He waved at one of them when he woke up

On Tuesday morning, a group of Birmingham uni housemates woke up to find a random man in their kitchen, who cooked their food, tried to steal their TV, and even urinated on their sofa.

The drunk intruder drank their alcohol and stole their toaster, then disappeared before police arrived.

Cala Ricketts, a third year English student, told The Tab how her housemate realised a stranger was in the house when she was getting ready for work early that morning. 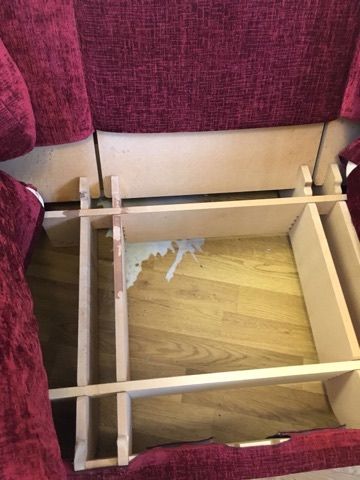 At first Cala's flatmate, Niamh, presumed it was somebody's friend who was crashing on their sofa, especially when he decided to wave at her. 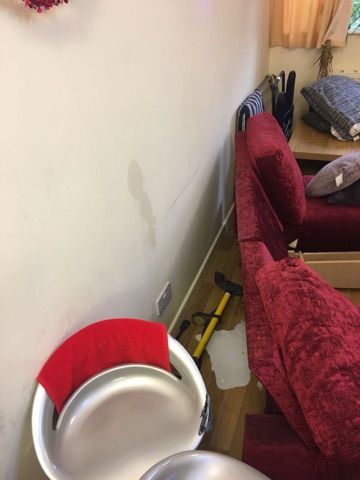 Numerous liquids were found on the floor

What seemed like an attempt at a sandwich was strewn about the room, as "there was my bread, cheese and butter thrown around," says Niamh. "He had a bottle of alcohol with him and seemed very drunk."

Not content with the failed sandwich, the intruder had helped himself to some more food. "He'd gone into our freezer and cooked our food and even ate the chocolate my flatmate had received for her birthday," Cala told The Tab Birmingham.

Cala also said she thought he was trying to steal their TV, which had been ripped off the wall. 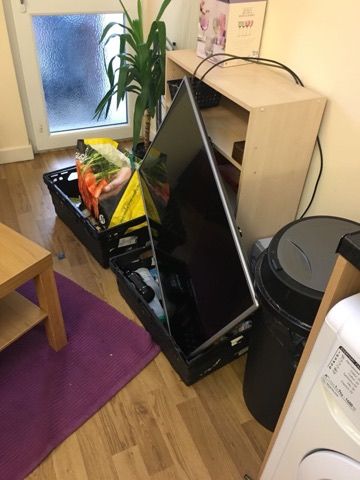 The TV was left on the floor, along with the aerial, leaving just the support bracket in its place. 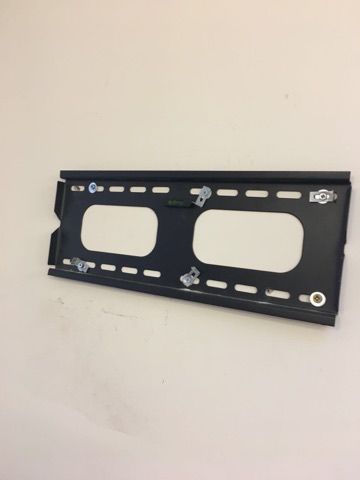 After questioning how the man got inside, Cala and her friends found he opened the front and back door and opened all the windows in the kitchen.

They quietly rang the police, who arrived in eight minutes, but the man had already disappeared.

The police brought in sniffer dogs, who followed his scent to the back garden and alleyway. Their missing toaster was also found in the back alley.

Cala and her housemates, obviously terrified by the ordeal, had no idea how he got in. "We check the back and front door and windows every evening as we are extremely safety conscious, so we are utterly confused to how he got in the house."

Still even in broad daylight, the housemates are worried if he or another intruder could get into their house. Cala said of the ordeal: "Luckily we managed to get our locks changed and we have a professional cleaner coming over to deep clean the sofa."