We’re doing it without meaning to

We are all guilty of some form of mental health hyperbole, but most of us probably don’t even notice we do it. 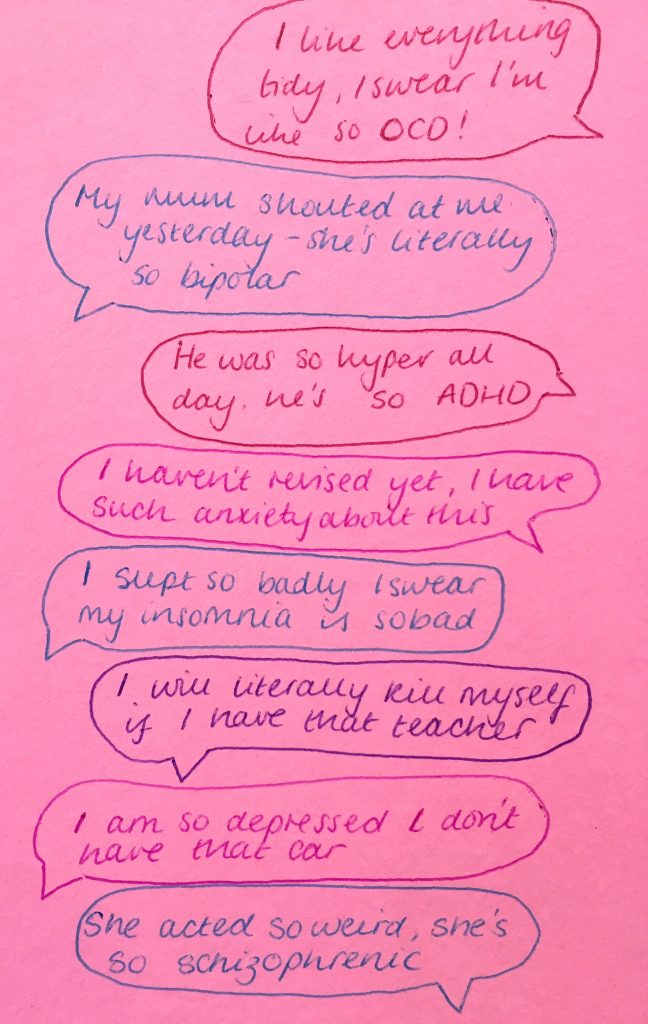 “This weather is so bipolar”, “he’s so OCD with his stuff”, “she’s so schizophrenic”. Many of us hear, and say, these statements all the time. But in the grand scheme of things, we are actually reinforcing the stigma surrounding mental health.

One, we’re using the terminology wrong and therefore are disconnecting the language and the real meaning. Two, it undermines the severity of these disorders. Three, it minimises the experience of these illnesses and can even put people off seeking help because admitting to these terms are linked to dramatisation.

So, instead of telling you to stop saying these types of things I think it will be better served to identify what these illnesses actually are, and why it’s offensive to throw them around like this.

From anthropologists to activists, botanists to boxers, novelists to NASCAR drivers, mental health issues can affect anyone. So, for whoever you identify with, stop using mental health language as adjectives. 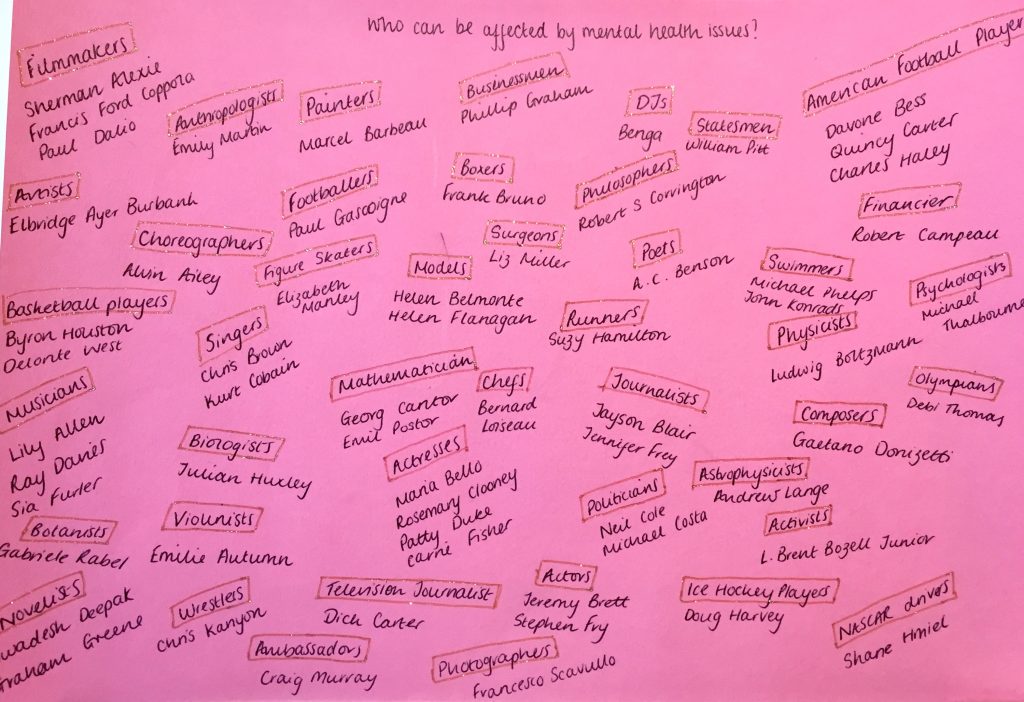 “I’m having a total panic attack”

If you’re able to state that you’re having a panic attack, you’re most probably not.

“She’s so OCD she likes everything so tidy”

OCD isn’t about being tidy. Using OCD this way is misrepresenting the illness at hand. OCD is actually when someone gets unwanted feelings or images. These images create intense feelings of anxiety. To relieve this, sufferers perform repetitive behaviours or mental acts that they believe will relieve the anxiety. For example, someone will get an unwanted thought that their house will be burgled. Therefore they will check the locks on windows and doors in a particular pattern before leaving the house.

OCD can take over people’s lives as these thoughts and the repetitive actions interrupt their daily lives. So, once again, it’s not about liking things to be tidy.

“This weather is so bipolar”

Using bipolar disorder as a way to describe something’s changeability takes away from the severity and realness of the issue. Bipolar disorder can cause individuals to move from dangerously euphoric to severely suicidal, and statements like this make light of a debilitating mental health issue.

Despite how unstable, unpredictable, up-and-down, confusing, using anything else to describe it is most certainly better than “bipolar”.

“I will literally kill myself”

You fail a test, the person you like has read your message and not replied. These are such insignificant incidents yet many of us resort to statements like this. It happens so easily, in a time when we are overly dramatic with everything. We need to stop throwing around statements like this because it normalises suicide. Comments like this can make people who suffer from suicidal thoughts avoid speaking about it because it is so throw away.

Words are powerful. We have to use them constructively and thoughtfully. It isn’t about avoiding expressing yourself, it’s about ensuring you don’t undermine a serious illness that someone is suffering from.

If mental health issues become something that everyone constantly has, because of this dramatic rhetoric, the symptoms aren’t taken seriously.