WEASLEY IS OUR KING

Was he Fred or George? 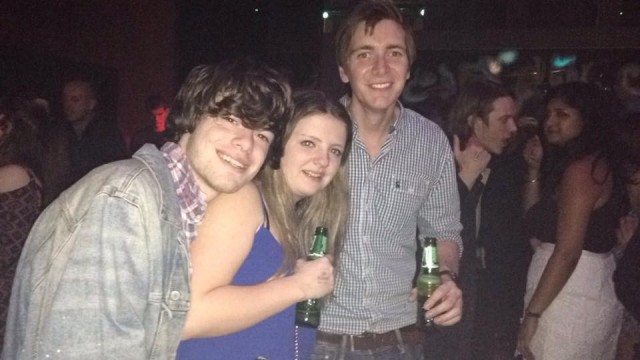 Fred or George? No one seems to know.

Katya said: “Someone said one of the Weasley twins was there so I went up and asked for a photo.

“He didn’t look too impressed haha, I think he was probably fed up of people asking. His friend took the photo for us.”

The question still remains as to which of the Weasley twins it actually was in the Birmingham club – Fred or George?

Katya added: “I know their real names are James and Oliver Phelps but I have no idea which one of them it was.”

She believes the twins are local lads: “I think they might actually be from Birmingham, my housemate has served one of them in a box at Villa.”