Voting is now open on mybham. But before you vote, Torin explains why you shouldn’t vote for anyone in the group ‘Vote Guild of 2014’

Walking through campus earlier today (I say campus, what I mean is the green grocers graveyard that is my daily cardboard nightmare) I resumed my usual loathing of Guild politics. Our beautiful campus reduced to a bizarre no man’s land. Desolate and barren between our aggressors (the candidates) and us (the apathetic masses). Their ridiculous overkill making my once pleasant walk to university collateral damage in a battle to make me give a shit.

Something has caught my, and many others’ eyes, however. Many of you will have noticed the ‘2014’ slogan being sported by six candidates. (below) 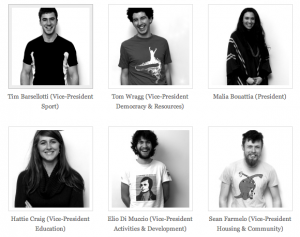 Professional black and white photographs of the candidates laughing and smiling tell you “Hey, we’re classy but you can tell we like to have fun like real people too!”

I’m not convinced. This slick union (slate) to me is the most sinister force in Guild politics since that guy with the black helmet and aspirator proposed replacing the Guild with something called the ‘Death Star’.

You might wonder where my concern comes from. These individuals are obviously sincere and passionate about their cause. Serious enough to spend great time and effort developing an impressive website, having professional photos taken and dominating social media with ‘GuildOf2014’ YouTube, Facebook and Twitter accounts.

According to a statement published on their website, 2014 aim to fight what they see as a problem with democracy in the guild.

“The Sabb team, finding that their roles are not so distinct as they might have thought, descends into internal division and bickering as each Guild officer comes to realise that their policies and beliefs are often at odds with those of their colleagues.”

Or put another way, it’s really irritating when people oppose your ideas. What you need then, is a total monopoly over guild positions. Two of the 2014 candidates (Hattie Craig and Thomas Wragg) are running totally unopposed. A dictator’s dream! I question whether they were the members who drew the short straws and were cajoled into running for positions they didn’t really want just to further the cause.

The irony is, that this well financed movement contains fragments of a movement known as “Reclaim the Guild”. Liked by the infamous Ed Bauer on Facebook, which alone should tell you it’s probably pretentious, irrelevant and deluded. Feel free to read their ten page report on how to increase democracy. Once you’ve digested that, consider this… 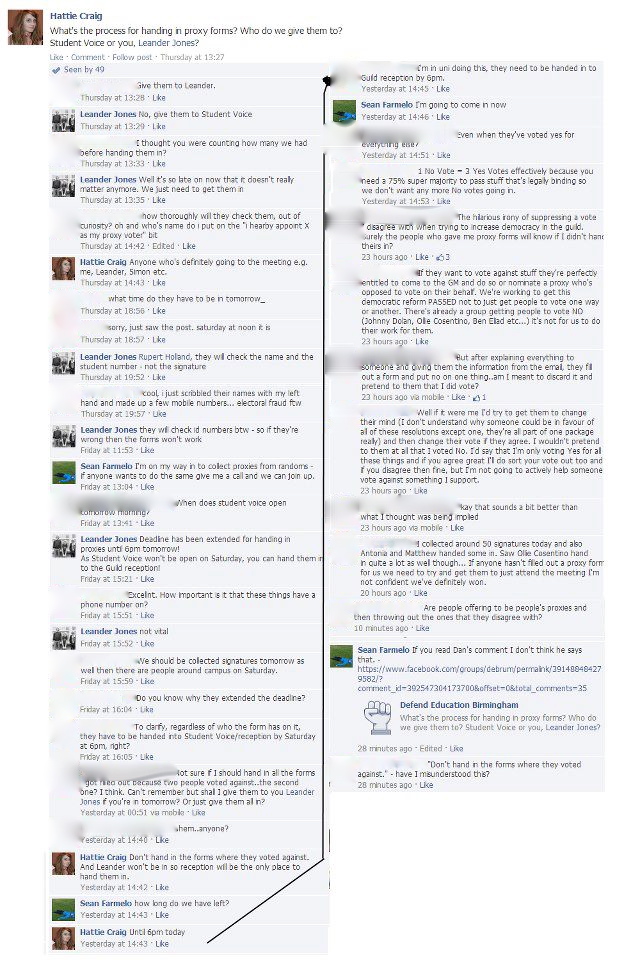 Two out of six of the candidates, Hattie Craig and Sean Farmelo (also Reclaim the Guild fans) were two of the named and shamed of ‘Proxygate’, in which the democratic process was made a total mockery of – “electoral fraud ftw”.

The very idea of allowing these hypocrites to stroll into power sickens me. This sinister force need opposing at every opportunity, and I urge you to do so. Vote RON for VPE and VPDR.