Tab columnist Will Amott questions why Sports night was branded as ‘Motion @ The Hub’ instead of the club’s true identity: a gay club called Nightingales.

Would as many people have gone to the new Sports Night if they had known beforehand it were held in a gay venue? I really hope so.

The last Sports Night was called Motion and held at The Hub, Kent Street. I imagine a lot of people reading this article went. I went. It was teeming with sweaty young bucks and fancy-dressed does making eyes at one another. An excellent night. 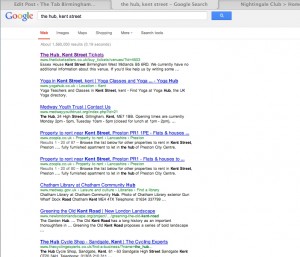 However, something struck me as odd. ‘The Hub’ doesn’t seem to exist, according to Google.

Type in ‘The Hub, Kent Street’ and you will see a ticket website for the event as the first link… and that’s it-unless you’re looking for a link to a library and a music-school for children.

I’m not suggesting that we all indulged in some sort of collective hallucinogenic construction (let’s leave that business for when at Rainbow Warehouse), but instead that the lure of £1 selected shots and £2.50 snakebites belied what was actually being enjoyed. 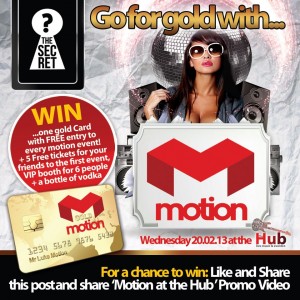 New monthly event at ‘The Hub’, aka Nightingale Club

If you instead were to search online for ‘Kent Street, Birmingham’ or ‘Kent Street club’, you’ll find that dozens of links all pertaining to the gay venue, Nightingale Club, commonly referred to as Gales.

Gales is no hidden gem.

The fact Wednesday night’s name was changed is fine by me. Motion is one of those trendy words that attracts the majority. I object, however, to the rebranding of Nightingale Club itself as The Hub.

I asked fellow students their opinions. One thought that the rebranding may be “pandering to some students’ possible distaste of being in a gay club” and, if this is true it’s disgraceful.

Who organised this night and thought it was okay to pretend that people were not going to Gales? Because they were. And they did. And they had a good time. Does that make them gay? No.

It is shocking to me that, at this time, a club has to hide a huge part of its identity to get people through the door.

It was an excellent night for many – great drinks deals, music, the lot – but next time let’s leave the dressing up to the various sports societies; the venue doesn’t need to.

The next UoB Sports Night should be publicised as Motion @ Nightingale Club.