The Battle to save my Hair, my Dinner and my Dignity

Luke is off the anti-biotics and is celebrating with innovative style. He’s invented a drinking game.

If you read my last article, you’ll know that I’ve been unable to drink for an entire week. And it’s been an interesting one. I’ve discovered that my hands don’t actually blur when I move them and that I only have half as many roommates as I’d thought and that they don’t all have identical twins.

It did make me miss drinking though. So much so, that I’ve been filling the void with increasingly insane challenges. But after snorting all the Tabasco, eating all the cat food and drinking all the mint sauce, something was missing. Which is why, even now, I’m playing a drinking game.

Here are the rules. Every two lines of this article, I do a shot. Every spelling mistake, one of my mates takes a cut of my hair. 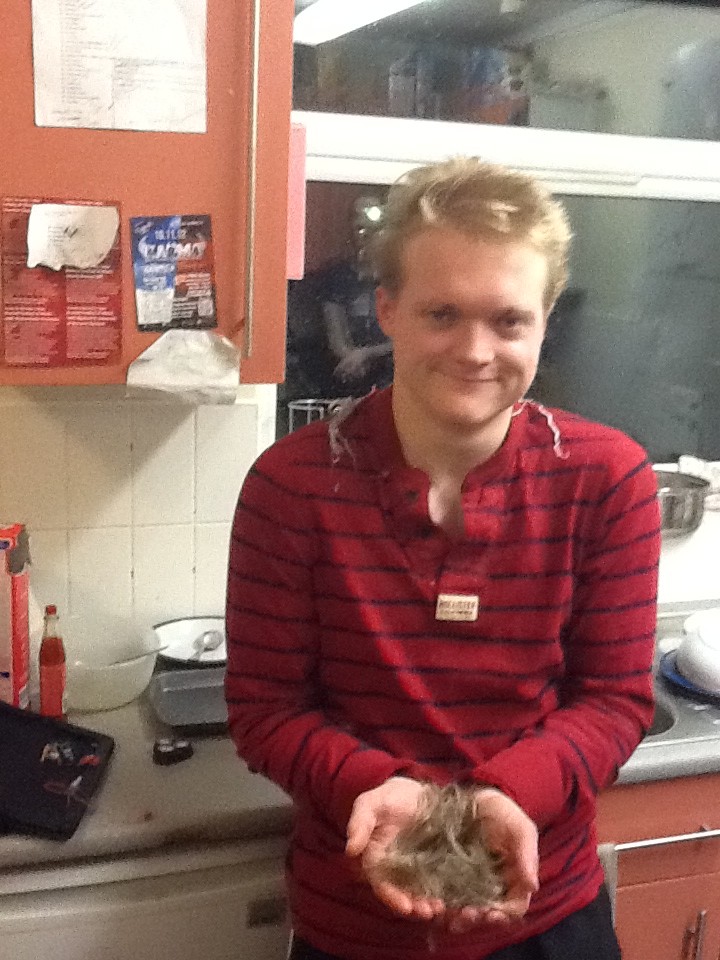 152 words in and the hair is coming off

The bad news is that I’m only 152 words in. The good news is that Wayne Rooney has agreed to buy the hair from me. Which is odd, you’d think a chimp could grow hair.

If any of you want to play this game at home, it’s dead easy. All you need is:

2)     A substantial amount of alcohol

Two of my friends have agreed to join me in our celebration of stupidity. They aren’t doing vodka shots but one just did a cocktail of coffee, bayleaf, salt, cat food and chilli. Another just snorted cat food off our breakfast bar.

The game is actually quite clever, not taking part, but the concept. If you pootle around Emile Heskey chasing a football the alcohol hits you and you lose more hair. If you rush at it like Emile Heskey chasing a chip van, the vodka doesn’t hit you but you hit the wrong keys, more mistakes are made. And yes, I’m aware of the irony that I’m trying to avoid mistakes in a game that is objectively a mistake. 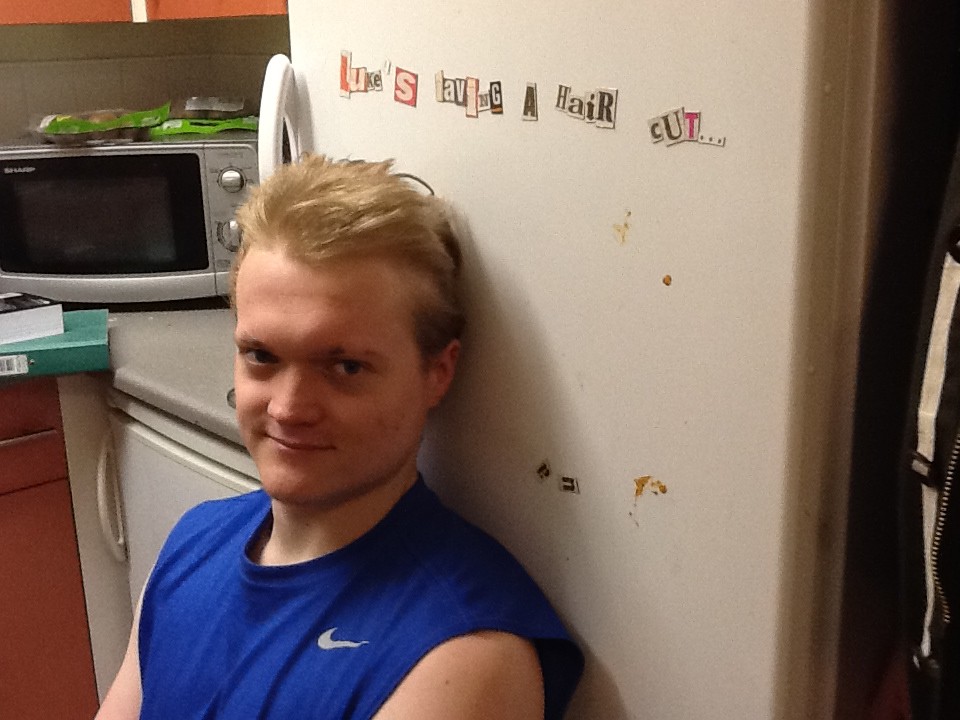 May as well do the eyebrows whilst I’m at it

In case you’re wondering, I’ve been through this article and spell checked it. I wouldn’t have done but I figured you didn’t want to read fwjwihowdiouwl for 500 words. That word looked more Norwegian than Welsh. Probably. I don’t know. I’m drunk.

And now I’m filling until I’m done with my 500 word deadline. I’m sorry if you expect something  really clever and observant. But I’m an alcoholic and I’m trying to pump out this article.

I’ve just got to reach the limit of 500 words and I can collapse in a pile of my own sick and hair trimmings.

Almost, almost, getting there, so close. YES. SCORE. TOUCHDOWN. YAHTZEE.

Shit, I actually did it 38 words ago.

I love you all. And I hope you have better hairdressers than me. I’m going to go and try on hats.

I’ve been walking around campus today and as well as a hat model I’ve become a walking billboard for the Tab. Although I’m fairly sure some people now think the Tab is a shit barber.