‘If Higher Education is to survive, it has to change’: AU lecturers on why they’re striking

We spoke to those at the picket line

The second wave of strikes this academic year began yesterday following a failure for the union to reach an agreement with university bosses. All over the UK hundreds of lecturers and students have been gathering in protest outside their universities.

At the picket line by Aberdeen University's main entrance, a group of lecturers stood in the cold and wind this morning to protest their work conditions, amongst other issues. When asked whether they thought this strike, which is the third within two years, is likely to help, one lecturer piped up "Ask the principal". 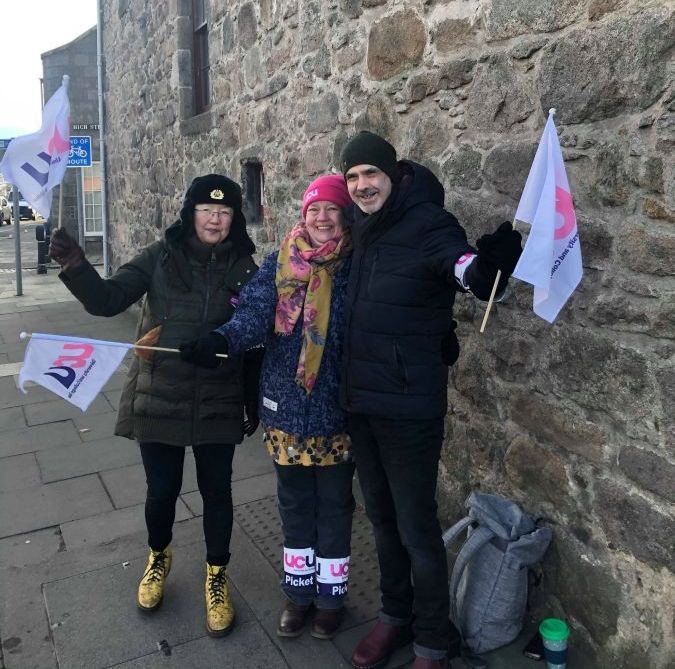 According to Dr Malcolm Harvey, a lecturer for the School of Social Sciences, there's been "significant movement from some employers" whilst others are "blocking pay rises". He went on to say that there has been some movement on pensions, working conditions, and casualisation.

Referring to the working conditions and casualisation in particular, another lecturer stated that "you can't sustain an academic system like that" and "if Higher Education is to survive, it has to change".

Have a look at this breakdown of UCU’s demands in our ‘Four Fights’ higher education dispute on pay, equality, workload,…

Posted by UCU – University and College Union on Wednesday, February 12, 2020

Dr Emma Dolan, another member of staff from the social science department stated: "We really don't want to do it, it's awful. We want to go back in and teach students. We love our jobs!"

Despite being "cold and exhausted", the lecturers here agree that this is a fight they "will not give up on". 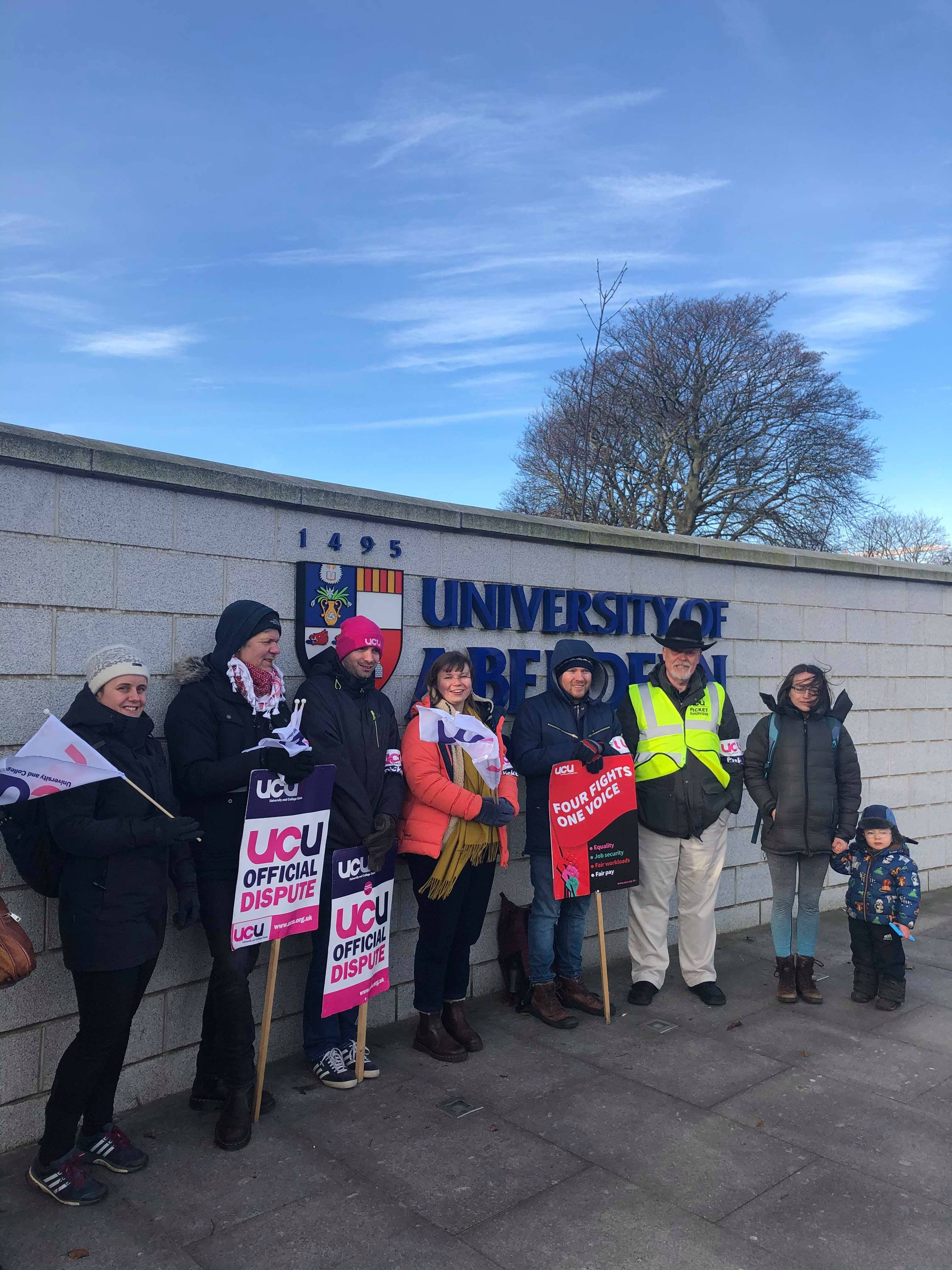 Lecturers at the picket line by The Chanonry say they're very cold, but are playing music to keep the motivation and good mood up. They "see a lot of student support" and are often honked at in support by passing cars, too.

When asked whether he thinks this strike will help their cause, Dr Wayne Price, a senior lecturer for English Literature and Creative Writing, replied that "nothing much changed after the Winter strikes", but this time there is a "really good turn-out".

According to Dr Price, "employers need to see there's mass support" and staff are "determined to get a fair settlement" for all.

The strikes are set to continue over the next three weeks, with two marches planned on the Tuesday 10th March at Foresterhill Campus and another on the final planned day of strike action, Friday 13th March, at the main campus.