The leaflets could be found on campus 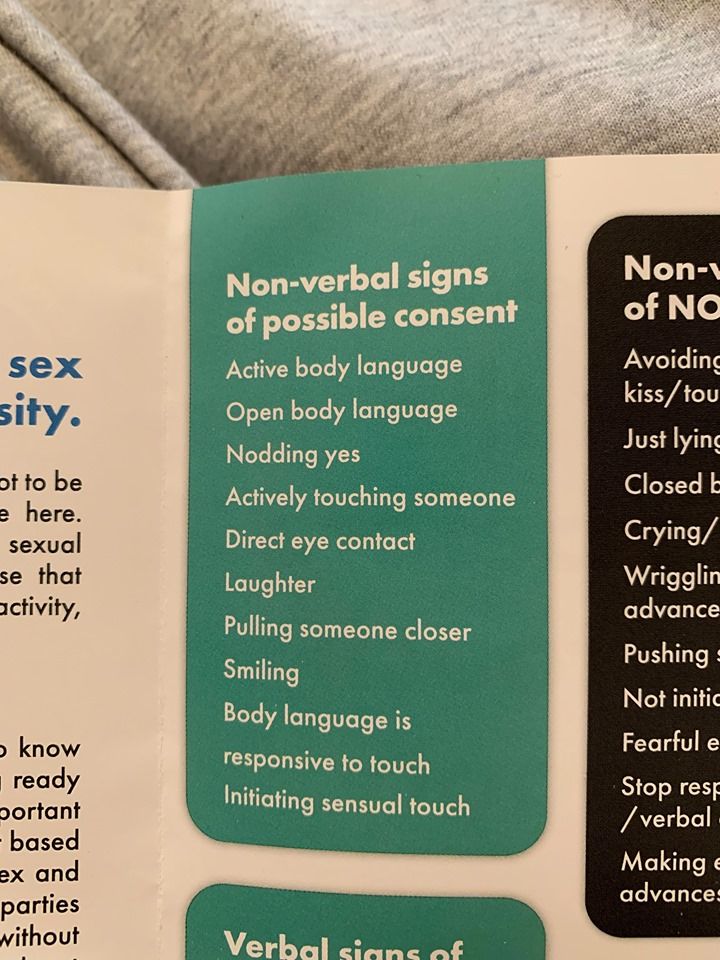 The leaflets were available across campus and include information about consent, contraception, useful resources and the work of the group itself. Due to complaints the leaflets are now being taken out of circulation.

On the second page are lists of what can be seen as both verbal and non-verbal ‘possible consent’ and ‘no consent’.

According to the leaflet, phrases such as “yes I know” can be considered as verbal signs of consent. 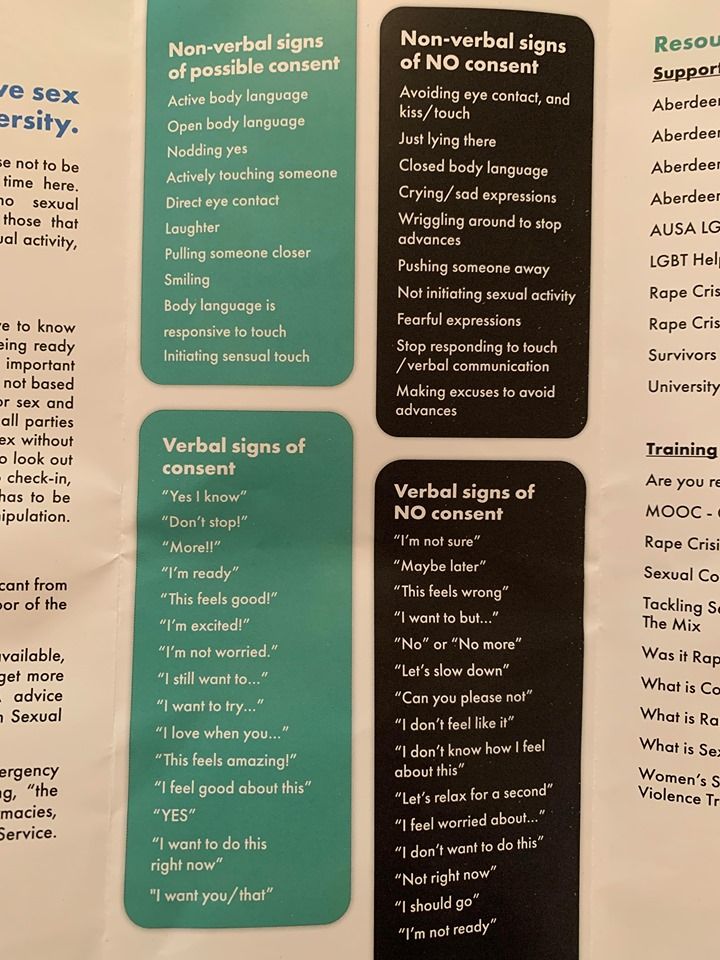 The CASE group describes itself as “an intersectional, feminist, anti-racist group run for students, and by students at the University of Aberdeen. We seek to reduce sexual assault and harassment through raising awareness about consent and by educating Aberdonians on preventive measures.”

Aberdeen students are already taking to social media to express their distaste towards the leaflet:

The Aberdeen Tab contacted the CASE group to ask about ‘smiling’ and ‘laughing’ as signs of consent and a representative said:

“Our pamphlet on Sex and Support provides a list of various non-verbal and verbal signs of possible consent as well as a corresponding list of signs of no consent.

“We are aware that some people have reacted to the inclusion of non-verbal signs of possible consent as it is not consent without verbal cues. We completely agree with this! The key word for this section of our pamphlet would be “possible”, as non-verbal signs in particular cannot be used to determine consent and are often misunderstood (smiling and laughing are especially often seen as consent to proceed with various sexual activities without that being the case).

“However, listening only for verbal signs of possible consent without paying attention to a person’s non-verbal cues is not a good way to determine consent either. For example, a person could say yes due to feeling pressured, and in a situation like that the verbal cue could be present alongside non-verbal signs of no consent (such as avoiding eye contact, withdrawing from touch etc.).

” The purpose of having these lists included in the pamphlet was to alert people to these various signs so that they have a more thorough understanding of consent communication. We believed that the overall work of our group and the inclusion of the phrase “Silence is not consent” elsewhere on the pamphlet was enough to ensure that our message was unambiguous.

“Evidently this was not the case and we regret to have made anyone think that non-verbal signs of possible consent can replace explicit verbal consent. We will be working on making this clear for future iterations of our pamphlet and will take the current one out of circulation.

“Finally, we appreciate this having been flagged and encourage anyone with similar concerns to reach out to us, as we are continually working to improve as a group.

We would also like to apologise for any distress or confusion caused by us not being clear enough in our pamphlet. We will be posting our statement on our various social media channels. People can contact us on Facebook @ABDNCASE.” 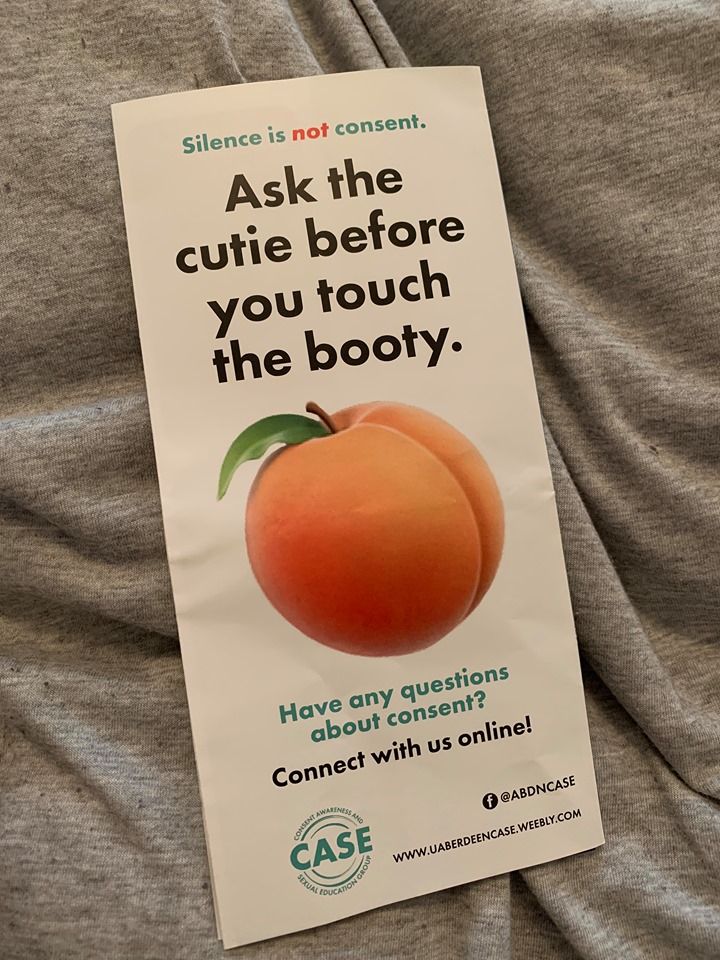 A spokesperson for the university said: “The leaflet referenced was produced by a student group and the University had no input into its content.

“We take the welfare of all our students and staff extremely seriously and the University constantly reviews and makes enhancements to its support services.

“The University hosted two sessions on sexual consent in conjunction with local group Choices Aberdeen as part of student orientation this September and we will look to enhance this next year.

“As part of our commitment to empowering our community and enhancing the wellbeing of our members on and off campus, we launched the Report Support service in February which provides a ‘one-stop shop’ that signposts users to all relevant support services and to report any incidents of sexual violence or harassment.”