I’ve never been more ashamed to be a Warwick alumna

And I’m not the only one

Nine months. It's been nine months since the first Warwick group chat was exposed. A horrific conversation between 11 male students at the university, in which they were racist, sexist, anti-Semitic and ableist. But worst of all, some of them talked about raping fellow students, their friends. They said it was a joke, but to any girl named in that chat, it was a direct threat.

After media uproar, the university concluded the investigation, announcing they've excluded the worst perpetrators. And now? Those chargers have been radically reduced, with all the boys bar one, coming back to uni next year. They will be studying alongside some of the very students they threatened to rape.

My three years at Warwick were wonderful, but after all of this I've never been more embarrassed and ashamed to say I went there. And most of my friends feel the same. What the university doesn't realise is, once it lets a group of vulnerable young women down, it's letting all of us down. 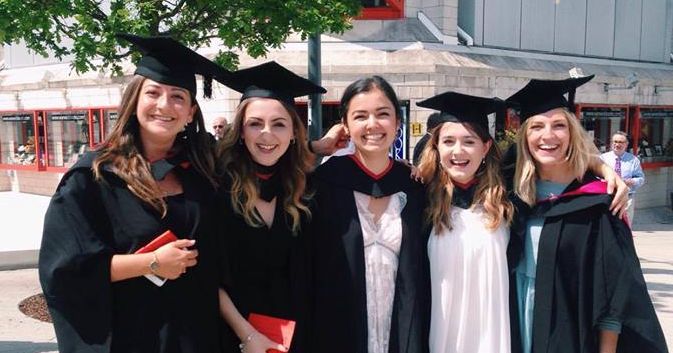 My graduation from Warwick University in 2017

Warwick University prides itself on being one of the best in the world, but that means nothing when they're allowing female students on campus, especially the victims of this horrible incident, to feel unsafe. One victim came forward, saying she was humiliated by the boys, failed by the uni and left in the dark about the investigation.

The boys never apologised. They never showed any remorse. Hell, they even created a second group chat and some said they'd do it all again. And after a light slap on the wrist, they're being welcomed back to uni with open arms, to study alongside some of the same female students they threatened to rape just under a year ago.

When people ask me what university I went to, I don't want to say anymore. Because all anyone remembers now, is the story of the boys who made rape threats against girls they knew in a group chat and got away with it.

It would be one thing if the university remained transparent throughout the whole process. But instead, everything was swept under the carpet once the story went off people's radars. The university press department cut all contact with The Tab for exposing the group chat in the first place and kept very limited contact with other media outlets. Without constant pressure from students, journalists and the public alike, Warwick would have quietly let those boys back in.

I don't want to be associated with the way the university failed to deal with this incident and neither do hundreds of other alumni. If I was applying to university now, would I go to Warwick? Absolutely not. And until every female student at Warwick feels safe, I'd urge everyone else to avoid it.

People don't just forget this kind of stuff. The university failed to protect and care for the women involved in this ordeal. And now thousands of people across the country won't want their daughters, sisters or friends ever going to Warwick University.