‘We were humiliated’: Warwick group chat victim speaks out

A female student at the University of Warwick who had rape threats made against her has spoken out in an open letter.

The letter, which was published by The Boar on behalf of the woman, comes after the university's decision to allow four of the boys to return to campus next academic year.

The female student details how her mental health has deteriorated since the chat was exposed, blaming the university for not adequately supporting her and other victims of the chat. She says she felt "humiliated, as if for sport" within the chat, and that the boys' punishment is no more than "a slap on the wrist".

"I have enjoyed some of the best times of my life so far at your institution – but more of the worst. Over the past eighteen months, I have relapsed twice into my depression. I have relapsed into my eating disorder. I have developed anxiety and have been on medication for it ever since. You have failed to protect countless students like myself, and don’t even have an adequate system in place to look after students who are suffering and hurting.

"I had imagined my university years would be the best of my life. I arrived and met some of the most amazing people I thought could exist, and made best friends I thought would be for life. Until we discovered the group chat." 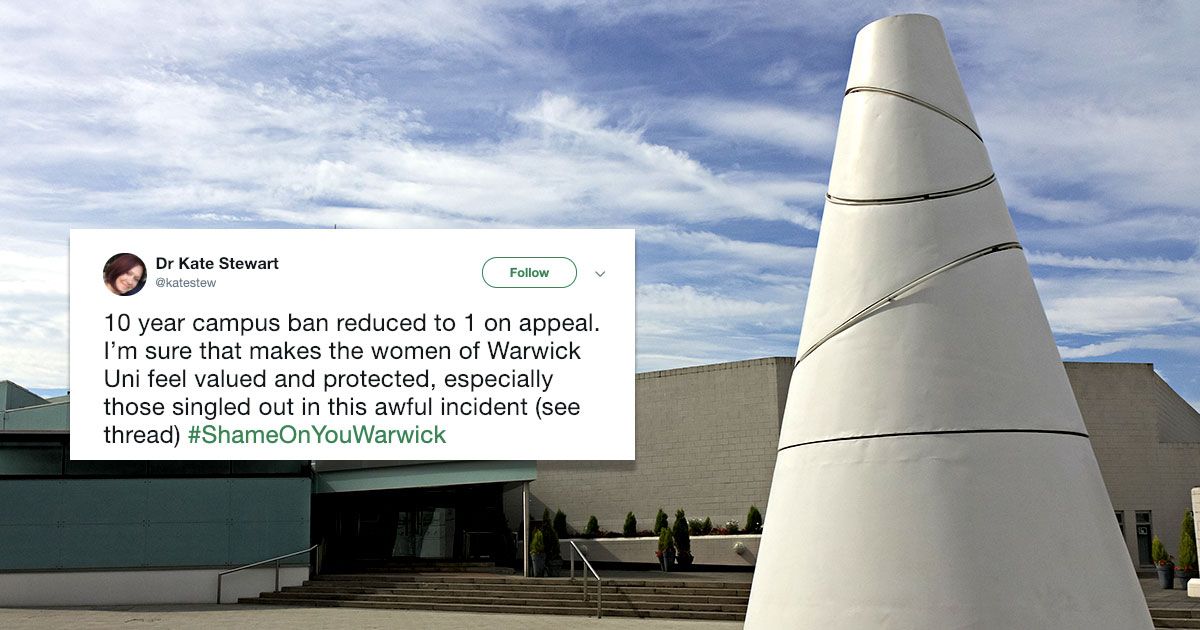 The letter continued: "Words cannot describe the heartbreak that overcame myself and other victims. We were discussed so violently. We were humiliated, as if for sport. These boys were my friends – like my brothers. And they destroyed me. To think of the friendship, I had with them – to recall that some of them had slept on my floor, met my parents and knew where I lived – and then to read the threats made behind my back was beyond difficult.

"Racism, sexism, sexually explicit descriptions, ableism, threats of sexual assault, and homophobia. Are these issues on which Warwick has nothing to say? Does the university want its students to feel that such threats, comments and ‘jokes’ are acceptable and normal? This is the message sent out by the recent decision to allow the perpetrators back onto campus next year.

"Warwick consistently ranks as a top 10 UK university, and potential world leaders of the future are educated every day on our campus. It claims to be inclusive for all races, sexualities, sexes, genders and religions. Allowing the boys to return so soon means they have had nothing but a slap on the wrist. They have been in these sorts of chats before and whether it was a private chat or not, they made their intentions clear. The whole country saw the chat that was exposed. They then made another one. Even after being disciplined, there was no show of remorse.

"Most importantly though, you have forgotten about and humiliated the victims. This year has been mentally and physically exhausting – a nightmare that not even moving abroad has been able to protect me from. My university abroad has been far more helpful in offering support for my mental health than you, Warwick. I know I’m not alone when I say that coming back is no longer a prospect that excites me as it once did.

"In fact, I feel terrified at the prospect of having these boys in my seminars and lectures, as they sit there feeling guilt-free. Knowing that I may have to come face to face with them again just to continue my education is unacceptable. Even when this chat first came to my knowledge last year, only 3 of the 11 bothered to try to repair our relationship; one of them in particular was more concerned and vocal about me keeping my mouth shut.

"Consider the staff too. Countless lecturers and researchers invest so much of their life into your institution. I doubt many will be comfortable teaching such students, and question whether they will want to continue teaching at a university that looks out for them.

"You expect us to return from semesters abroad and study alongside these men? You expect prospective students to continue applying to a university that prioritises them over those of us who do not feel safe? It is a source of shame for past, present and future Warwick alumni that you lack the courage to stand by us.

"Who are you protecting Warwick?" 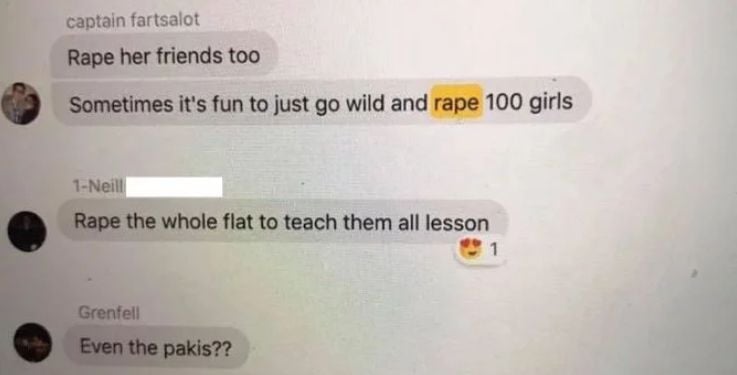 Rape jokes were made against other female students on campus

In May last year, 11 male Warwick students were suspended after their group chat including rape jokes and racist and misogynistic comments was exposed by The Warwick Tab.

The threats made by members of the group chat included comments such as "sometimes it's fun to just go wild and rape 100 girls." Messages were also sent referencing girls known to the boys who were also studying at Warwick Uni, such as "she looks like a rape victim".

One member has been banned from campus for life, two were originally given 10 year bans and another two were given one year exclusions. Three were fined, or given other minor punishments. After a successful appeal, and despite a second group chat surfacing where the boys showed little remorse for the first chat, the two boys banned for 10 years are now only banned for one year, meaning four members will be returning next academic year.

Thousands of people have expressed their anger at the university for not punishing the members fairly, claiming the university has failed to protect the victims.

In response to the complaints, the university commented: "Although we've seen much discussion on recent events at Warwick, we’re unable to comment on individual discipline cases. We'd like to advise any students or staff who've been affected to contact Wellbeing Support Services or the Students’ Union Advice centre for support." 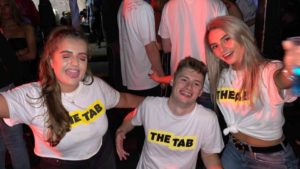 Ready to start your student journalism career? Write for The Warwick Tab!