“The only nice guy with a beard I know.” (Rory Bremner on Alistair Moffat)   The stand caught up with Alistair Moffat, a candidate in this week’s Rectorial elections. Alistair […]

“The only nice guy with a beard I know.” (Rory Bremner on Alistair Moffat)

The stand caught up with Alistair Moffat, a candidate in this week’s Rectorial elections.
Alistair graduated from St Andrews in 1972 and left with a few bruises from the rugby pitch, a thirst for Criterion ale and a degree in Medieval History. Oh and he met his wife, Lindsay, at a party on Lamond Drive! 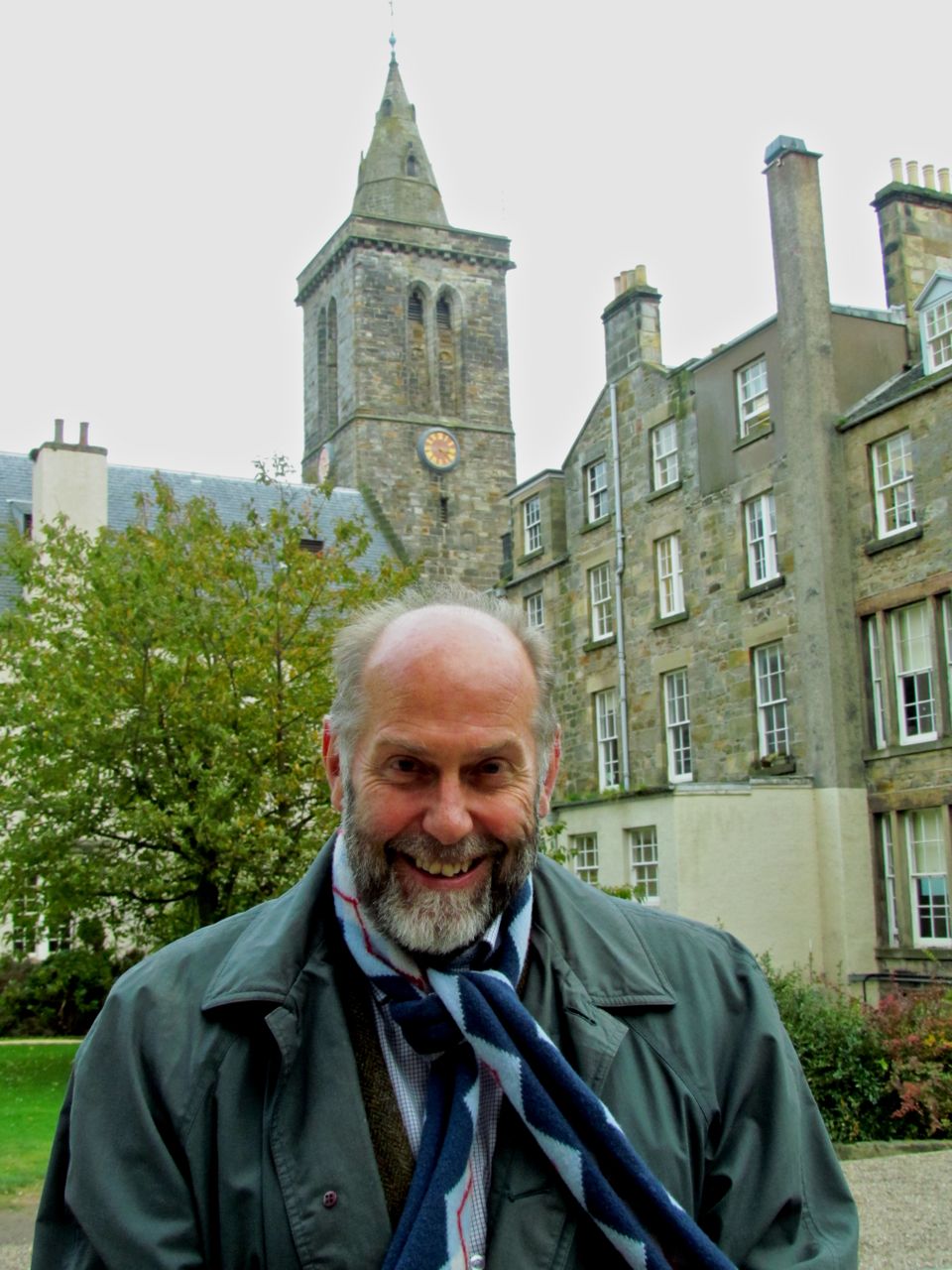 “Freshers’ Week memories… I remember the Sallies bathrooms… and this Eton boy rolling down his trousers, sitting on the loo and chatting away to me with the door wide open so that we could carry on our conversation.”

This is the kind of St Andrews Alistair wants to capture – the closeness, the community and the assortment of fascinating people. Alistair speaks of the opportunities available to him here and indeed, the chance to study here in the first place:
“Without a maintenance grant and government support – St Andrews would have been off limits to me. In the seventies Council House Boy and Eton Boy sat side-by-side, and here at St Andrews we are equals.”
The stand asked what he would do as Rector in light of the £36,000 RUK tuition fees decision by the University Court, as he was instrumental in the Stirling University Court’s decision to cap RUK tuition fees at £6,750 per year.

“The principle of different rates for different people is fundamentally wrong – how can a student from Carlisle ten miles from the border be faced with this mountain of debt?”

Moreover, Alistair is adamant that something must be done about the high cost of living in our town, and promised that as Rector he would fight the divisive effects of tuition fees and accommodation costs. Alistair relishes the opportunity to chair the University Court, putting such student issues at the heart: “My priorities are those of the students.”

Widening access is a key element of his manifesto:

“I’ve spoken to Louise Richardson about initiatives of Professors going out and visiting schools where students display a thirst for academia but their grades and background are not the norm for St Andrews. Offering a number of places for students, who do not have the necessary support to be able to submit a strong application – ideas like these have been discussed.”

Alistair posed the question to us: “Is St Andrews, with only 36% of the student body from Scotland, a Scottish university or a university based in Scotland?” Issues of culture and the role of universities in a cultural nation appeal to the former Director of the Edinburgh Fringe Festival. His impressive career in the Arts began when directing the Edinburgh Fringe Festival 1976–81, building it into the largest arts festival in the world. Since his time at the Fringe he has been Director of Programmes at STV winning a BAFTA for his documentary, Lockerbie, and serves as Director of Book Nation, a Scottish National Literacy initiative.

Alistair is eager to support student societies and is planning to meet with the heads of every society to find out their priorities for students at St Andrews. On meeting with Mermaids, Alistair is keen to offer his advice over the changes facing the On the Rocks students’ arts festival. He emphasises that Mermaids have to be realistic and practical about what On the Rocks is able to achieve in the short time frame, but said that were he elected he would be able to provide strong support with his numerous contacts.

“When I was first thinking about running for Rector, someone suggested that one of the central roles was to care for the students and I think that’s right, it’s about being everyone’s Dad.”

Alistair’s care and concern doesn’t stop when students have left St Andrews.
“Your generation is facing the biggest recession of all time, and I want to help students as much as possible when they leave here. Using the alumni network, we can ask for small donations of £10 or £20 a month to go towards a Student Endowment to be used for initiatives like Internship Bursaries, helping to support living costs for unpaid interns once they leave our cosy town.”

Alistair is a familiar face already and he’s cropped up across town flyering, knocking on doors and appeared in the Union Debating Society’s debate “This House Regrets the British Empire” a few weeks ago. This hands-on approach comes across when he talks about his fond memories, his career and his plans if elected as our Rector.

As the conversation came to a close Alistair remarked, “You know girls, campaign week has felt like a time warp – It feels like a sort of homecoming.”
To find out about his campaign events and further information on his policies visit his website.
Written by Lizzie Stone and Alex Holroyd, understand writer and understand Editor