The incidents of racial abuse lead to my moving back early for Easter. This is not ok.

On the 13th March 2020, I called my mum in tears inside the Boots on West Street. I had enough of the racism I endured. Since the word “coronavirus” hit our headlines earlier this year, I’ve gotten countless racist attacks, both directly and indirectly.

Although against my original plan, I moved home permanently that day. Yes, this pandemic did start in Wuhan, China. But China is a large country, the last time I visited was many years ago. Compared to the average British citizen, I am of no higher risk. Therefore, this is blatant racism. I’ve now endured so much of it over such a short space of time that it genuinely pushed me out of my own uni city. That’s not okay.

One of the first times I experienced coronavirus racism was when I was with my family, in a hospital. My sister was admitted to A&E due to an infection of the eye on the 7th March. It was not a fever or a persistent cough, which are common symptoms caused by the virus. As my mother, sister and myself sat waiting to be seen, it was evident no one wanted to sit on our row. This was way before the general public accepted social distancing, recommended by the government.  This already made us feel very unwelcome and added a lot of unneeded tension.

Then, an elderly man sat nearest to us, said not so quietly “out of all the places we sit in this hospital, it’s next to the Chinese”. We were already so stressed and worried about my sister, but this added comment just extended the negative feelings we had already felt all day. I wanted to say something, do anything, but I kept my mouth shut. 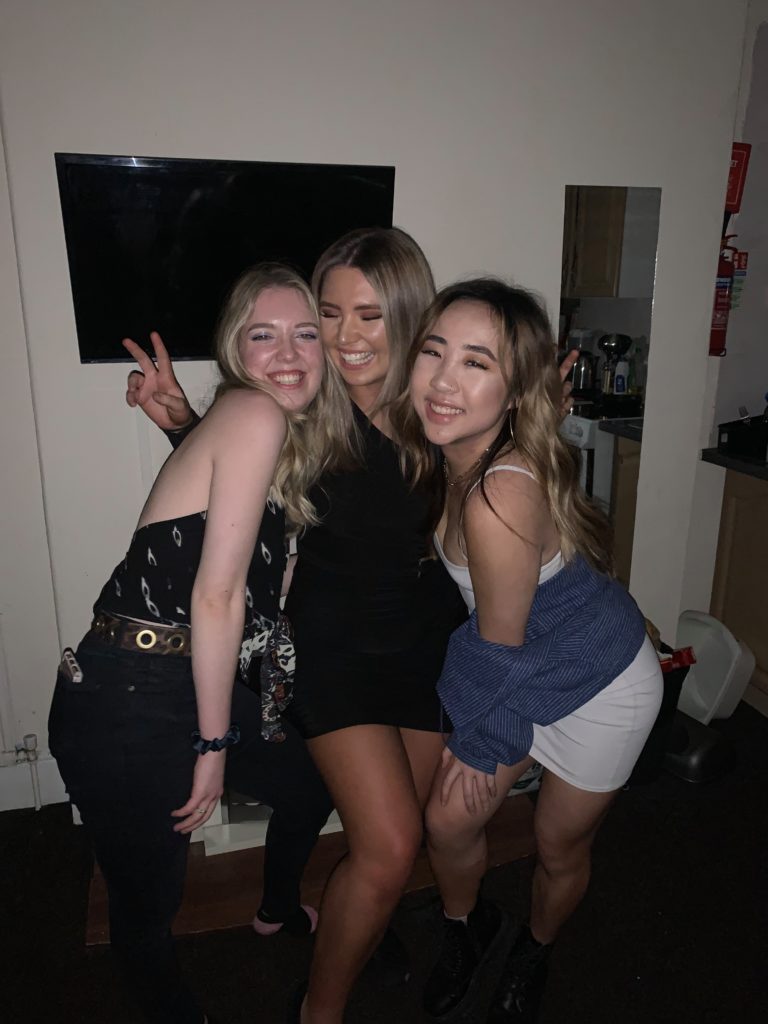 To make matters even worse, I’ve been attacked racially on dating apps. I was talking to a nice-looking lad on Tinder, but the conversation took a very sour turn. So far, it was light and breezy, and I opened the app on my phone to see what his reply was to my flirty joke. “Bet you have coronavirus” was all he put. This had no contextual relation to our conversation, so I knew straight away the only reason was that he wanted to make what he thought was a funny, race-related joke. My heart sank, and all it took was that one message to ruin my entire day.

A lot of the racism I’ve received has come through social media. Friends, people who I trusted, would share what they deemed as funny content, straight onto my home page on Facebook and Instagram. Something along the lines of “Chinese people eat everything”, and attached was a picture of an Asian person eating an animal that is not normally consumed in the UK. Great. Love that. 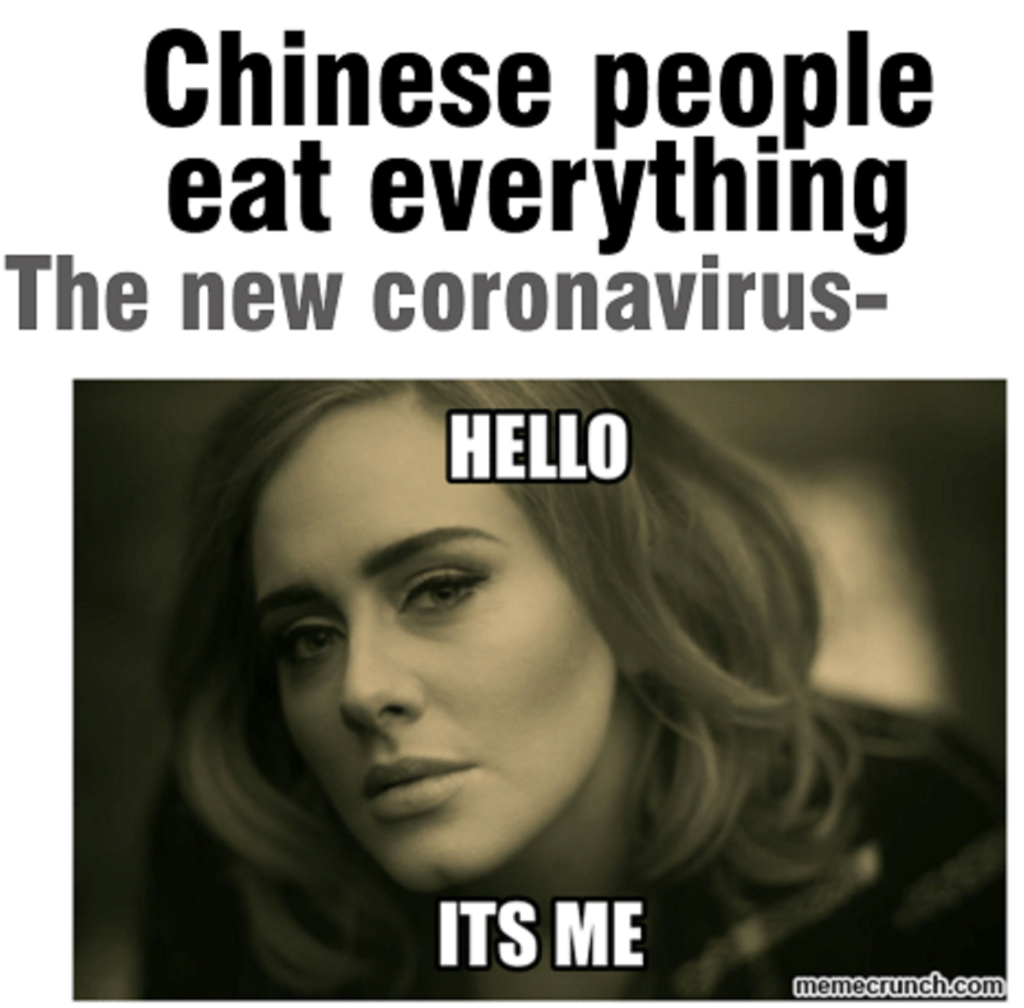 A girl I have known for many years posted onto her Facebook that the coronavirus should be called “Kungflu”. In turn, this adds lightweight humour to such a serious pandemic, all while casually, and racially, labelling the virus. I would avoid opening apps in fear I would have to face another one of my friends posting another “hilarious” meme. Although entertainment for some, the adverse impacts that these internet jokes have are huge, and mentally detrimental. The racial views involved with the virus is only further extrapolated with every like, every tag, and every post. 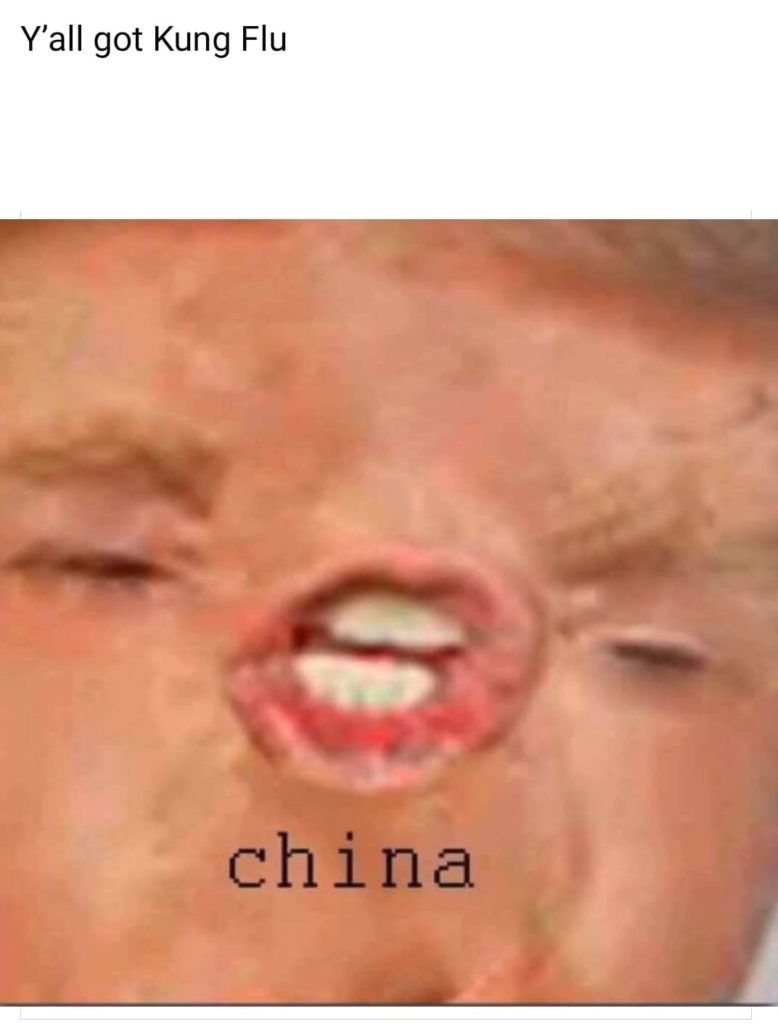 The day I decided to return home – the day that I called my mum crying in Boots – I had a GP appointment which was again, for reasons separate to any coronavirus-related symptoms. As I walked into the GP, I noticed subtle changes in the behaviour of those around me. Walking in, heads turned, everyone gave me a second glance. A girl looked up, and after I sat down, she moved away from me, to sit closer to another stranger. I felt frustrated and angry, because I knew what everyone was thinking, yet I couldn’t just outwardly say it. In line to pick up my prescription, a meter gap formed both in front and behind me.

Yet, this was not the case for anybody else, so it was just me. At this point, the implicit discrimination lead to me wanting to hide and run away. The anxiety I could feel creeping up my back lead to a small panic attack, and I couldn’t help falling into a blubbery mess. Looking around, not one person wanted to come near me. They were too afraid. Only a kind sales assistant gingerly pushed a tissue near me and asked if I was alright. Adding onto the horrible situation, I called my mum for support, and she said that she had also received a racial comment at work, making it all that much worse. 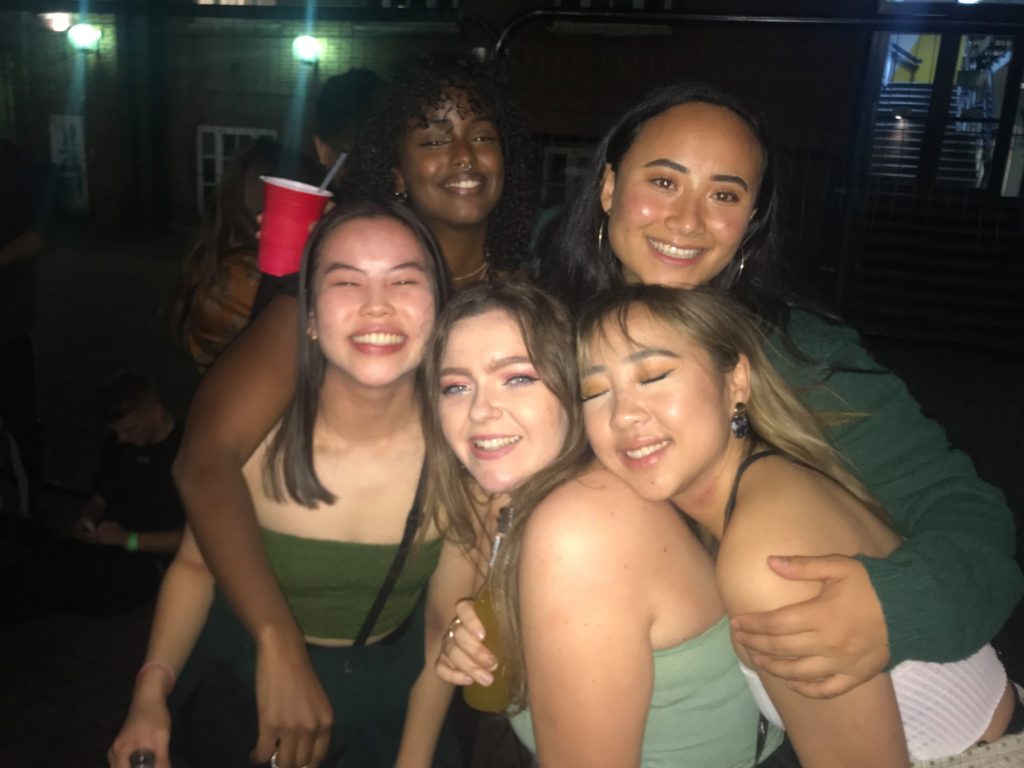 All I knew at that point was to pack up my things in a suitcase and catch the earliest train back to Manchester, going home early for Easter. Once home, I felt safer and in the comfort of my mum’s warm hug. However, the sanctuary of my childhood home doesn’t numb the pain from the attacks we Asians face on the daily, because of the virus. I know that there are many more individuals out there facing the same type of  racially driven, hostile behaviour.

I want to share my story today for those, like me, to find unity in our common hurt, and to hopefully feel stronger because of it. I want those who experience coronavirus racism to be told it is not ok and it’s not acceptable. Finally, for those who don’t think before sharing a funny coronavirus meme or an under-the-breath comment, consider who you are hurting in the process, and where are these opinions really coming from, humour? Or racism?