A Halloween fancy dress store in Sheffield has come under fire for selling a Nazi costume, The Sheffield Tab can reveal.

Party On, a shop on Division Street in the city centre, has all the usual fancy dress outfits including pirates, witches and animals.

But hanging next to them on the rail is another costume – a Gestapo Officer.

The Gestapo were the Nazi regime's secret police force tasked with silencing opposition to Adolf Hitler and rounding up Jewish citizens to be sent to concentration camps.

The costume on sale at Party On, the main fancy dress destination for students at Uni of Sheffield and Hallam, mirrors that worn by Gestapo officers in Nazi Germany and has a swastika arm band included.

The Holocaust Educational Trust, the UK's leading body working in schools, universities, and communities to raise awareness of 1930s Germany, branded the costume "offensive" and inappropriate.

Karen Pollock MBE, the Trust's CEO, told The Sheffield Tab: "I cannot see any scenario where 'dressing up' as a Nazi is an appropriate choice for fancy dress.

"I sincerely hope the shop reconsiders and removes such an offensive item." 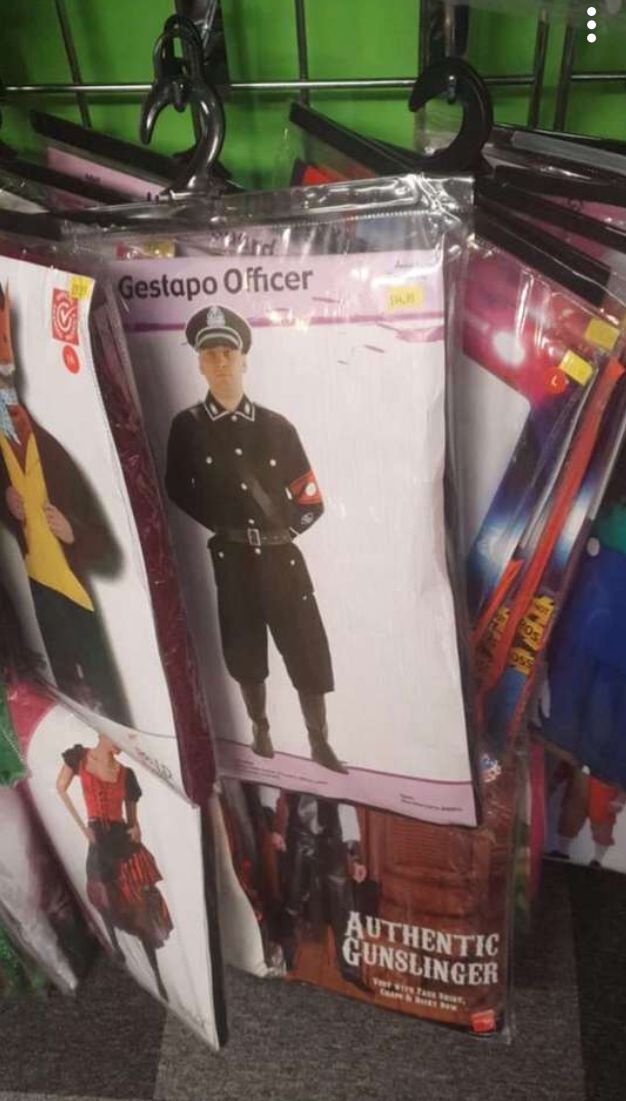 The costume in the Party On store in Sheffield

It is not the first time student cities have been criticised for Nazi costumes and gestures.

Last week a student at Leicester University was pictured on a white t-shirt social with the words “Hitler wanted my kind alive” scrawled on his back, while another student's shirt said "I'm a Nazi".

After national outcry, the uni banned all future white-shirt socials, as reported by The Leicester Tab.

In April a student at Oxford Uni was banned from Oxford Union for performing a Nazi salute and goose-stepping at a £75 Narnia-themed ball.

At Sussex University in 2016, a "before I die" messaging board was vandalised only 24 hours after its installation with offensive messages, with one reading: “Jet fuel can’t melt Jews. Holocaust was an inside job”.

The same year, students at Exeter University's Snowsports society had numerous antisemitic and White Supremacist slurs on their white t-shirts, including one which said: "The Holocaust was a good time."

The Sheffield Tab could not reach Party On for comment.

Students can apply for a higher grade over George Floyd trauma, Uni of Sheffield says