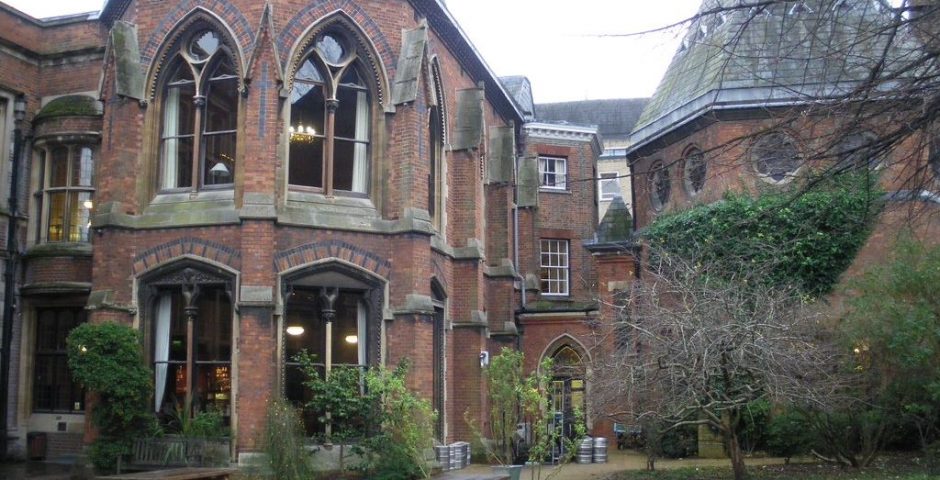 He said he was pretending to draw a sword, but was fined £40 anyway

A member of the Oxford Union has been banned after doing a Nazi salute and goose-stepping at a £75 Narnia-themed ball.

A trial by the Union's Intermediate Disciplinary Committee found the student guilty, suspended him from the union for two terms and fined him £40, report The Sun.

According to a witness, the defendant goose-stepped into the marquee where the "Into The Wardrobe" ball was going on.

With unlimited cocktails and live music on offer, the student said he was "discussing the military traditions" of his country.

During the trial, the student denied he had done a Nazi salute, instead claiming he was pretending to draw his sword.

A witness said they "saw the defendant with their arm raised at an angle 45 degrees above the horizontal."

However, the defendant denied he had done a Nazi salute, saying his arm was only raised five degrees above horizontal, mimicking how soldiers in his country draw their swords whilst goose-stepping.

He did, however, admit that the goose-stepping was "juvenile".

The panel found that: "Any symbolism of Nazism, reasonably interpreted, is liable to distress and offend a rational, right-minded member aggravated by accompanying laughter as said conduct shows reckless disregard for others, at a Ball when members have paid to enjoy themselves."

Seen any other problematic ball behaviour? Tip us off at [email protected]