I spoke to a student who lives in a church – a church!

Stained glass and graves outside, how holy

St. George's Church is a conundrum – from the outside it looks like a church you'd find in most cities, towns, and villages across the UK, inside it is everything but.

Its position in Sheffield sees it flanked by a busy main road, the controversial Diamond building, and ongoing building work to the Mappin Building. Inside the grounds, its leafy aesthetic puts it as the perfect place to get shots for next year's prospectus, whereas the numerous graves that lay in the gardens serve to remind you that you are in what was once a holy place.

Many students in Sheffield are aware that St. George's Church holds lectures for students, and its central position on campus makes it one of the most recognisable university buildings in Sheffield.

But not many people, myself included, were au fait with the fact that people actually lived inside. And not just anyone – students. Students, possibly one of the least holy groups of people, in a church. A church.

I spoke to one of these students, who wished to remain anonymous due to the fact that naming them would disclose their address, to give me a guided tour and an insight into what it's like to live in a church. A. Church.

I asked why a student would want to live in a former church, as opposed to in a house or accommodation blocks, of which Sheffield seems to have an exponential amount.

"Why not?" they replied. "Nice and central, better than most student housing, lots of stained glass too."

It's true, stained glass is one of the first things you see when you walk up to the entrance to the flats inside St. George's. 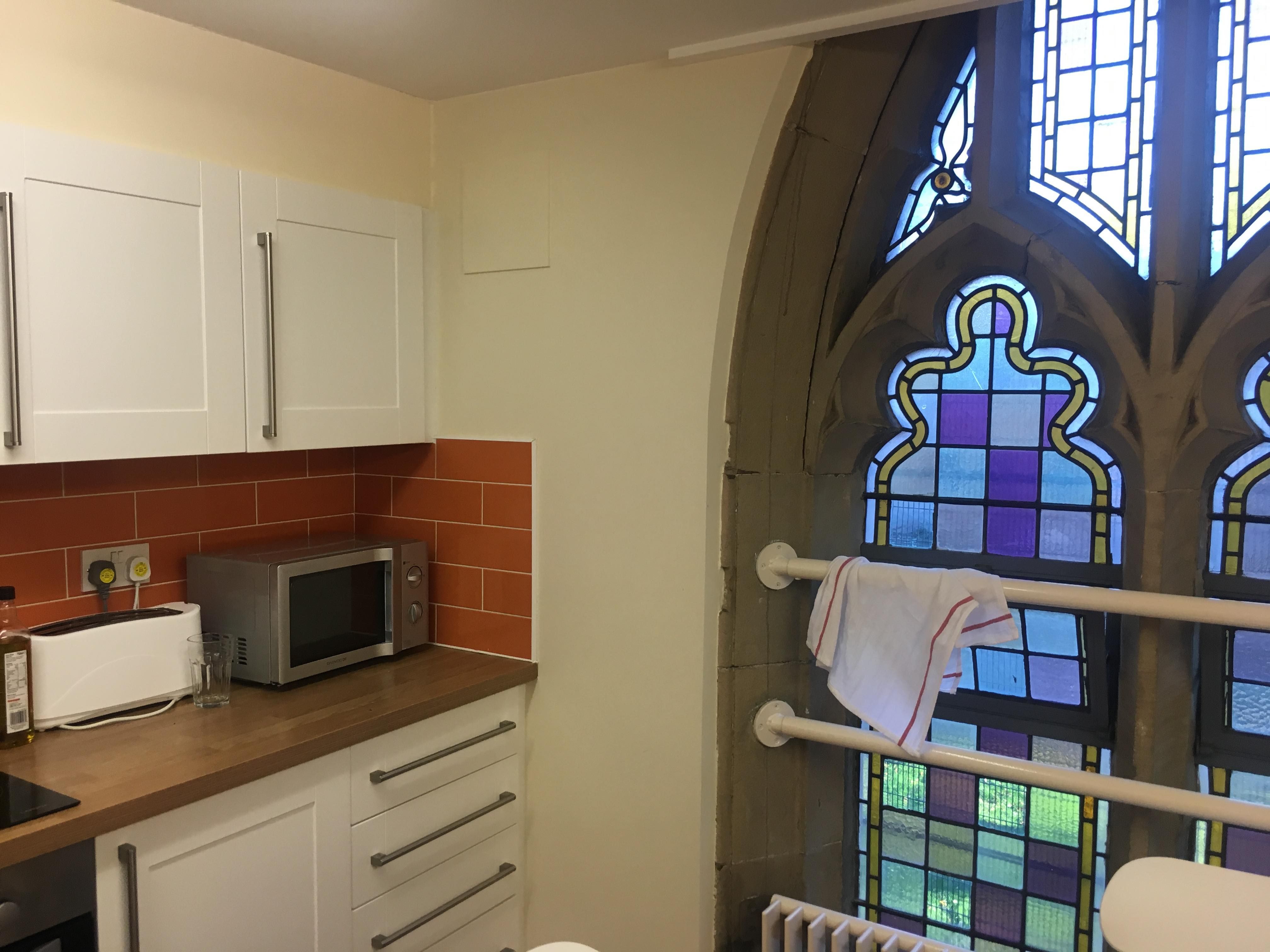 Entering the church through a back door, inside feels less like a place of worship and more like the entrance to an office block built in the sixties. It's interior isn't exactly modern, but then it isn't exactly the Sagrada Familia either. In truth, it looks very much like every standard student accommodation you might find across Sheffield and the UK, but I feel very aware that I'm in a church and find myself lowering my voice accordingly when we start to chat inside.

My first glimpse at the stained glass from the inside comes in the kitchen of all places. With all the fittings and mod-cons of a normal student kitchen (or lack of mod-cons, speaking from experience), it's not like the kitchen is out of the ordinary. Except there is a giant stained glass window flanking one wall.

"It's very gothic. Quieter than most halls and definitely preferable to when I lived in Endcliffe years ago," they tell me. In 2015, The Daily Mail ran a story about a flat in Endcliffe student village dubbed 'the most disgusting student flat in Britain', originally covered by The Tab. Inside this flat, however, everything seems spotless, the light refracting through the stained glass and bouncing off the counter tops. 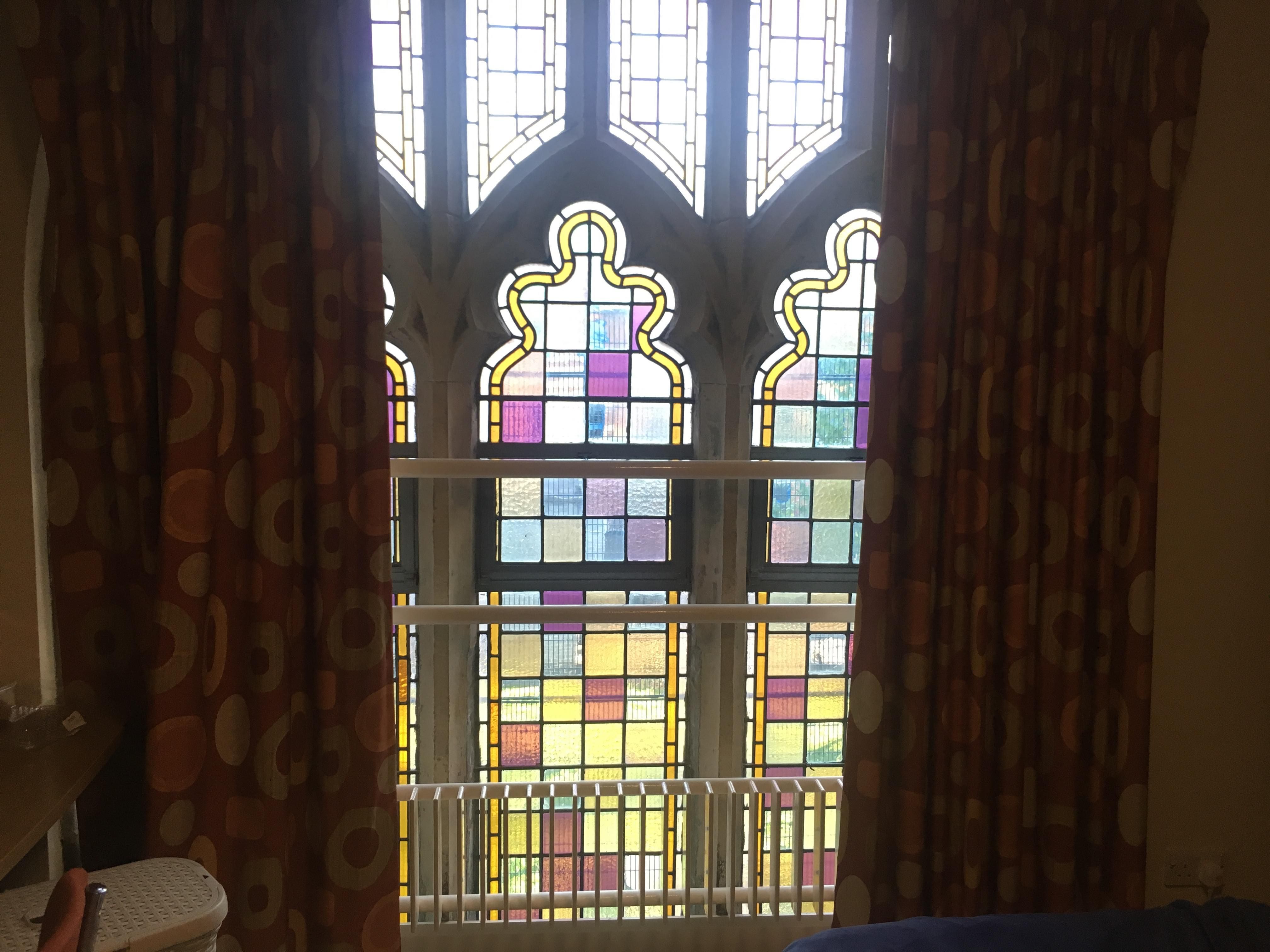 The corridors are long and narrow, and actually finding my way to the room seemed like a florid problem in itself. I'm shown into a bedroom, not unlike every other student accommodation bedroom I've seen, but again with added stained glass, making the light inside the room seem tinged with a biblical dawn. I asked if they'd felt a calling from God since they moved in, to which they responded, "Not yet. Hopefully some divine inspiration will come this semester."

What do others think of the church though? I asked if they'd had any funny reactions to their living situation.

"People think it’s cool, a lot assume I’m taking the piss," they said, adding, "It was strange at first but I’ve just got used to it really. Does living here compensate for my less moral life choices? I don’t know." 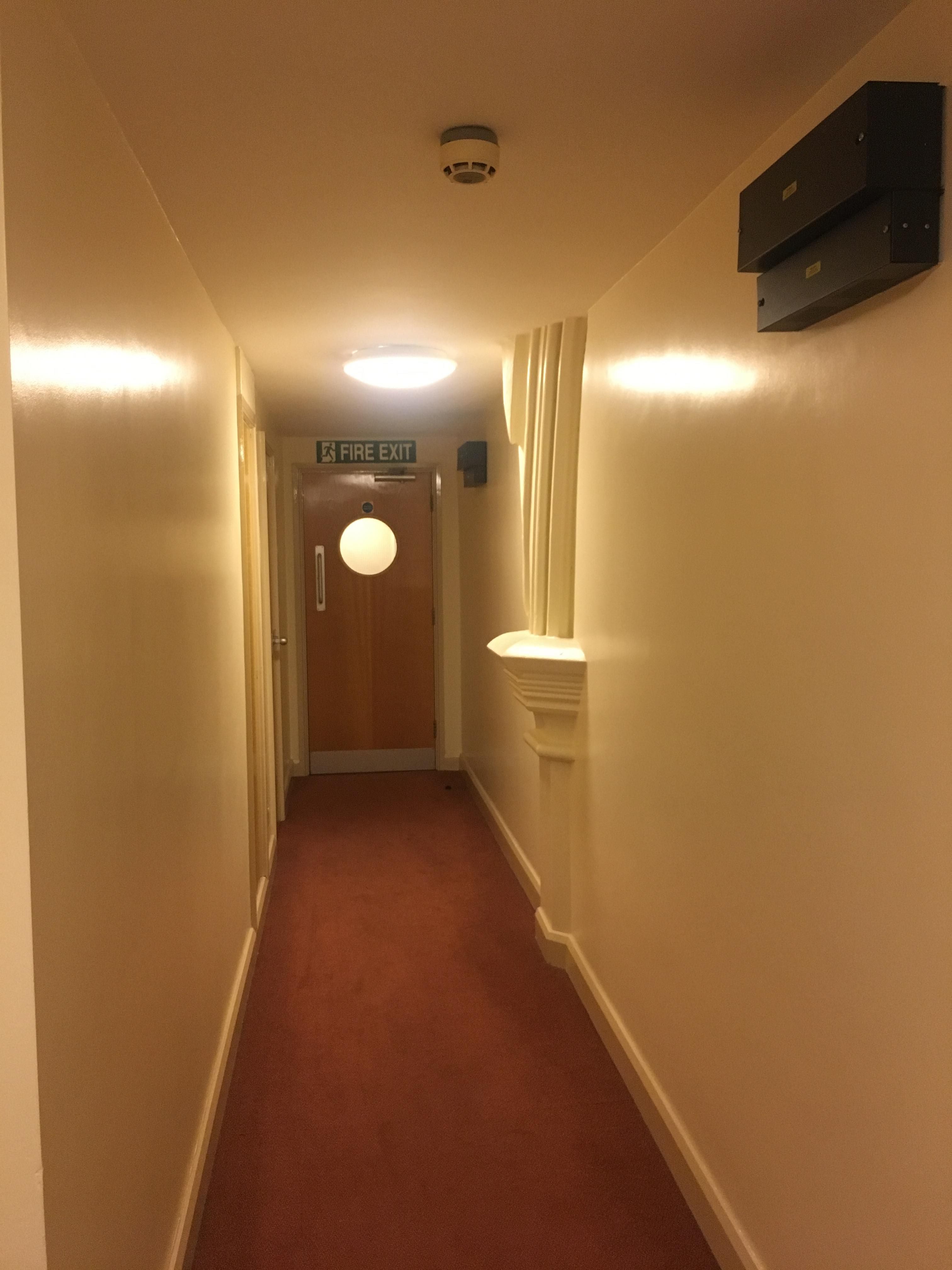 I look out of the window, or at least I try to, as there are cages on the outside of the windows, and the stained glass only opens a crack, meaning there isn't a lot to see. What I do spy, however, is graves, reminding me, as if trying to peer out of a stained glass window didn't already remind me, that I am in a church, and not some purpose built accommodation, Circuit Laundry struggles and campus security included.

Perhaps, as I left the church the way I came, through what seemed like labyrinthine corridors and out via the post shelves, which mundane as they are seemed weird on the inside of a church, I get the feeling that student accommodation can't get weirder than this, and student accommodation is very weird. Very weird.