Students from Hong Kong held a vigil on Friday night at the Brian Clough Statute to commemorate a student who died from injuries after falling from a car park during anti-government protests in the city on Sunday.

Alex Chow Tsz-lok, 22, a student at the Hong Kong University of Science and Technology (HKUST), died early on Friday morning after suffering brain damage from a fall as he was attempting to evade riot police during a spate of protests in the city.

Roughly 50 students from Nottingham University and Trent joined hands in paying respects to Chow. The organisers of the events lit candles and brought flowers to commemorate Chow's life, and shouted slogans popular with protestors on the ground in Hong Kong. 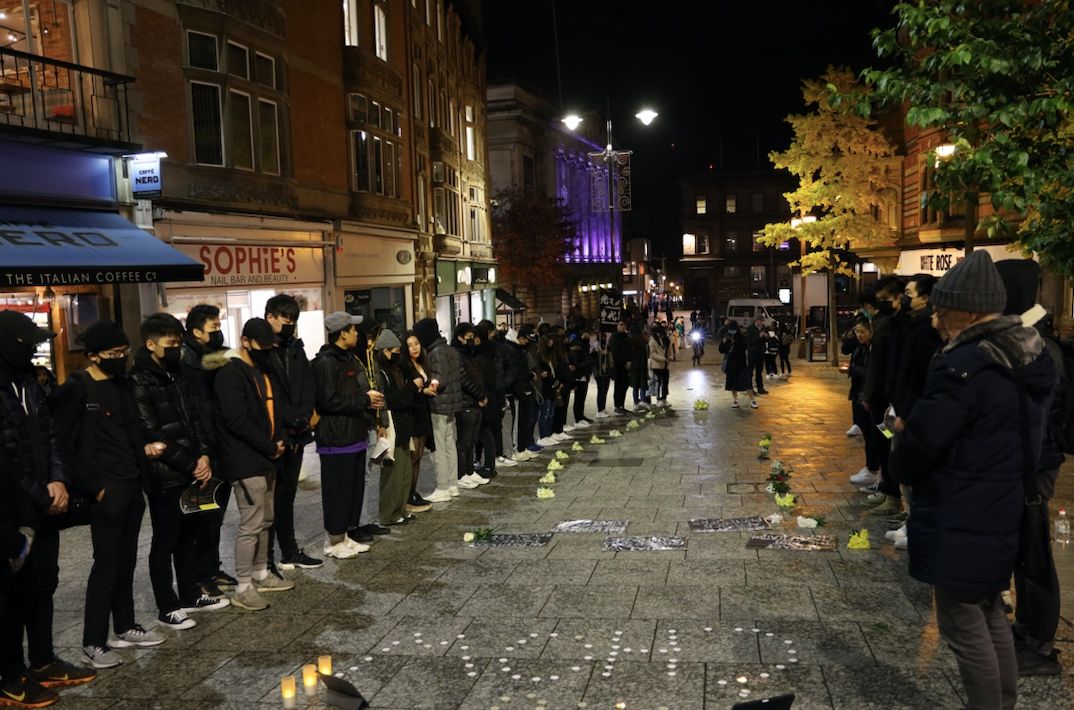 Chow's passing Friday morning from brain damage marks the first fatality linked to police action during the anti-government demonstrations, a movement which begun in June in Hong Kong and has since spawned daily protests in the city for 23 weeks.

A student at the vigil, who wished to remain anonymous, who attended out of memory for Chow and his friends who support the protest movement.

"Chow's death to all protestors signifies a real case of an extrajudiciarial killing of a protest. Despite a lack evidence that he was killed directly by the police, his death was arguably certain due to a riot squad blocking an ambulance on his way to hospital and preventing a first-aider to tend to him," he said.

"Throughout the whole protest movement, the Hong Kong Police Force have ignored protestors human rights. This situation is the same in China where the government have exacted powers to hurt and suppress their citizens." 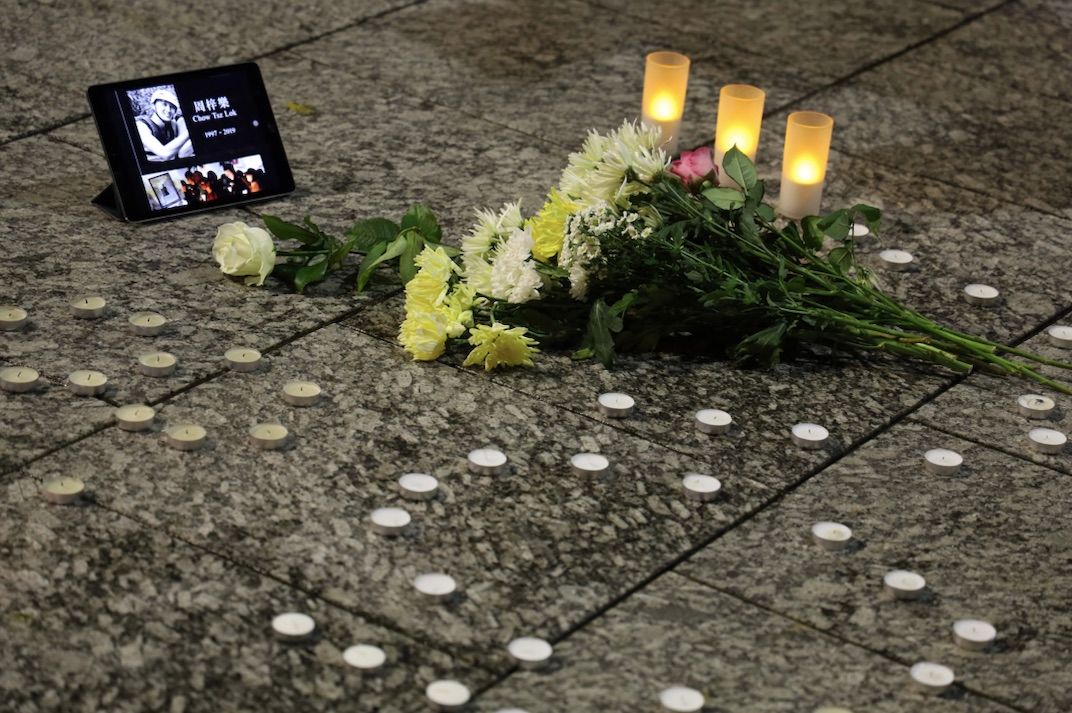 A one minute silence was observed twice within the one hour vigil. Students laid flowers next to a photo of Chow as they were invited by a co-organiser to say a few words about his death or the current political situation in Hong Kong.

Today we mourn the loss of the freedom fighter in HK. We will not leave anyone behind – what we start together, we finish together. Given the losses suffered by HK society in the past month, the gov must pay the price. https://t.co/woIfZgkYtE 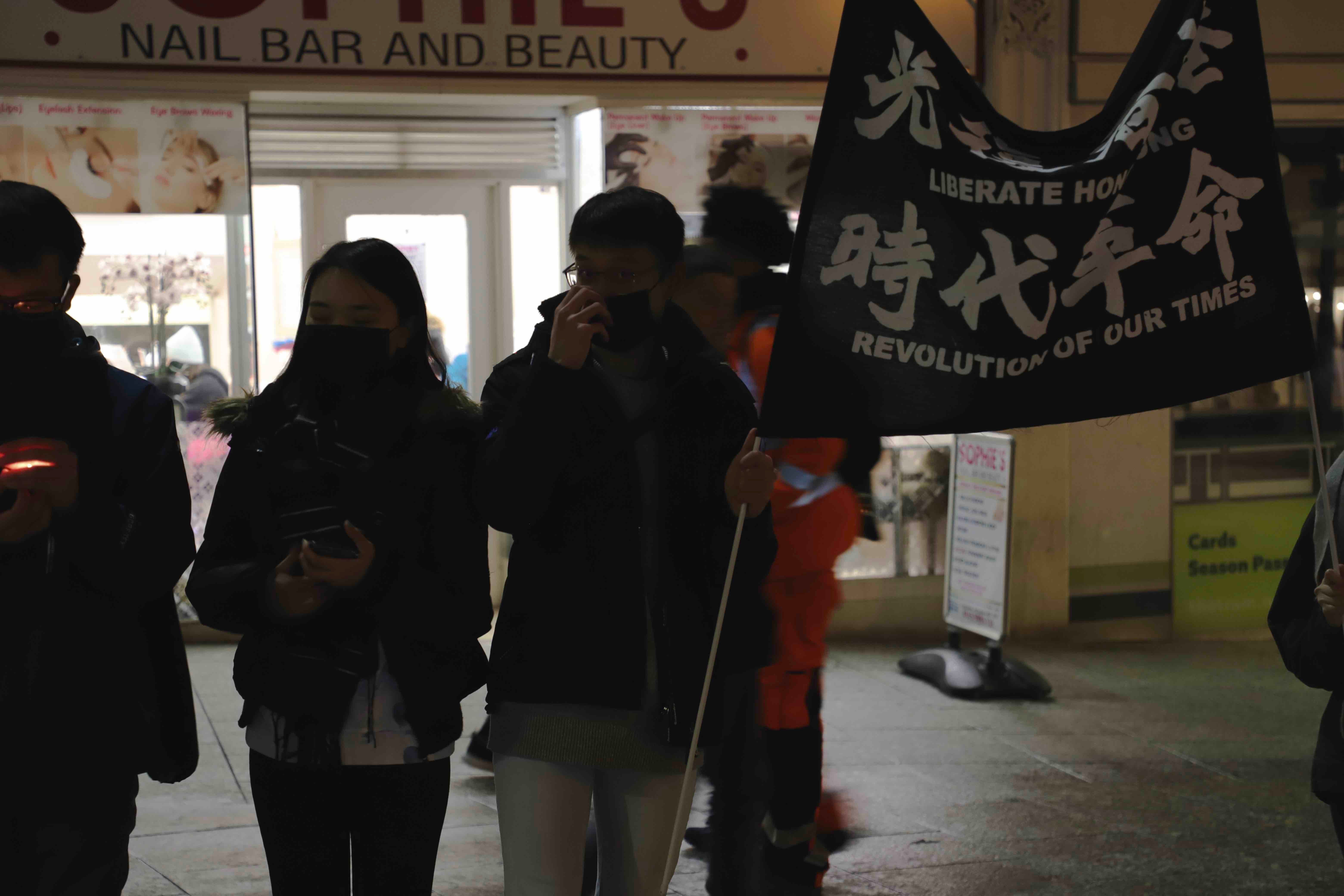