He’s called for bans who continue to ‘yeet’

In a Facebook post on Buy/Sell, Ocean owner Andy Hoe has vowed to crack down against students on Wednesdays and Fridays "yeeting" plastic bottles off balconies and at students.

The craze that has taken off over the last few weeks, quite literally to throw half a beverage, normally a VK, over a crowd or off a balcony has divided the student base.

Imagine your night, a steady pres, slightly beved enjoying yourself in the Narnia that is Ocean. You gaze up skyward in delight marvelling at all that is Ocean, you see a orange VK graciously flying in the air, like a bird in full flight, hit you right in the face. Harmless fun to some, a night ruined for others. 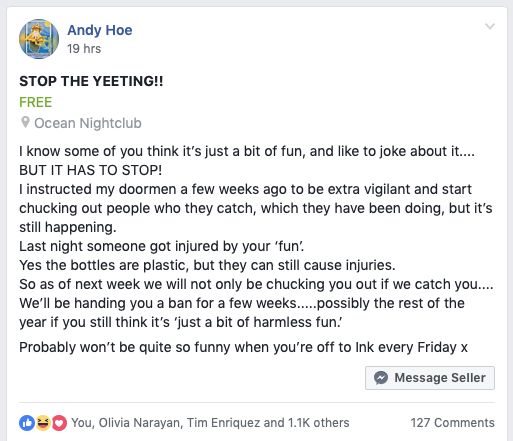 In the post, Andy said: "I instructed my doormen a few weeks ago to be extra vigilant and start chucking out people who they catch (yeeting). Last night someone got injured by your ‘fun’."

This post comes as a number of injuries have appeared on Buy/Sell as a result of the practice. 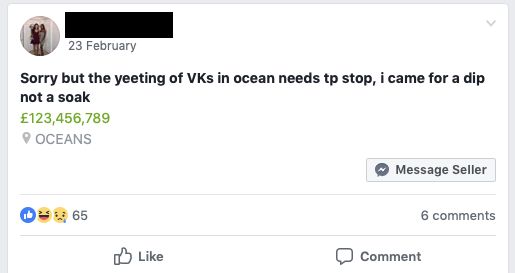 This new tactic seems to have been unsuccessful in stopping the craze, with Andy having to threaten further action "as of next week…we'll be handing you a ban for a few week…possibly a rest of the year"

It appears the choice is yours, yeet or be banned.