Why are the trees outside the Trent building being felled?

The start of February marked the commencement of the final phase of the Highfields Park Restoration scheme.

The scheme, funded by a £4.8 million Heritage Lottery Fund grant, is in an effort to restore the park to its original design, which dates back almost a century ago. Since its opening in 1923, there have been no major tree works at the park and many historic views have been lost. 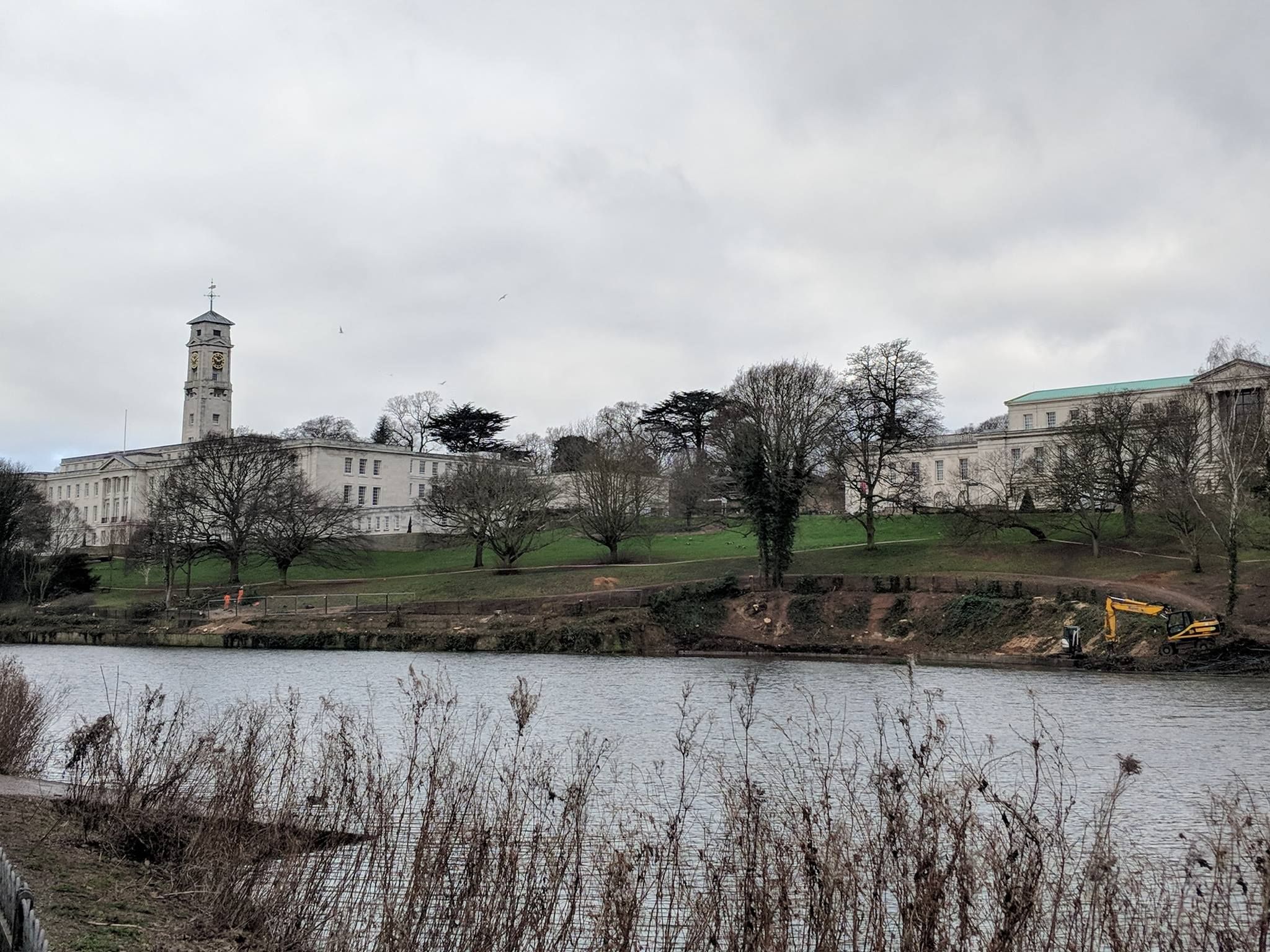 A lot of the changes involved in the scheme have already been implemented. For instance, Highfields Lake has been desilted and the entrance from University Boulevard has been enhanced, as has the public croquet and golfing facilities.

The restoration process will envolve the removal of self-seeded sycamore trees along the north bank of Highfields Lake. This removal will be directed by specialist aborists, who have undertaken full environmental checks. 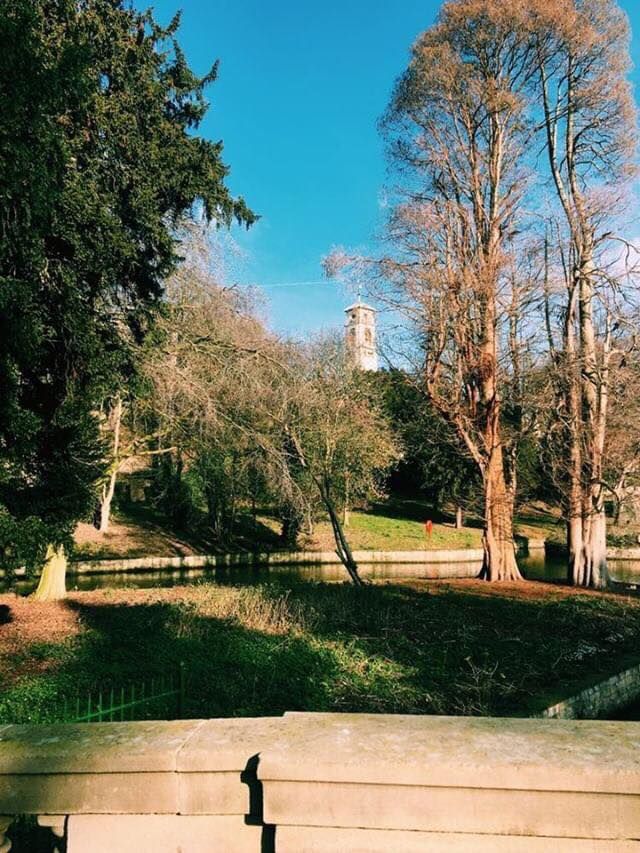 The trees are currently damaging the historic Bulwell stone banking as well as obscuring the view of the lake from the north shore and of the Trent Building from the DH Lawrence pavilion.

This final instalment of the process has been timed to take place outside of the bird-nesting season as to ensure the least disturbance to the wildlife that take residence in the park. 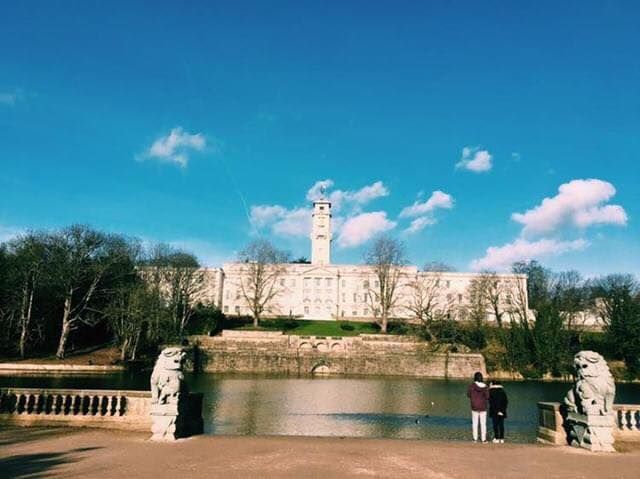 While these trees are being removed, they will be replaced with new species of trees that are in keeping with the original 1920's design, and the Council have pledged to plant more than 4,000 trees this upcoming winter at Southglade Park and other public parks. 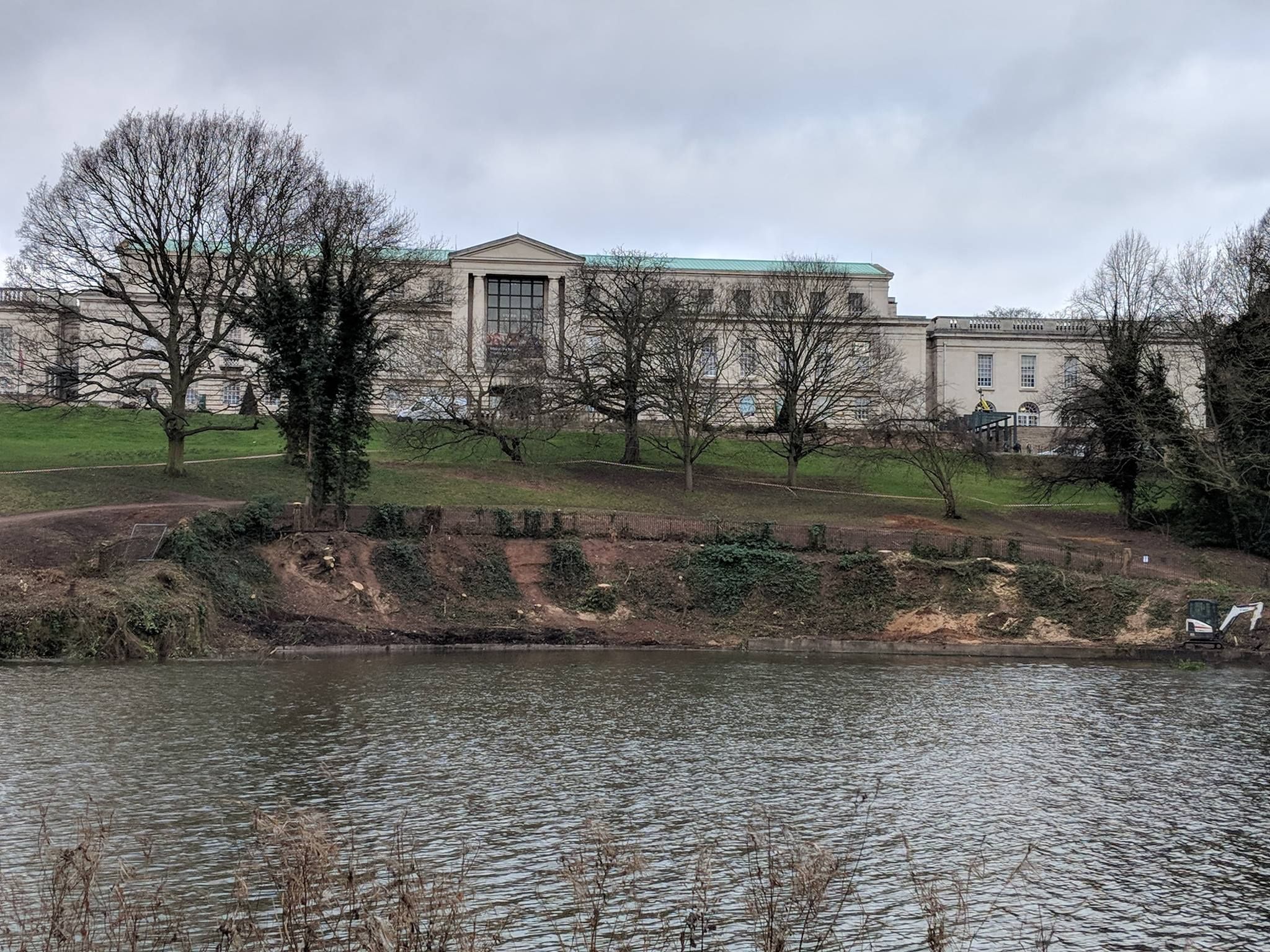 City Council Portfolio Holder for Leisure and Localities, Councillor Dave Trimble, said: “It’s always a shame to see trees being felled and we understand people may be sad to see them go. However, many of the trees were not planted as part of the original park design – they have self-seeded and blocked out some of the views across the lake.

"Some are causing damage or will begin to cause damage to walls around the lake or may pose other safety concerns. Removing these means we can restore these views so people can enjoy the park as it was originally intended, and it won’t be long before the remaining trees re-establish the lovely greenery around the lake."

Andy Nolan, Director of Estates Sustainability at the University of Nottingham, said: “We are very pleased with the improvements being made under the Highfields Restoration scheme. This means that staff, students and members of the public can enjoy the original vistas envisaged by our founder Sir Jesse Boot.

"It will also ensure a healthy tree population can be sustained around Highfield Lake for the next century, and complements our wider commitment to the University’s arboretum where more than 100 new trees have been planted over the last two years.”