The Tab gets messy, for your pleasure, and frankly for ours too, at Hooters.

On a Monday, for a measly £7.99, you can eat as much coated chicken as your stomach can bear and your heart may desire. 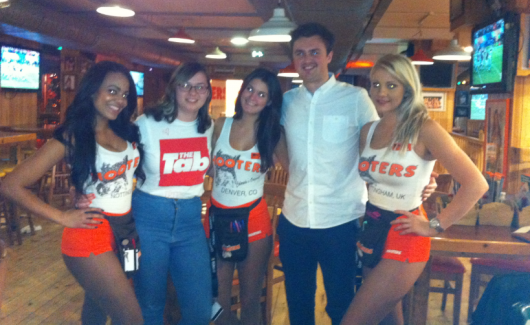 I don’t enjoy the comparable nature of this image, either. It could be worse, I could have subjected you to an image of me in those neon shorts.

Not only that, but you’ll be surrounded by alcohol, football, darts and potentially the most attractive set of females you may ever encounter in the same building.

Sound like a dream Danny Dyer once had? All of it is possible, just turn right after the train station. 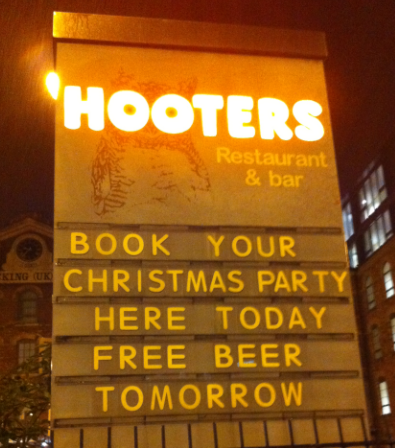 I took a housemate, and unwisely, we went head-to-head to be crowned Champion of the Chicken, Emperor of the All-you-Can-Eat.

As an added consideration, it’s worth noting that male company is largely obsolete in the forum of Hooters.

Finishing a sentence without being irrevocably distracted seems an unlikely prospect for most males, and frankly you’re lucky if they engage in conversation at all. 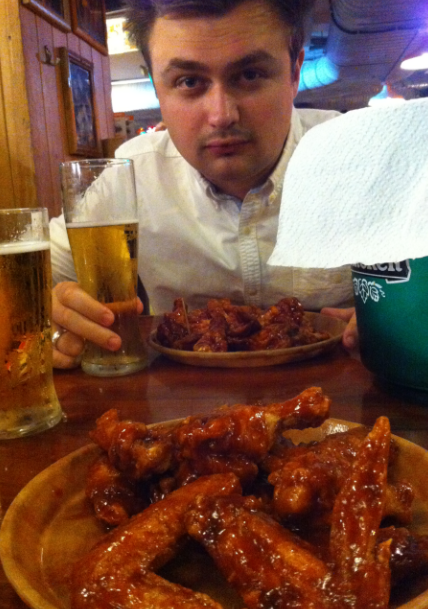 Nonetheless, as this mountain of poultry arrived, I was pleased for the company, as bewildered as he may be. 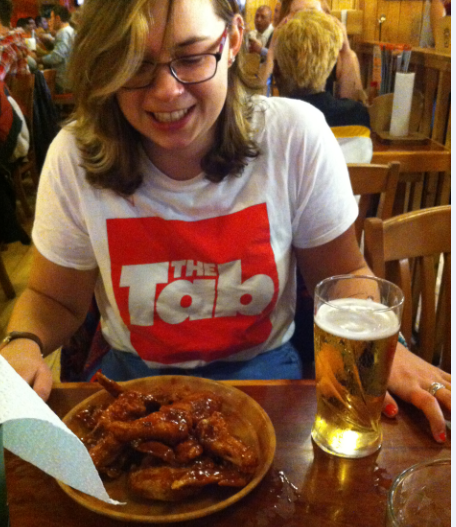 It is also worth noting, and as a number of the waitresses intelligently bought to our intention, we both wore white. This is a bad idea.

We tore in, hand to mouth, mumbling between mouthfuls, sauce quickly finding its way to surprising crevices and parts of our face.

We soldiered on, I welcomed the challenge, but quickly recognised victory was slipping from my greasy fingers. 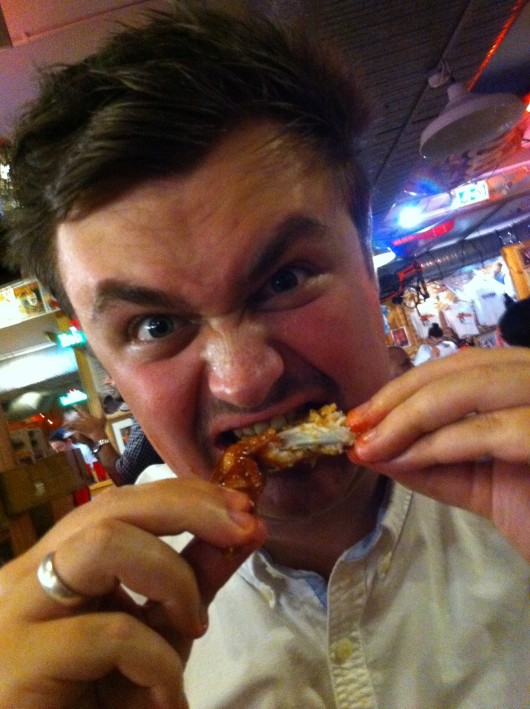 The determination was evident; a formidable opponent. 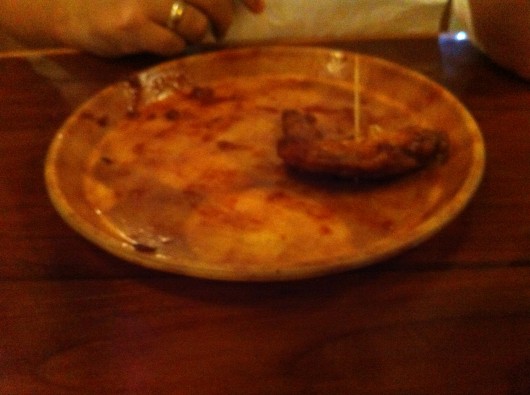 He was nineteen down and my spirit was broken. As he stabbed the twentieth victim with a Thor like tenacity, I knew it was over.

But I was here for The Tab. I was representing journalism, free speech and expression.

I was representing myself and how may I never look a fellow in the eye, knowing that I gave in so easily to the oppressive male?

With all these [entirely] relevant ideologies passing through my mind, I threw a curve ball, and changed flavours. 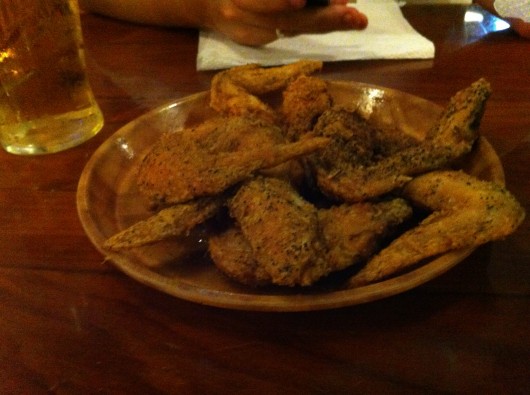 TIP: It isn’t necessarily the volume of food that’s so fatal to your attempt, but the repetitive nature of the challenge.

I dug deep, deeper than I knew I possessed. But, at a conclusion of 18-28 to the male race and my smug housemate, I downed kitchen towel, beaten.

To turn to the waitresses; what they may lack in shorts, they make up in smile.

The service received was comparable to the service in michelin star restaurants (this author presumes, lacking the funds or the connections to be entirely sure) and the experience, even if you are disinterested in the flimsy outfits and shapely assets, is entirely worth the bus ride.

Their conversation and flattering attention is perhaps even more enthralling than their skimpy garmets. 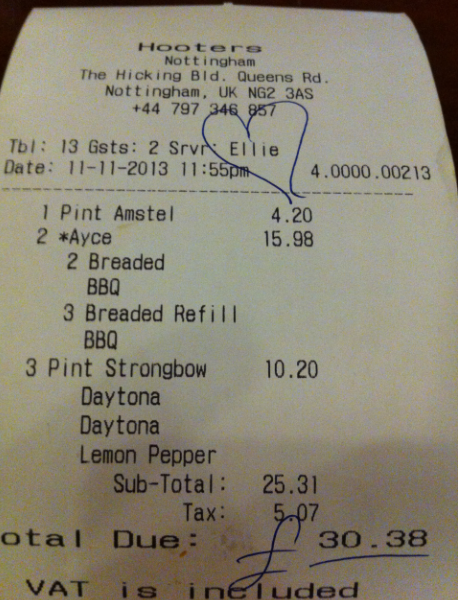 I offered to marry Ellie once the new gay marriage bill is through; she was too lovely. I sense she gave my proposition little consideration.

Go to Hooters. The Tab has spoken.