Time to ditch those bad habits!

UEA Union Council have passed a motion which will endorse UEA's proposed policy of smoke free zones on campus. UEA will soon place a ban on smoking cigarettes in certain zones around campus.

This is due to the increasing concerns that passive smoke is harmful to those who are subjected to the odourless and invisible smoke, where the harmful poisons can linger in the area for up to 2-3 hours. The World Health Organisation says that: "Smoking is the single greatest preventable cause of death in the world today". 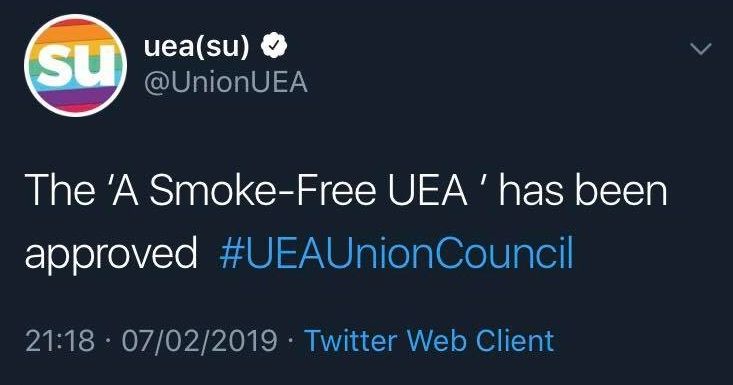 Roo Pitt, School Convenor for PPL, and initial proposer of the motion, told The Norwich Tab: “Following the announcement of UEA’s proposed ban, we have put a motion through union council to highlight our recommendations as representatives of students. Following consultation it’s clear that it was important to shift the focus away from the ban itself and towards supporting students who smoke to make healthier life choices. For example the motion suggested that e-cigarettes should not be in the ban as, although anti-social, evidence suggests they are not harmful to bystanders, significantly less harmful to smokers and act as an aid to cessation.”

Based on these views, UEA has stepped forward to prevent negative health impacts to both smokers and non-smokers. It is now banned to smoke in the following places:

– The Street, apart from designated areas for the LCR events

As well as these places having total bans, signage to discourage smoking are to be erected in non-enforceable areas. 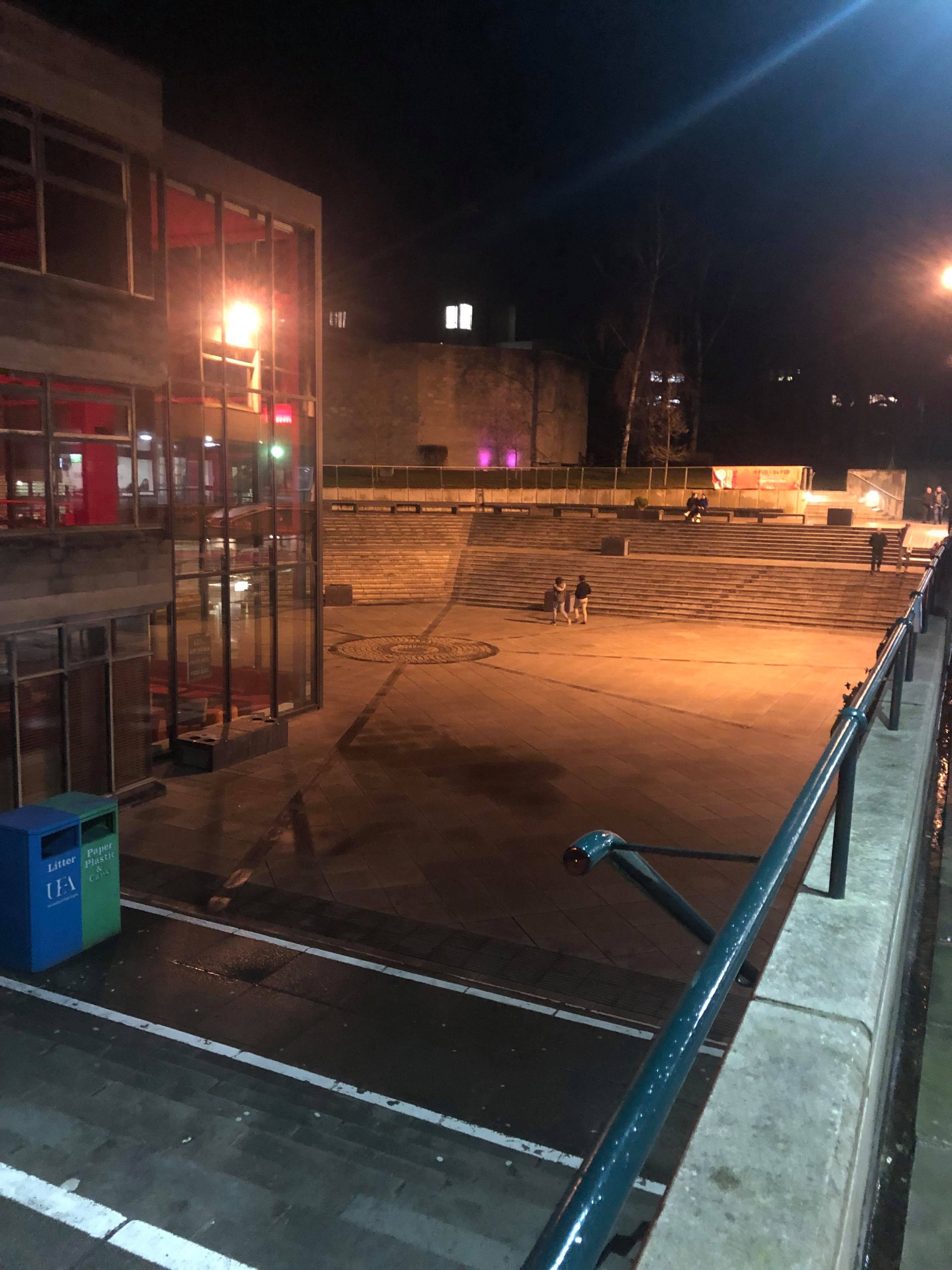 The Square, UEA – where smoking will also be banned.

Many students have had a positive reaction to the news, most of them are non-smokers or ex-smokers:

"Its annoying when you dont smoke and you walk by someone really close" – Ali M (ex-smoker). "However the only problem is, when i was in 1st 2nd and 3rd year, I liked being able to go out for a cigarette break in the library. It was like necessary". 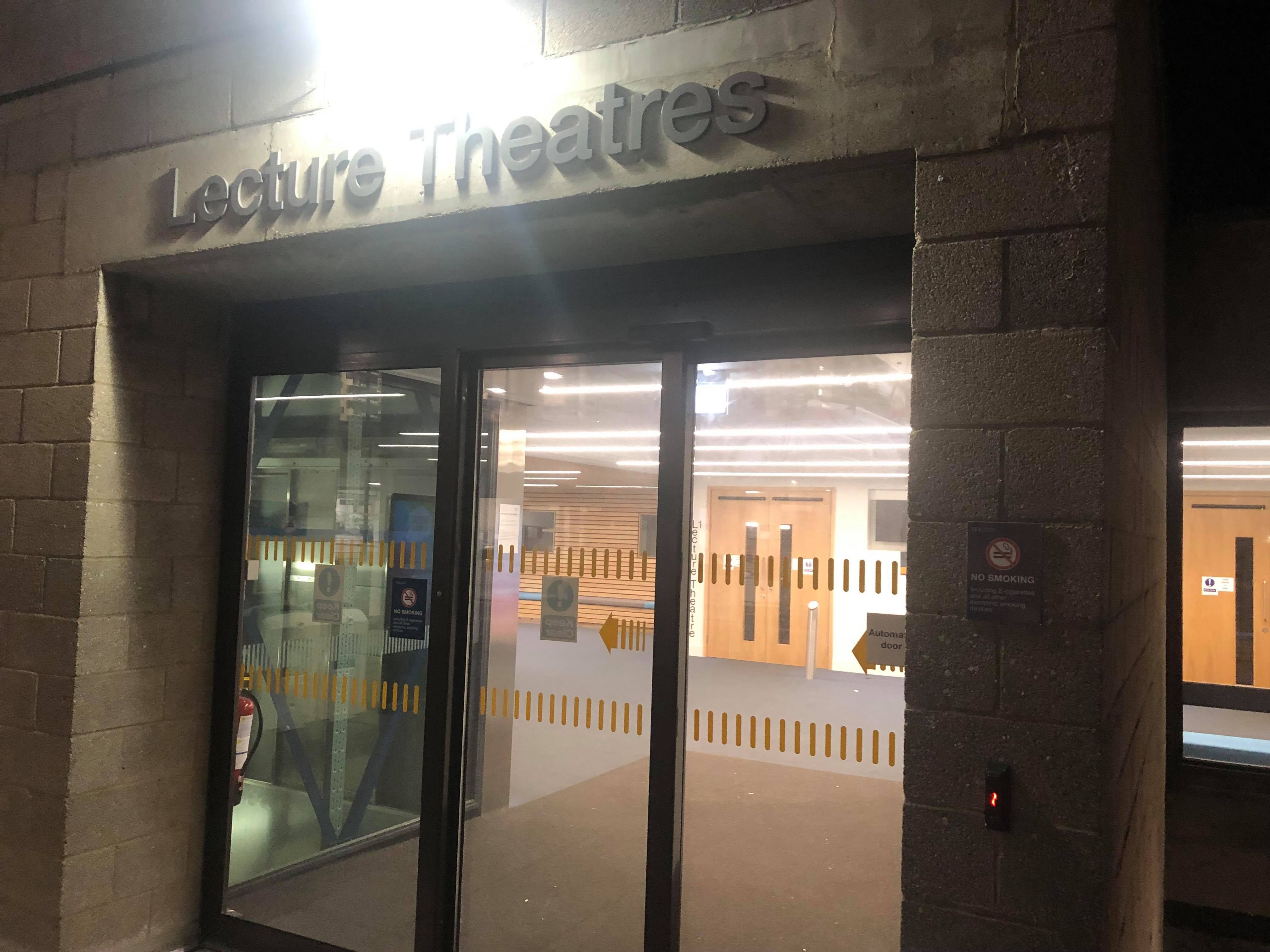 Lecture theatres, UEA – A favourite smoking area for students in the library.

"Love it"- 4th Year Pharmacy student (non-smoker). "Finally I dont have to die early from people smoking everywhere", they added.

However, there is doubt whether the university has the resources to prevent smoking on campus. 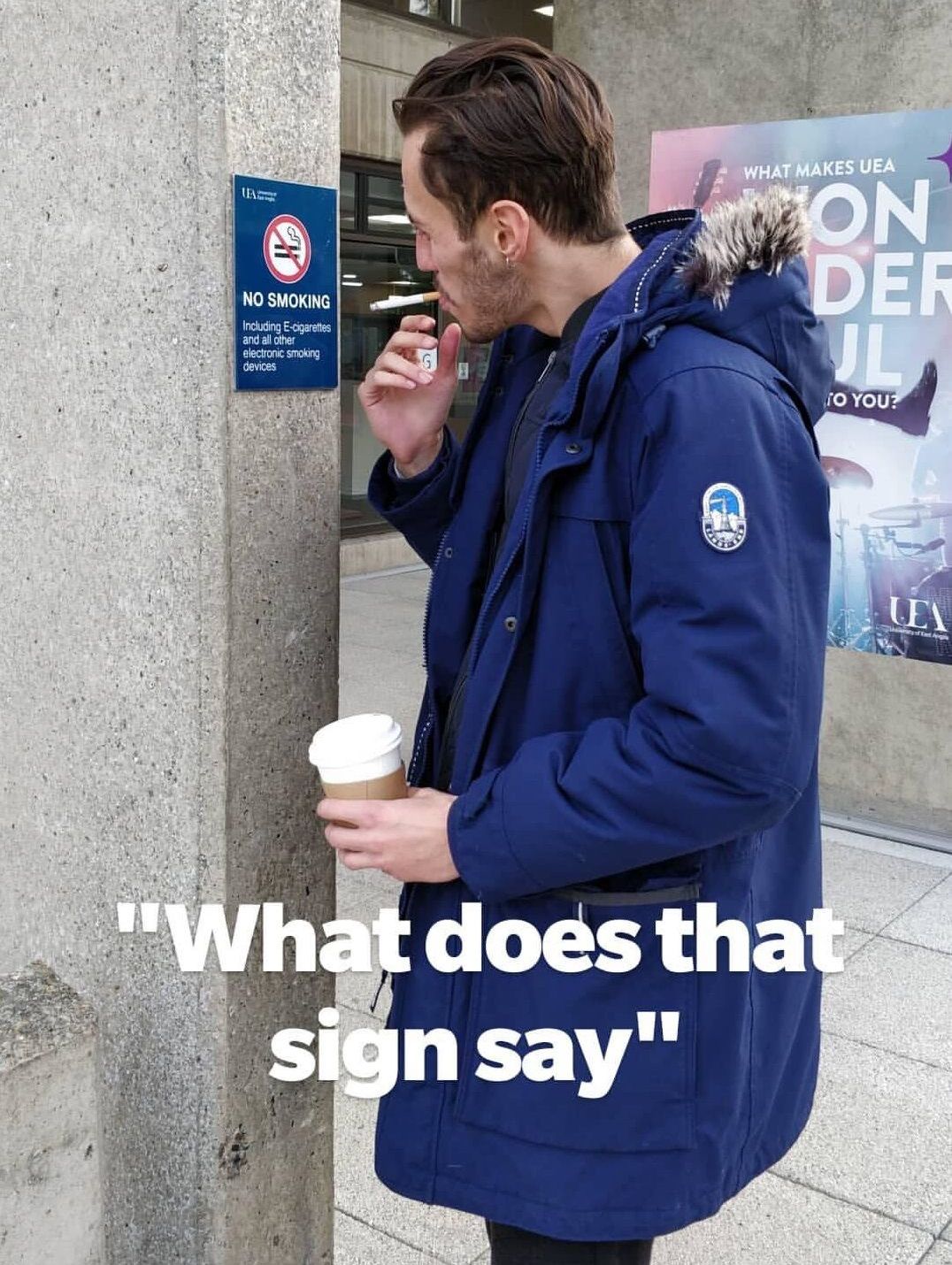 This view was supported by president of International Student Society, Ulvi Hagverdi: "The only smoking area I know about is in front of the library and no one seems to care about it".

One student was concerned on where was allowed to smoke: "So where can I smoke?" – Anonymous (smoker). However the university has stated that they will be building a designated smoking shelter, location unconfirmed.

And then asking certain students their opinions just triggered their nicotine crave: "I feel like having a smoke rn" – Clovis Bessieres (smoker). Therefore it is necessary to rather direct the efforts towards eliminating bad health habits and make this the priority of this project.

A UEA spokesperson told The Tab that: "There has been a growing issue with smoke entering into academic buildings. We hope that this will bring a better working environment where second hand smoke is no longer an issue".

If you would like to quit smoking then take the following steps:

– Ask your local pharmacist if they provide smoking cessation, and if so, book in.

– Talk to the University Medical Services and request an appointment on smoking cessation.