The handbag: a holster of all things most cherished by females around the world.

It holds your £500 phone, your purse, your keys and ID. So every girl will understand the devastation that Northumbria student Megan Kerr felt when she lost hers after a night on the Toon last weekend.

But fortunately, local hero Amir Fareghi found the bag and returned it to hapless Megan. 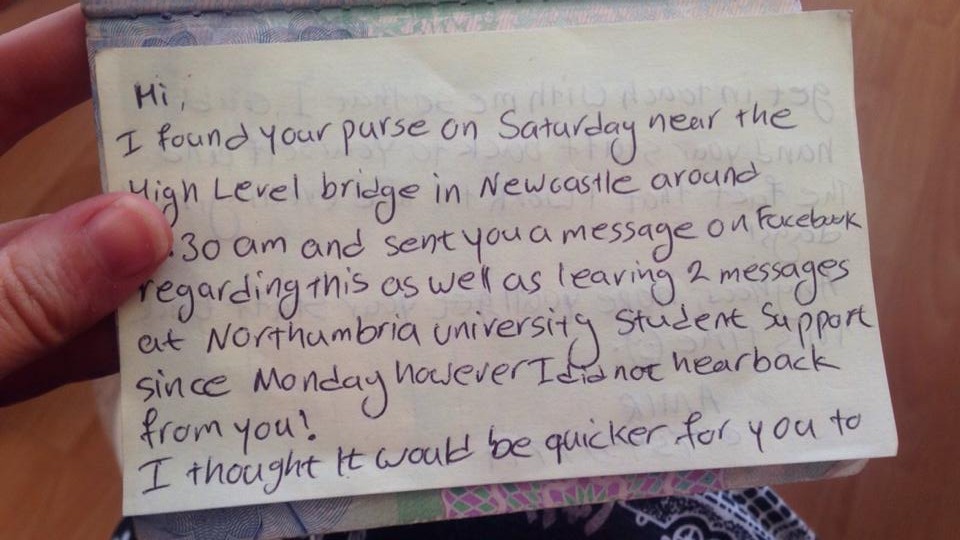 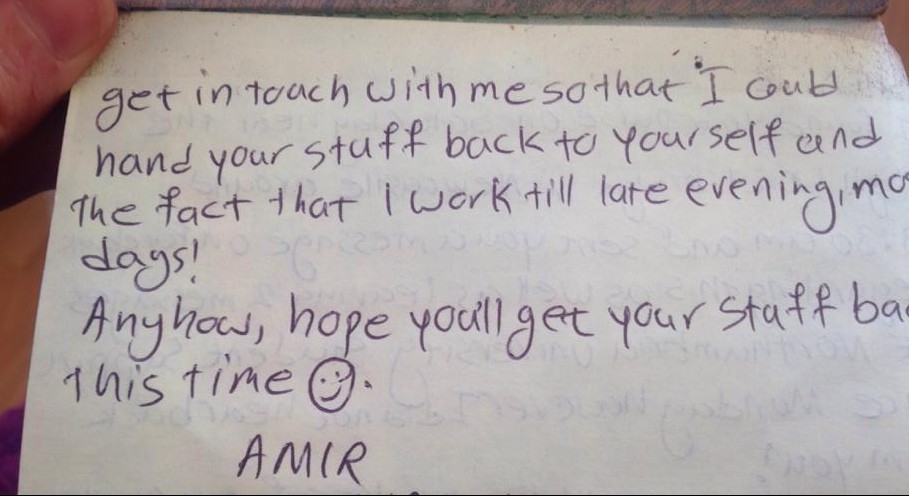 But to her delight, a man on his way back from work picked up the bag and handed it into the university library along with this note inside her passport.

An elated Megan said: “I had been at The Cut with my friends but I left to try and get a taxi and somehow made my way to the high level bridge. I think I was sitting down trying to ring a taxi and that’s how I ended up leaving it.

“It had my whole life in it; my passport, my keys, my bank card, student card, money, and half my make-up bag.” 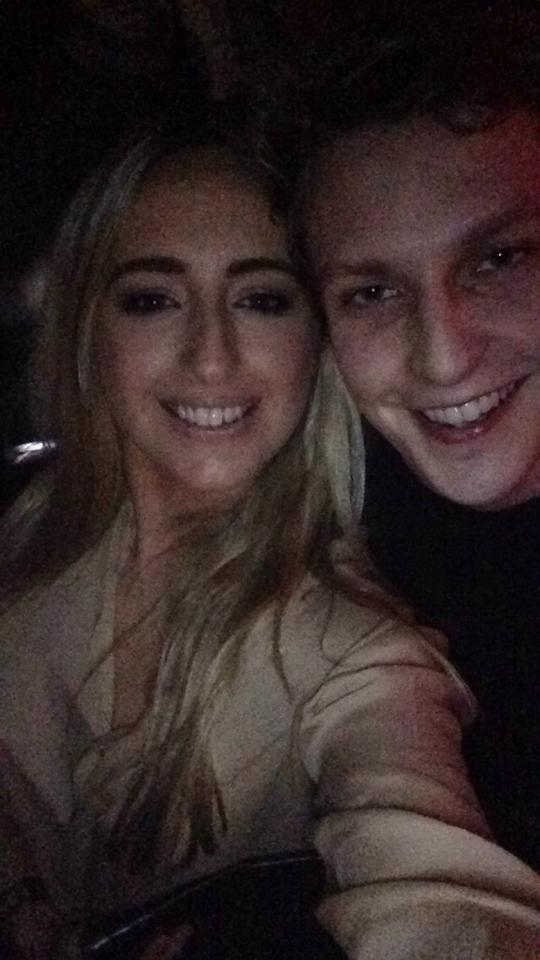 Megan even contacted the police, hoping that they would have it in lost property. The university told her a man had found it and was going to hand it into the university.

The third year added: “He sent me a really nice message on Facebook too, but because of my privacy settings, it went to spam.”

The hero, Amir Fareghi, refused the reward Megan offered him and said that he would have done it for anyone because it was the right thing to do. 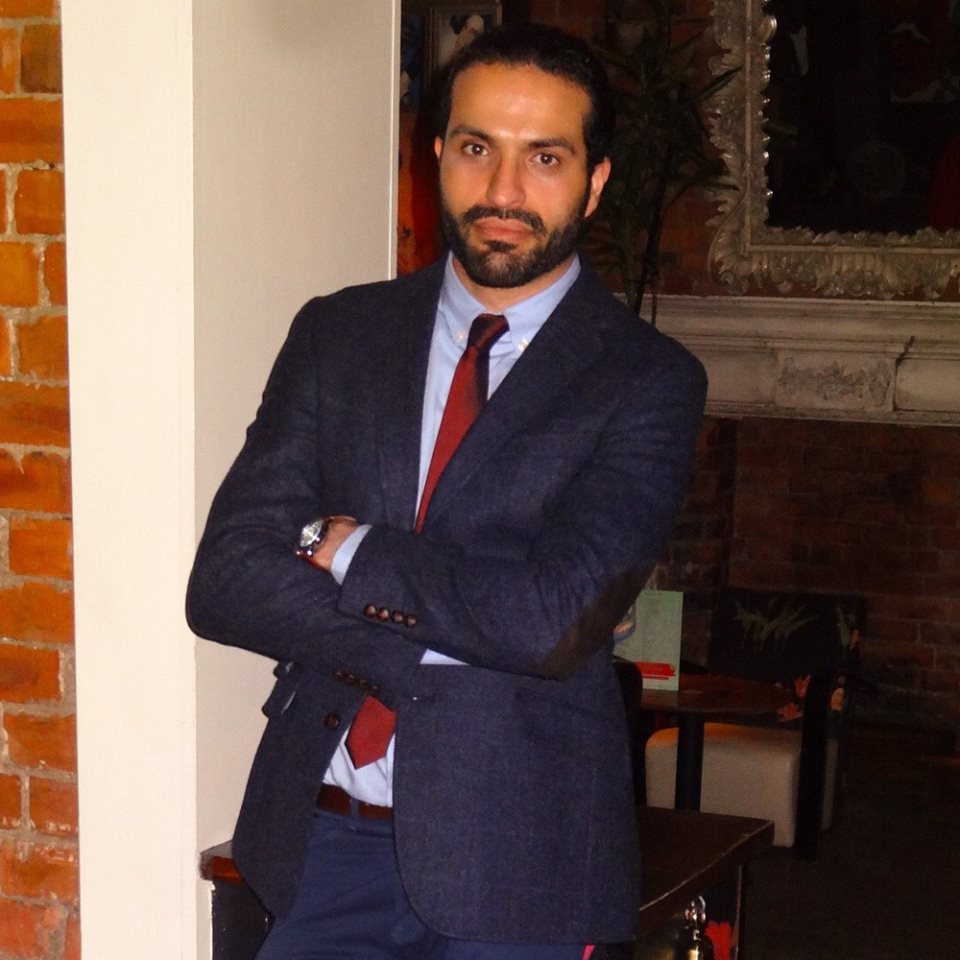 Amir also advised her to make sure that she keeps an eye on her bag when she goes out again this weekend. 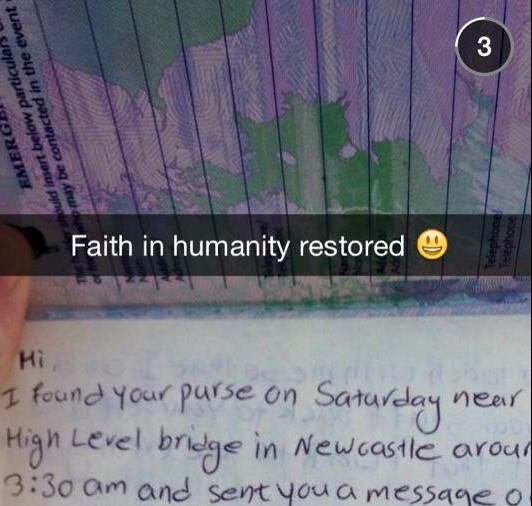