Salford University student Alfie Perkins is seriously ill in hospital after suffering a head injury at Wembley Stadium on Saturday.

The Birmingham City supporter was injured at the FA Cup final between Man City and Watford, shortly after the 5pm kick-off.

Alfie made national headlines in March after he trolled Aston Villa captain Jack Grealish in a series of tweets. Birmingham City then banned him from attending games. 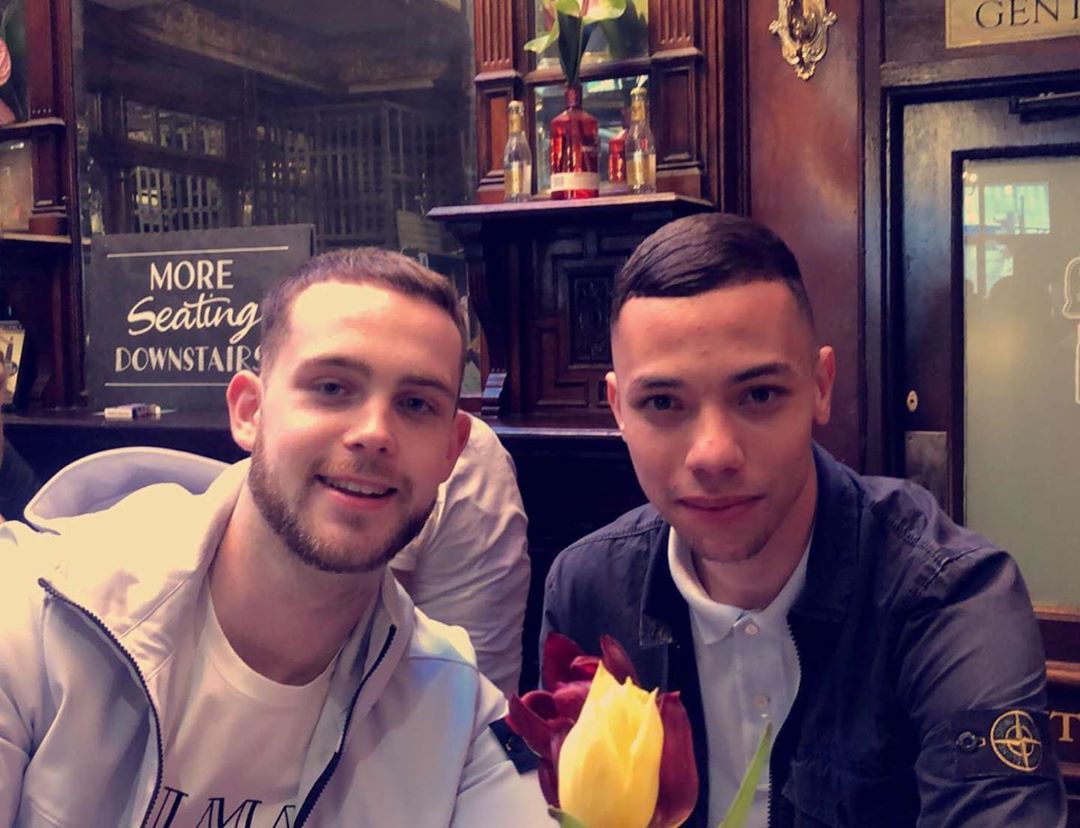 Alfie (right) pictured in a London pub on Saturday

Alfie did voluntary work with the homeless following the incident, after he was invited by reformed hooligan and charity founder Baz Patterson. He tweeted at the time: "Youngsters deserve a chance to redeem themselves."

He said Alfie had been "more than willing to accept what’s offered to him for those who want the next best thing to a public flogging."

Trust me, he’s not getting an easy ride," he said.

Fans of both Villa and Blues were quick to show their support on Twitter. One tweeted: "Please get through this mate. If anyone can you can."

A Salford University spokesperson told The Manchester Tab: “Our thoughts are with Alfie and his family at this difficult time. We hope he makes a quick recovery from his injuries.”

A London Ambulance Service spokeswoman confirmed: "We were called at 5:02pm on 18 May to Wembley Stadium, to reports of a person injured.

"We sent a crew to the scene. A man was treated at the scene and taken to hospital."

Police are not investigating the accident.