What your spot in Platt Fields says about your personality

If you sit on The Mound you’re a sesh gremlin

Platt Fields: the motherland. If Fallowfield was a desert, with its hardcore triple threat of concrete, cig butts and takeaways, then Platts would be the oasis.

Platts is the only place you need to be when the temperature hits 18°C, a haven of exam-revision-procrastination organised around some green adverse camber, an oversized pond filled with geese, and an ice-cream truck that no one goes to.

The first glimpse of spring. I can't wait for summer- picnics, barbecues, beaches, leisurely hikes, and all the outdoor activities. I seriously can't wait. My brother came to visit this week. It's been nice spending time with him and taking him to do fun things and eat good food (of course). 16/52. . #365photochallenge #52weekphotochallenge #sunnydays #happydays

Needless to say, when the sun beats down on Northern soil the attraction of Manchester students to Platt Fields is Large. They come in numbers, nice big bags of cans in hand, sunnies and optimistically-cropped trousers. But amongst this collective gathering lingers disparity and division: while many flock to the Mound, where the views are expansive and the NOS canisters plentiful, some Manchester students drift to the fringes in favour of more peaceful vibes.

Here's a deep dive into your personality you didn't ask for, according to where you and your mates sit in Platt Fields.

The Mound is one of the best things Platt Fields has to offer: 360° views of the city centre and Fallowfield itself, a prime-spot in the sunlight, the messy, collective festival feel without any of the expense, enough distance from your student home to feel like a day out. The Manc student that flocks to The Mound is predictable. In the winter they don a puffer-coat large enough to shelter the family of geese that live in Platt Fields pond, but by summer they're in light fleeces, bucket hats, wavy shirts, high-waist mum jeans, cute bandeaus and those Topshop coloured denim skirts.

The kind of friendship group you wish you could break into, but you're not nearly cool enough. The Fallowfield DJ of the group brings unnecessarily large speakers to the middle-spot of the hill where they've already set up camp, and places the thing in the middle of it all, bags of cans and disposable barbecues vibrating to the sound of thumping bass. They inexplicably do some NOS in the middle of the day, and let the canisters roll down the hill towards the trees. The Mound is chaos. The Mound is stronger than all of us. Whether we bring this vibe to it, or we absorb it from the soil, no one knows. Manchester students and The Mound are locked in a beautiful symbiosis.

You are a mother of three, and you thought this would be a nice day out, but the geese are shrieking at you again, aren't they, and Rylan and Connell just won't behave, even though you bought them that nice trike to share, your husband stormed off with the newborn to the playground to show him the swings, Jesus Christ there's students everywhere when does this hell end-

The bit of grass by the BMX track and skate park

The frequented spot of the Billie Eilish generation, the girls in cycling shorts and Fila Disruptors and the boys in Carhartt hoodies and cargo trousers. If you're not in the actual skate park itself, you're probably trying to be one of these people, but if you can't actually skate, the nose ring means nothing, the skaters see through your thin-veil of image and style over substantial gnarly twirls in the air, and you can roll as many joints as you like, but you'll never be one of them.

The quiet spots under dappled sunlight 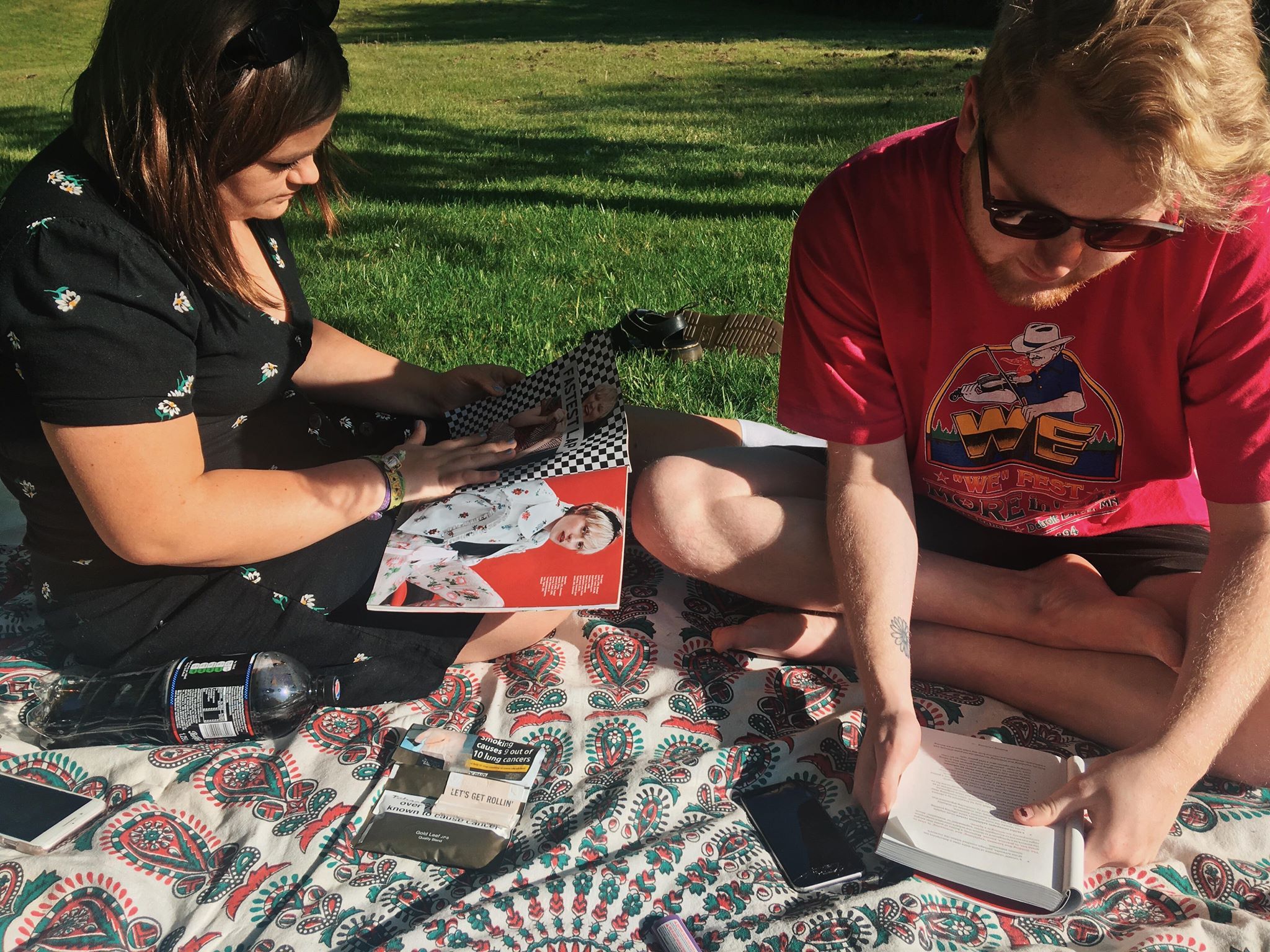 Second-year disenchantment hit you harder than most, and the aftershock of first-year hedonism still reverberates when you think about it. Maybe you went a little too hard once, or you never liked clubbing three times a week that much in the first place, but now you're back into reading i-D magazine in quiet, sunlit spots while listening to Conan Mockasin, attractively-packaged IPAs from Sainsbury's, talking to your friends about your plans to make it as a ceramic artist in Berlin, cigarettes in-between joints, and Innocent super-smoothies before a pint at Friendship Inn to soak up the golden hour when the shadows fall too hard and too cold on the grass. It's a modest, peaceful and integral life. Stay wholesome, second-year kids. Don't let The Mound eat you alive.

Shakespeare-Gardens-boy is smoking a cigarette and reading Kant and you haven't matched with him on Hinge because he believes in 'organic and real-life romantic chemistry', but despite this social-media-is-BAD? philosophy once he gets your number he won't stop texting and asking you to trip LSD and watch David Lynch films with him, or, I don't know, go to Soup Kitchen for a GRL Rock night, he's the caricature of every man on @beam_me_up_softboi, but he's real, in the flesh, in Urban Outfitters, at your door, why did you tell him where you lived.

A bit of grass eerily close to the path 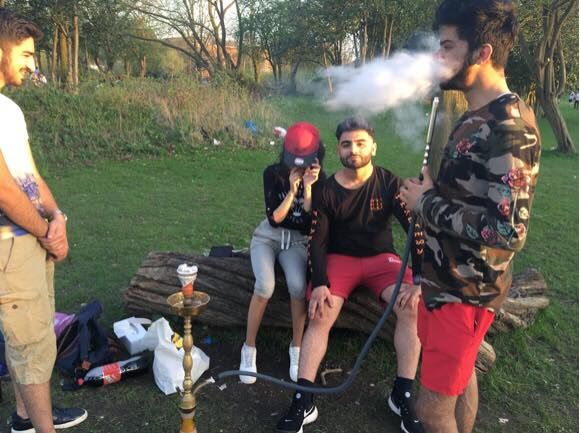 Never quite sure what these lads are doing, but it always seems to be something along the lines of shisha and catcalling girls in cycling shorts. This makes the path in between the pond and the grass almost like a warzone with each perimeter covered, one side by men who just won't keep their leery comments to themselves, and the other by geese, hardened by years of student nonsense, strutting out of the pond with their heads swinging from side-to-side, squaring up to you and barking like some kind of Mafia boss. Would it kill you to sit a little bit further back? What is it about the thin terrain, basically as hard as concrete, that is so appealing? Why are you doing shisha at 12pm? What is it about Platt Fields that attracts this energy?