The Birdcage nightclub has closed down

The news comes abruptly with more details to follow

The Birdcage Nightclub, located on Withy Grove (next to The Manchester Arndale and The Printworks) has closed its doors after 13 years.

The closing of the club – which had recently undergone a £400,000 renovation- was confirmed by a member of its marketing team who spoke directly to Manchester Evening News.

The nightclub was popular with people of all ages and was a hotspot for hen parties and included VIP booth experiences. The club was also known for its popular cabaret shows which featured drag acts and performed on Saturday nights. For students, Voodoo hosted events on Wednesdays and Fridays for those who fancied a more R&B Hip Hop vibe but couldn't be arsed to pay the prices at Hot Mess.

A member of marketing also confirmed that those who had reservations for the VIP booths received emails pertaining to the cancellation of these bookings and refunds have been promised for any deposits that have been made. 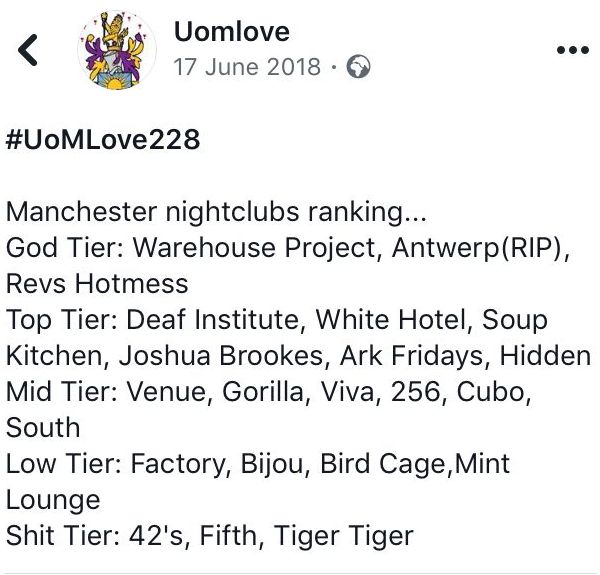 The Tab Manchester was unable to reach The Birdcage for a comment. However, Danny Hirst, the Director of Voodoo Events has stated that there is 'an announcement is set to be made.'