Football might not be coming home from Russia with a trophy in tow, but when one Manchester student returns from Kavos, he’ll be sporting his new Gareth Southgate tattoo.

Drunk – on both alcohol and an overwhelming sense of optimism – on a night out during his season, Brandon went to a tattoo parlour to commit the waistcoated manager to his body.

There, he splashed out €40 to do what plenty of people on Twitter have only joked about.

If we win the World Cup I’ll get a tattoo of Gareth Southgate on my chest. #ItsComingHome

Southgate, he tells The Tab, is a wonderful man who "completely changed the England team for the better and has helped us get to the semi-finals of the world cup, which nobody would have predicted."

Whilst his parents might not find it so funny, if Southgate saw it, Brandon reckons "he’d just laugh at me to be honest." 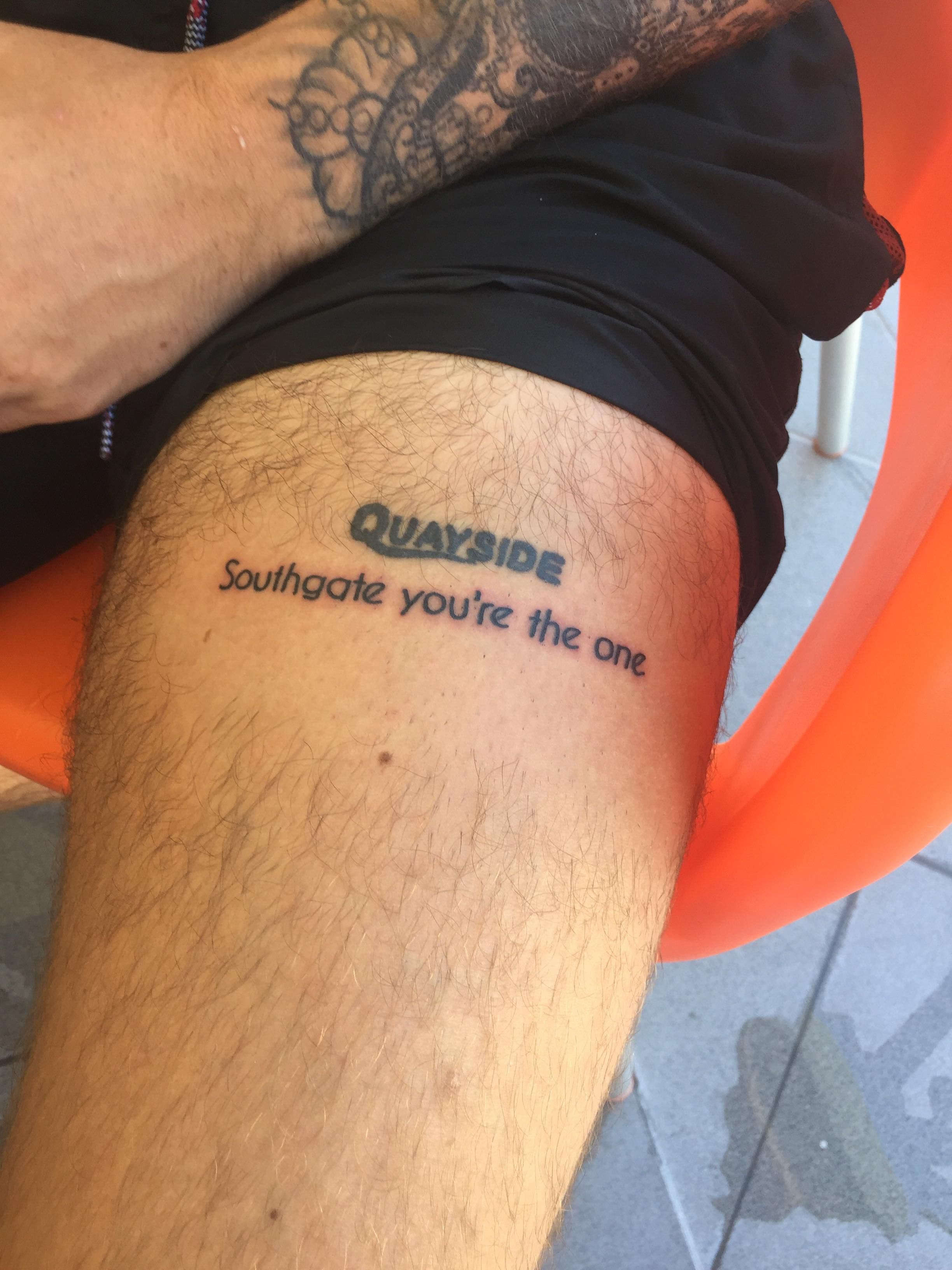 The next morning, Brandon was shocked to discover the tattoo. "When I first woke up I completely forgot that I had it done so I was surprised and then realised that I’ve got this on me for life. But it’s all good memories," he says.

And, although he’d have been tempted to get another one if England had gone on to win the tournament, Brandon wouldn’t be able to pick out the same place. "I honestly could not tell you where I actually got it done in Kavos."