Why you should boycott the National Student Survey

However many times they remind you, don’t fill it out

You might have seen Unions across the country telling students not to fill in the National Student Survey. This campaign might have come out of nowhere for some of you but for many this is a battle that started with the Government in 2015. Their Green Paper introduced the Teaching Excellence Framework which called for greater markets and differentiation in higher education and that is what has been shoved down our throats.

I’m the General Secretary of Manchester’s SU, and Universities and Unions like mine across the country wrote responses to the consultation about the TEF saying how bad it was from the very beginning. We lobbied MPs, wrote to minsters all to get a Teaching Excellence framework that actually measures teaching quality and isn’t linked to tuition fees.

Let’s just be clear it wasn’t just students that were totally ignored – it was also Heads of Universities across the country. So after 18 months of back and forth about the TEF we have reached our last resort with boycotting the NSS. Critics will say this is petulance and “students would be better to focus on a principled case against fee rises, that makes the debate clearer for future students, rather than more obscure”. Yet what many fail to realise is that we’ve made our case, time and time again, and it’s been ignored.  It is only when we start to mess with their metrics and money may the tide turn.

To be honest this is not just about the money and fees rising. Increases of inflation at £250 might not be a big deal for some people. The fees are only one aspect. This opens the flood gates to a system I truly can’t predict where it is going. Inflation may be 2.8 per cent now but who knows where it will be in a decade. This is also about the framework as a whole. Students deserve a framework that robustly measures teaching quality. We deserve a measure that can truly inform student choice not the Tesco’s basics version we have now. 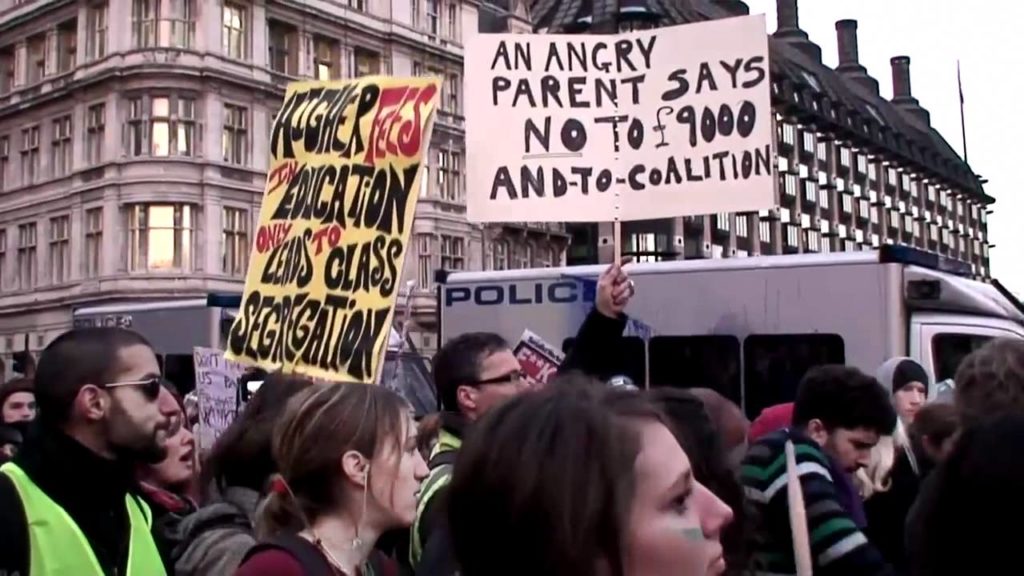 Some of you might be thinking “well it’s for future students so why should I care?” I felt the same in 2010. I was the last year of students to pay £3000 tuition fees. I remember sitting in our sixth form common room in South East London and talking about all the 50k people who demonstrated in Westminster and occupied their institutions for the months that followed. Of course, fees going up were peak but is wasn’t my problem so I didn’t bother.

I regret my attitude then and don’t want anyone to make the same mistakes that I did because let’s be real things have only got worse since 2010. We have sky rocketing rent, stretched mental health services, no maintenance grants, no NHS bursaries (already there is a 23 per cent drop in applications to Nursing degrees across the country) and no post study work visa. This generation of students have been screwed over and somehow the Government thinks universities should spend hundreds of thousands of pounds on churning out TEF metrics instead.

So, let’s hit them where it hurts, in their pockets. I never thought I would be writing an article urging Final year student not to fill in the NSS but we are coming to the climax of a long battle. Come join the 25 Unions across the UK from Kings College London, UCL, Oxford, Reading, Bristol, Goldsmiths, Brunel, Central School for Speech and Drama, Courtauld Institute of Art, University of the Arts London, University of Warwick, University of Bath, University of Manchester, University Sheffield, Sheffield Hallam, University of Liverpool, Queen Mary’s London, University of Sussex, Aberdeen, SOAS, Royal Conservatoire of Scotland, Bath Spa, LSE, Cambridge and Liverpool Hope.

If you are reading this and thinking ‘oh crap I’ve already filled the NSS in’ fear not, you can retract your data by emailing [email protected]
We are creeping into the American system of Higher Education (with families saving years to send their children to university) and speaking to friends and family in the US, we should be worried because there is nothing to be admired.

A number of clubs have raised over £1,000 each for their chosen causes

The mental health advocate spills all on ‘influencing’, fitness and social media