The wall in Piccadilly Gardens is finally being knocked down

The new design will cost £10 million

The monstrosity that is the giant wall in Piccadilly Gardens is being knocked down at last in a £10 million renovation of the historic area.

There have long since been accusations that the wall encourages crime, particularly drug dealing, in the area.

The plans were revealed earlier today by the council, alongside company Legal & General and are due to be finished by 2019. 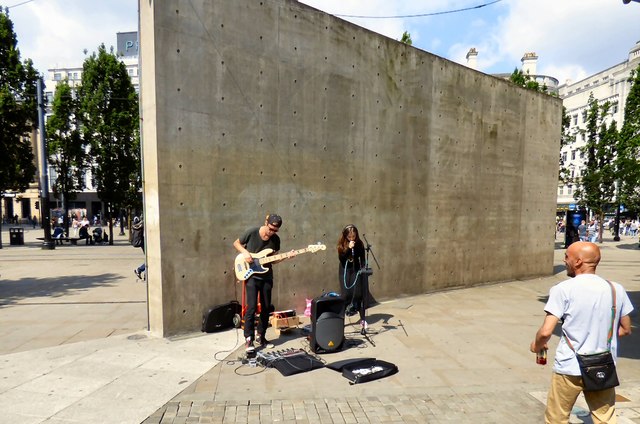 The gardens were last renovated in 2002 when a series of bars and restaurants were installed alongside the wall, or ‘Japanese Pavilion’. The wall was meant to block the noise and pollution of the bus station from the gardens. However, it has become Manchester’s most hated landmark, with the council rejecting any opposition until the M.E.N. presented a petition with 20,000 signatures six months ago.

They are planning on extending the grassed area and surrounding the children’s play area with flowers as protection. There will be more trees planted, more lighting installed and the footpaths will be re-paved.

There will be more family friendly restaurants built with a glass front and grass roof. There will still be a walkway to the bus station and the old concrete wall will be replaced by a terrace bar.

There will be two new huge advertising screens which will provide £50,000 yearly for the council to pay for the renovation.

Council leader Sir Richard Leese said the area has its problems but is still very popular. He told the M.E.N, “For all the debate it has generated in recent years, Piccadilly Gardens remains an incredibly well-used public space.

“But we recognise that there are aspects which have proved unpopular and others where there is scope for improvement, including design improvements to deter anti-social behaviour and enhancing our own ongoing maintenance of the space.

“These proposals will provide both real and sustainable improvements which are compatible with Piccadilly Gardens’ role as a major thoroughfare used by hundreds of thousands of people a week as well as a destination where people can meet and relax.

“We believe the scheme which L&G have brought forward following detailed discussions with the council is a constructive response to all these considerations but are keen to engage with the public to get their thoughts on the proposals.” 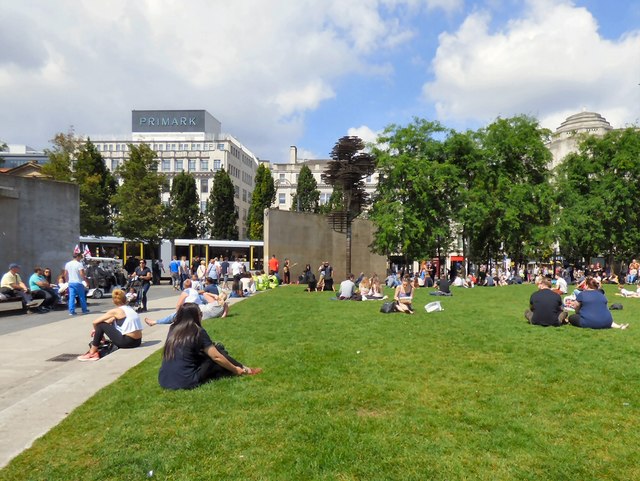 Bill Hughes, head of real assets at L&G investment management, said: “We see the partnership with Manchester city council and the proposal for Piccadilly Gardens as an opportunity to regenerate a prominent and well-used space in central Manchester that is also a thoroughfare to other parts of the city.

“Under the proposals L&G will dedicate £2m worth of investment in improvements to Piccadilly Gardens to make them more attractive and welcoming to families while deterring anti-social behaviour.

“The proposed Pavilion design will bring a new vibrancy and economy to Piccadilly Gardens which we hope residents can be proud of and visitors to Manchester will see as a destination in its own right.

“L&G has a longstanding track record of working with progressive local authorities to bring forward regeneration and improvements to social infrastructure projects. We see Piccadilly Gardens as a prime example of this kind of collaboration in action.”