After a boozy night out with the cricket lads, business student Bhav Patel dreamed of a cheeky Chester’s chicken burger meal and an untouched bed to sleep in.

So imagine his horror when he returned to Owen’s Park to find his bedroom wrapped in 17 rolls of tin foil.

His plans were foiled by his 11 determined flatmates – who’d tirelessly spent three hours wrapping up his belongings from floor to ceiling. 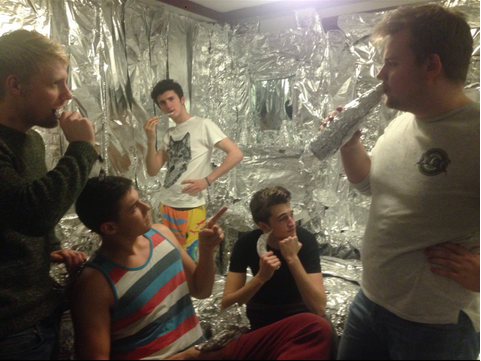 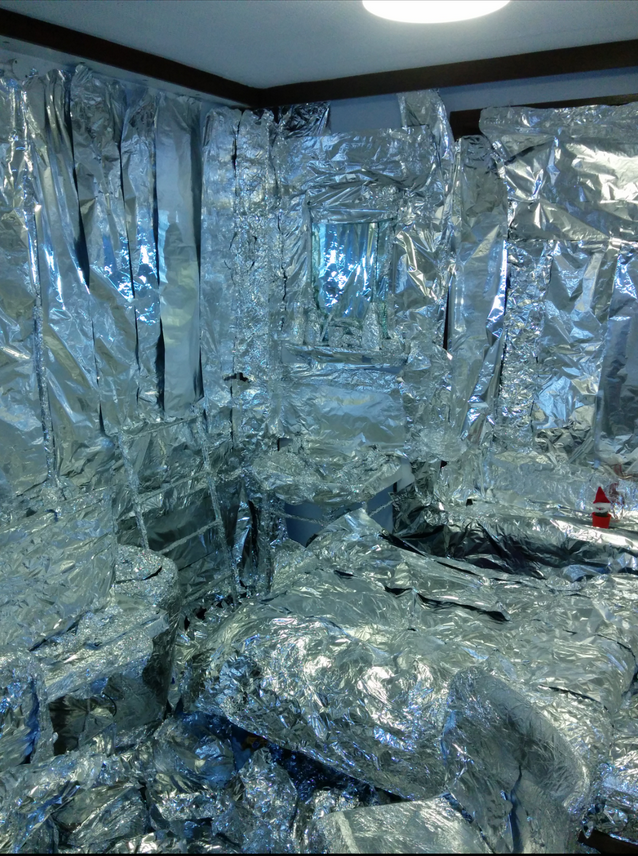 Drama student Will described the room as trippy 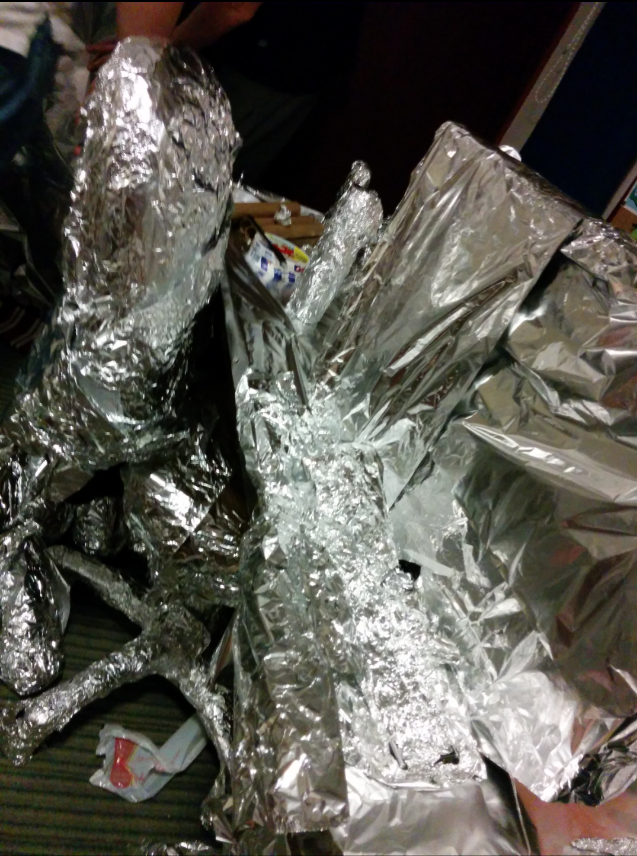 17 rolls of tin foil, two rolls of selotape and a broken laptop later his room in Mall 9 looked like “Lil Wayne’s mouth.”

He said: “My journey home is a bit of a blur. But when I got back to the flat my beer goggles were quickly replaced with panic, followed swiftly by anger.

“I though it was a spaceship.”

Sneaky flatmates tricked Bhav into leaving his room open by asking if they could play Fifa while he was out.

They then slipped off to Sainsbury’s when he went out and dropped an impressive £17 on own brand tin foil.

The team then got to work on their project at 11pm – but had to wait until 4am until Bhav returned. 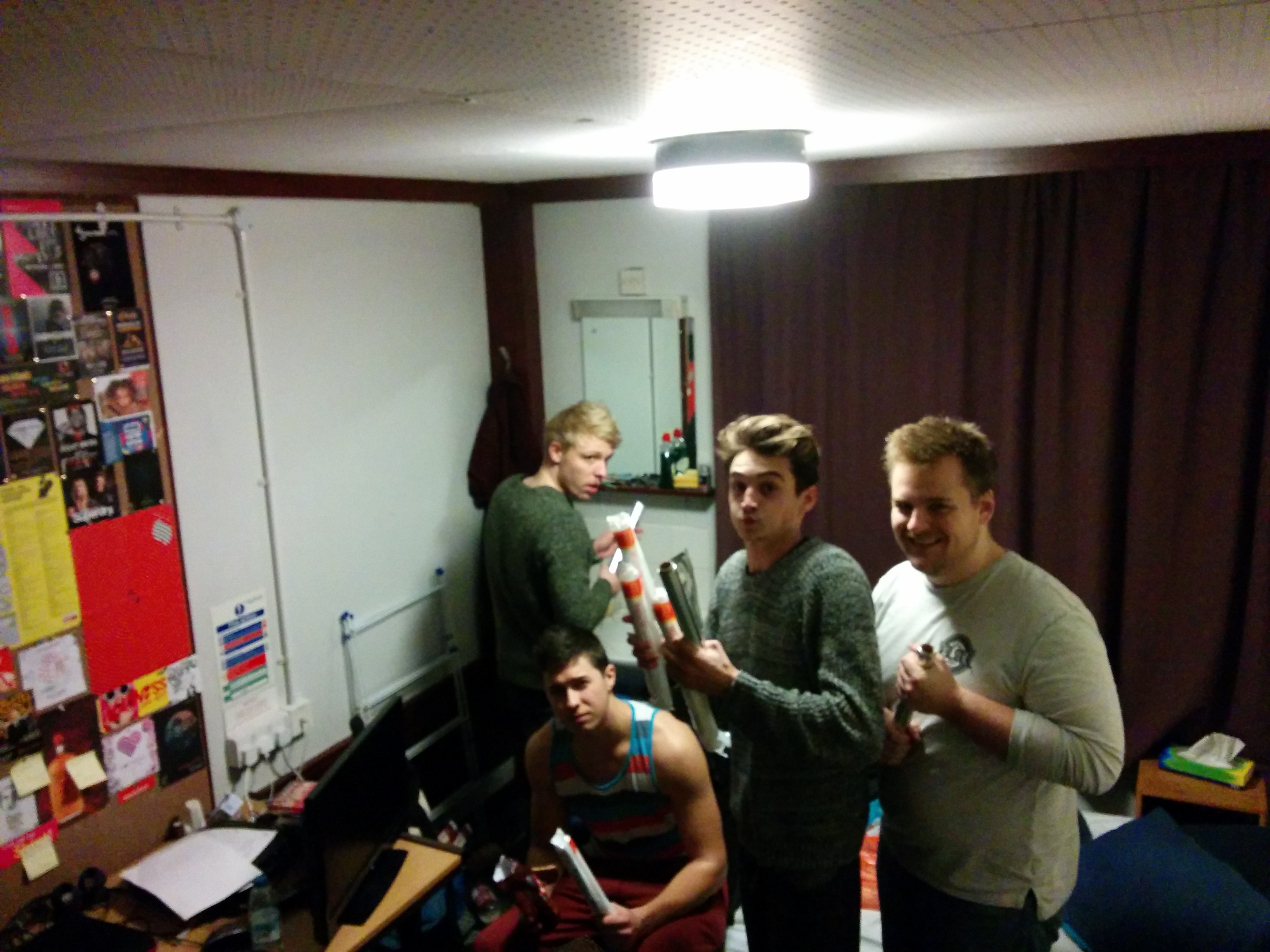 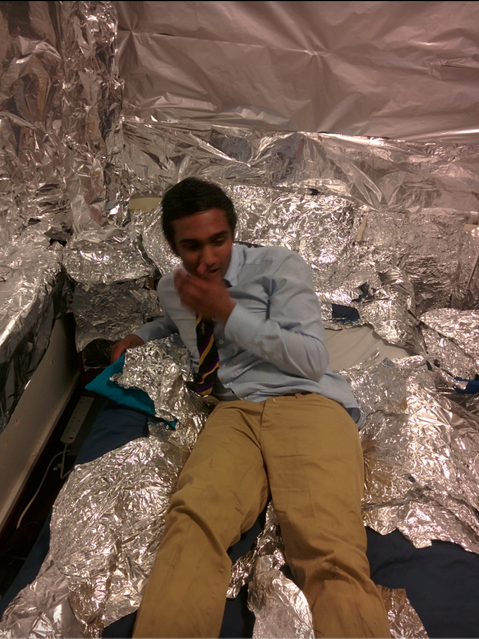 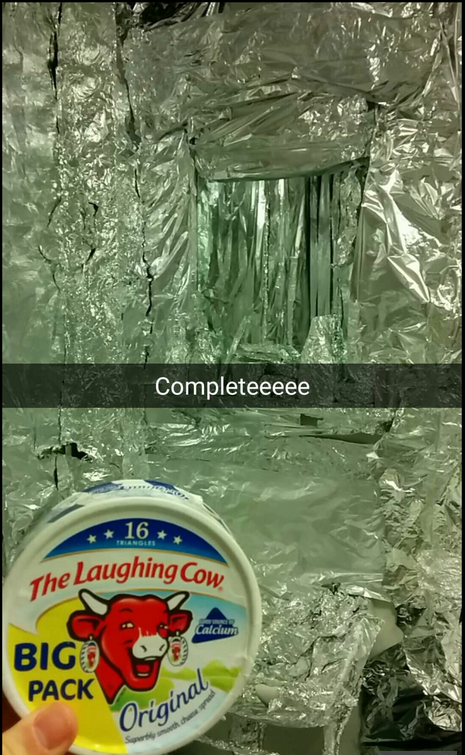 An angry Bhav then kicked the jokers out of his room before nestling in among the foil and trying to sleep.

He said: “I was really angry for a minute or two, then the drunkness kicked in and I just wanted to sleep.”

But a few minutes later he roped his friends back in to help him tear it down.

Flatmate Dale said: “It can’t have been that comfy.

“He woke two of us up to help him, at about 6am sadly. He’d only slept for a few minutes and was pretty grumpy. 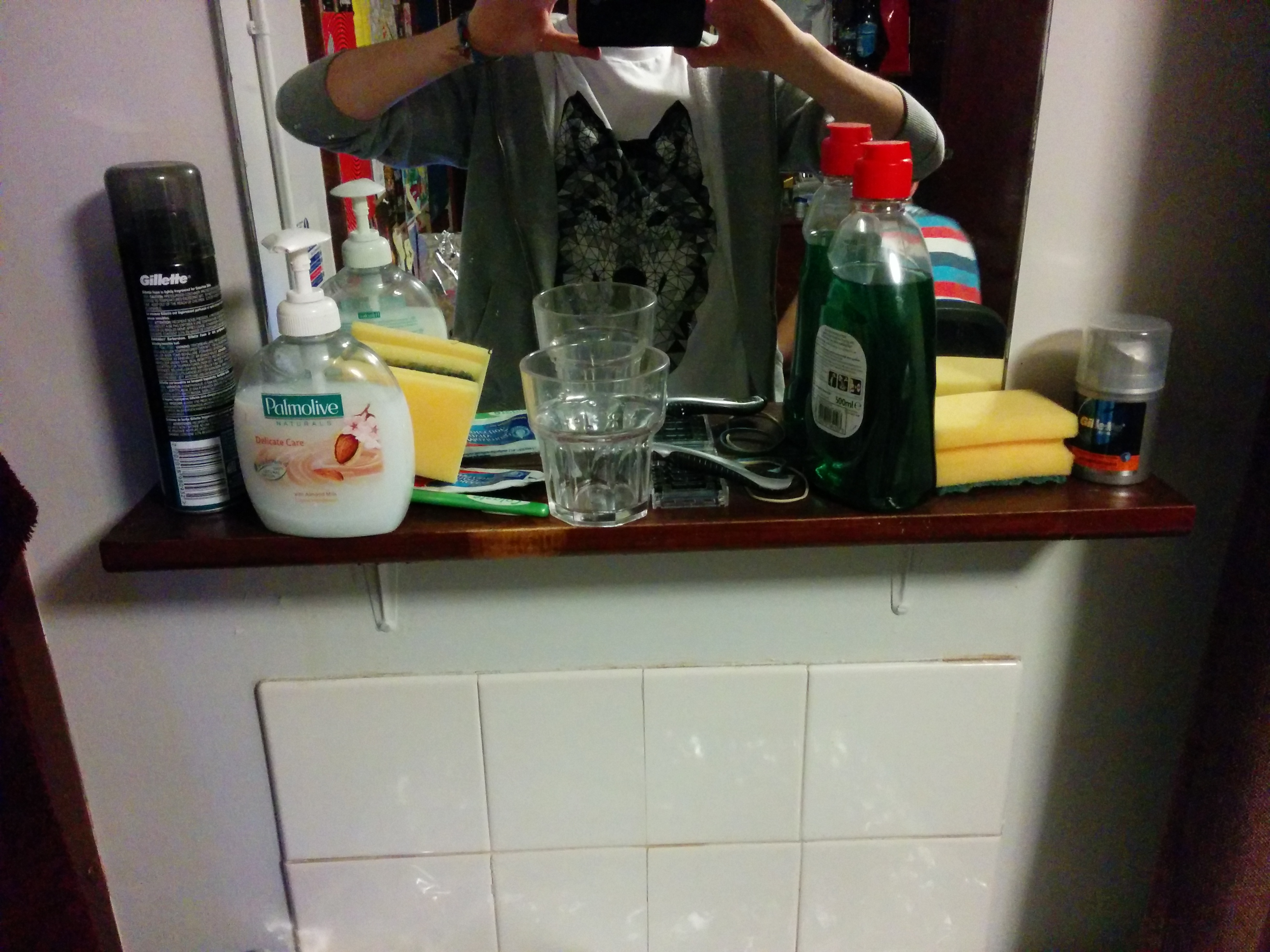 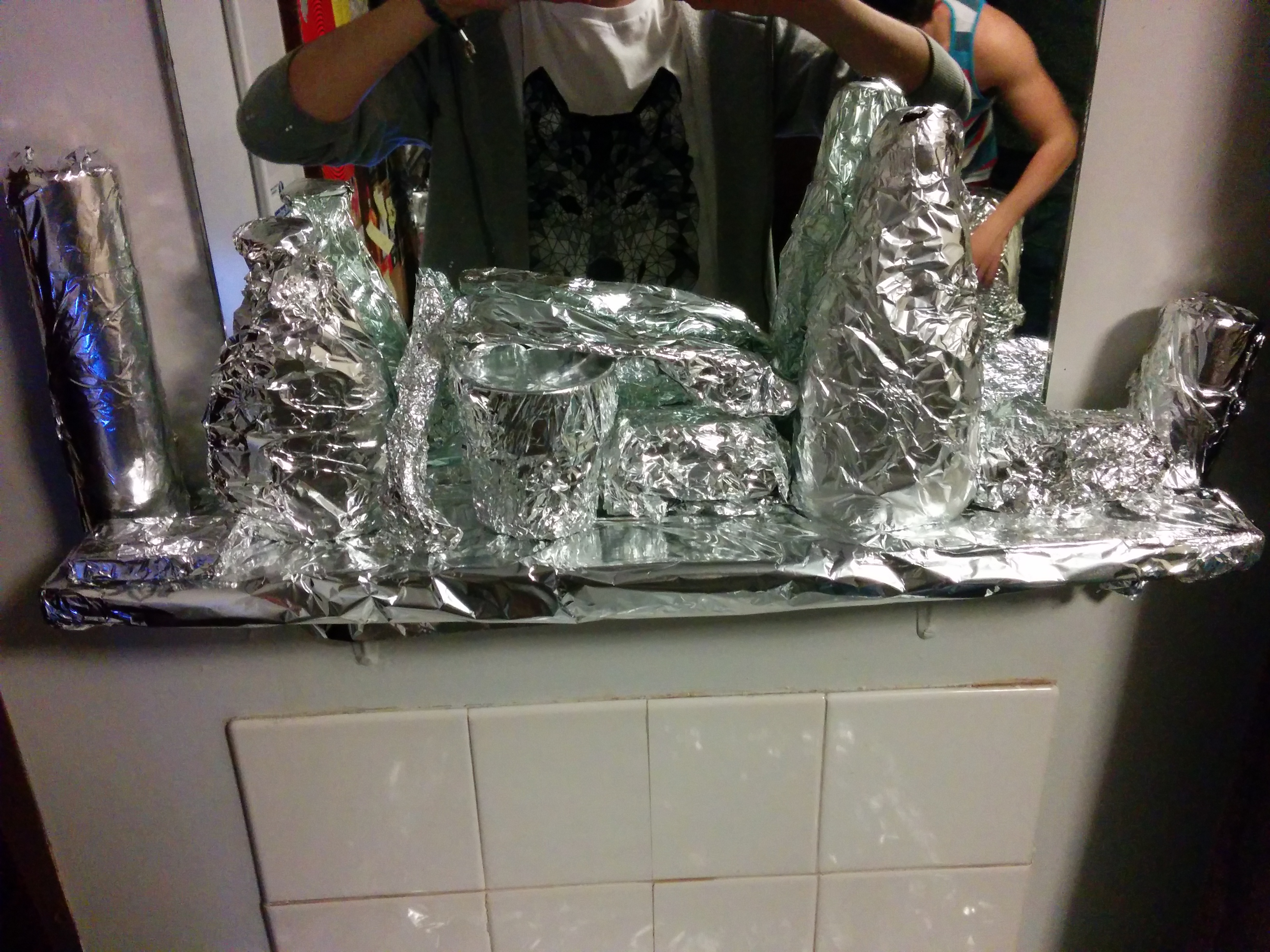 Another flatmate Ash said: “It was funny, I mean I’d hate it for it to happen to me, but it was really funny”.

“After the hilarity left, he came into mine and my mate’s room, forcing us to help him put his room back together and complaining of a broken laptop.”

After the prank, breathing hard and wiping sweat of his brow, Medicine student Mark sighed: “it probably wasn’t worth it”.