“Never take financial advice from someone who has less money than you.”

Alessia Rastina has been labelled ‘inhumane’ after an arrogant outburst during yesterday’s heated debate. The FOREX trader who infamously told the BBC he “dreams of recessions” spoke yesterday at the Manchester Debating Union.

Instead of putting forward a measured argument in defence of capitalism he offered crass life advice about how to get rich to a room full of shocked students. 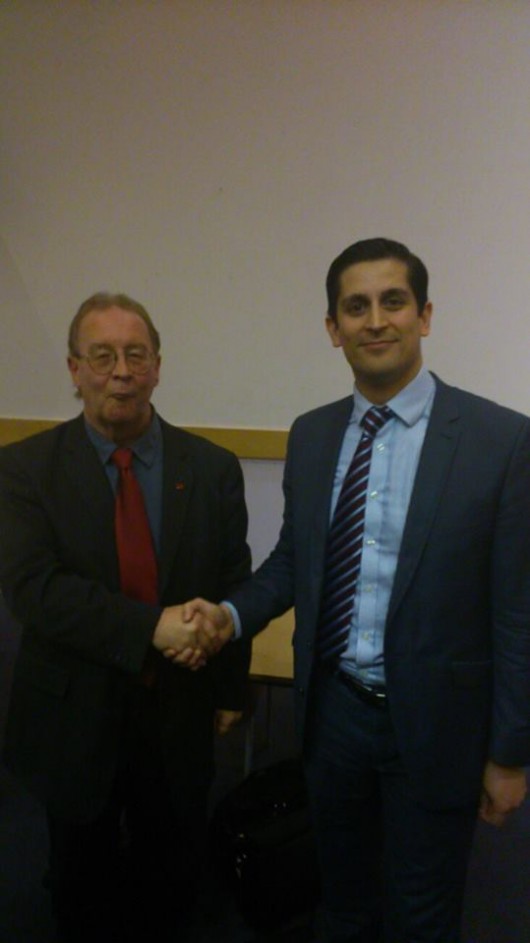 Robert Griffiths and Alessio Rastani at the debate yesterday

According to the trader there are only three ways to get rich: stocks, real estate and by starting a business.

When a student attempted to counter his arrogant outburst, Alessio simply retorted, “let me tell you something, never take financial advice from someone who has less money than you.”

He later denied that capitalism was responsible for poverty, even in the third world, claiming that, “people are in poverty because they don’t know what to do with money.” He compared the plight of those in poverty to that of lottery winners, who squander their millions in a matter of years.

This comment led the proposition, Robert Griffiths, General Secretary of the Communist Party of Britain to hit back.

He said “I wish you had opposed the motion rather than put forward such an extreme and inhumane version of Capitalism.”