Nothing but Net…ball. Varsity Match Report.

As one of the victorious varsity sports, the ladies did UCL proud on route to a thumping victory against Kings.

So our righteous institution has won the first Varsity Series against Strand Poly, ending with our rugby wins. But it is important to remember that there were seven sports involved, and one of our best wins was through our netball team. Held at Somers town Sports Centre, there was good support for both sides. After warm ups and some suitable pump up tunes (see Loop’s playlist), it got underway. 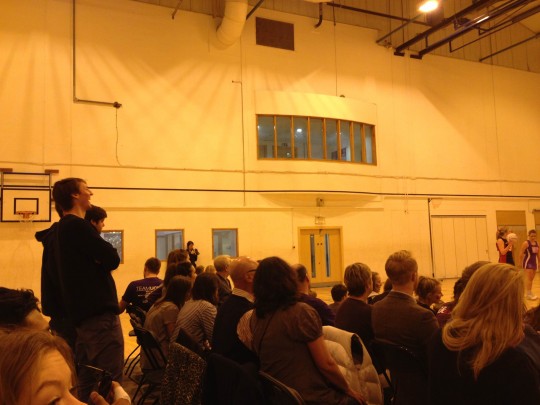 Nice mix of students and family.

After a slightly nervy start, with both teams being called up for penalties and a couple of early goals at both ends, UCL started to pull ahead. Katie Sanderson as Goal Shoot, in particular, was completely calm under defensive pressure and scored most of her shots on goal. While I will admit that I know almost nothing about the sport, UCL’s passing between the whole team was quick and accurate, allowing them to dominate in this opening quarter. Kings by contrast were struggling to get the ball, and when they did they didn’t really threaten to score apart from a few defensive lapses by UCL. At the end of the quarter, UCL lead Kings 13-6. 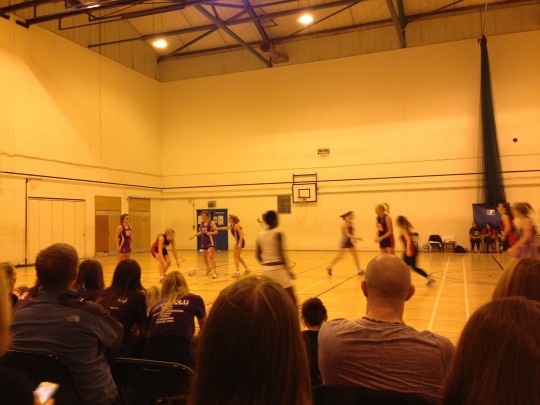 At the start of the second quarter, Sanderson extended UCL’s lead with some more nerveless goals. The UC defense also held strong with some good work from Goal Defense Caroline Jeffery, helped by some decidedly average Kings shooting. At this point the partnership between Sanderson and Goal Attack and captain Hannah Button really started to turn the screws on KCL, scoring goal after goal between them. As a result, UCL went into halftime 26-9 ahead. 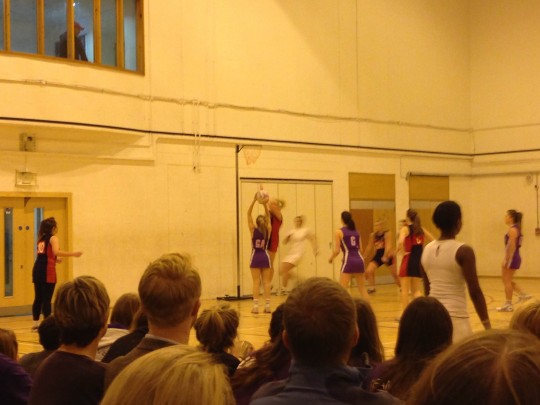 Another goal flies in.

A couple of substitutions later, the second half started to some more UCL dominance. Captain Button, having moved to the centre position, was flying all over the court and prevented Kings from getting back into the match. With more excellent passing, the team pulled even further in front to 35-13 at the end of the third, where it was possible to see the heads of the Kings bench really start to drop. 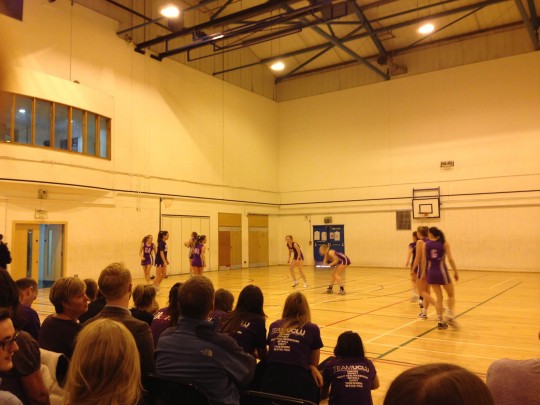 In the fourth, with the Kings already beaten, UCL turned in an absolutely ruthless performance. More shooting led the team reaching the 50 goal mark, something that I have been informed is a rare milestone in a competitive match. The final score was a frankly one sided 53-14 victory. 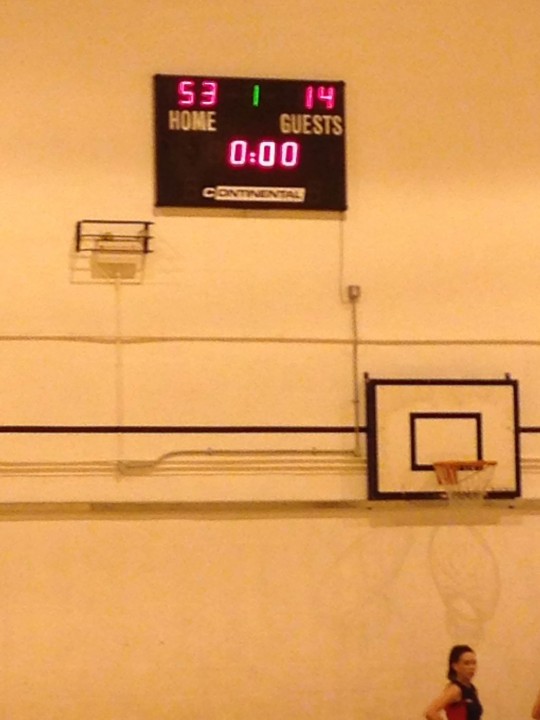 Afterwards I spoke to captain Hannah Button to get her thoughts on what had just happened. “Reaching 50 goals was a really great achievement. We knew we could beat Kings but we wanted to show how dominant we could be. After a tough season where we lost a number of BUCS games, this was a fantastic way to respond and I couldn’t have asked for anything more from the team.”