Patrick Maguire is enamoured with the bald ambition of UCLU Drama’s latest production, a nuanced and entertaining piece of absurdism

By rights, this production of the Bald Soprano ought to have been awful. The publicity material spoke at length and enthusiastically about Eugene Ionesco’s masterful absurdist technique and promised a play that would prove “simultaneously hilarious, tragic, and profound” and deftly satirise almost every aspect of our lives. It is difficult to imagine a group of Freshers pulling something like this off, and an easy assumption to make is that they would lack the experience and nous needed to do. 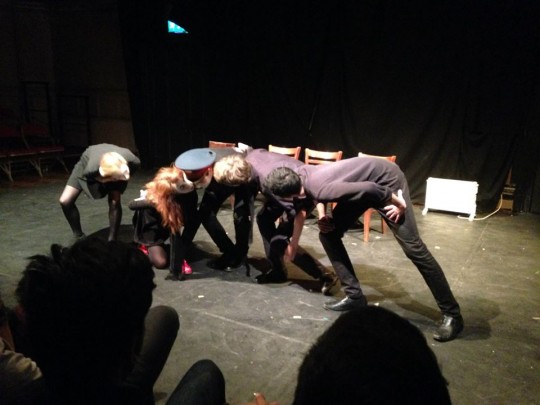 Don’t all our parents’ dinner parties end like this?

Friday night’s show, the second and last in a pitifully short run, was a funny and fulfilling experience in being proved wrong. The directorial team of Emily Louizou and Isabella Macpherson tee it up, and a fine cast knock it out the park with confidence, energy and poise. Things are several levels of ridiculous from the off, with Mr. and Mrs. Smith’s suburban dinner party quickly regressing into a bizarre cavalcade of apparently meaningless, directionless nonsense. One minute it’s a pithy, pointed one-liner, and the next it’s impressions of elephants, and doing the locomotion. The fact that this production manages to succeed in communicating Ionesco’s core sentiment – that communication in the modern world is futile, repressed and meaningless – is testament to the ability of the cast, and the intelligence of the direction. It’s almost unfair that a group of students can do it so well.

Leading couple Maxim Alexander-Sinclair and Hannah Donelon were excellent as a very English pair of Smiths, and look as if they’ve arrived at this performance via an apprenticeship served with the casts of Looney Tunes and Brief Encounter. Donelon in particular deserves to have all of the superlatives in the dictionary thrown at her for a performance that channels the soullessness of suburbia with vigour and unnerving accuracy. Though occasionally wooden, the rest of the cast impress with funny and intuitive performances, flitting ably from stiff and prim to languid and childlike. The zany physicality prominent throughout is always on the brink of becoming unbearable, but, to the credit of cast and director, it is well-paced and well-cued, and doesn’t detract from the play’s class or balance. 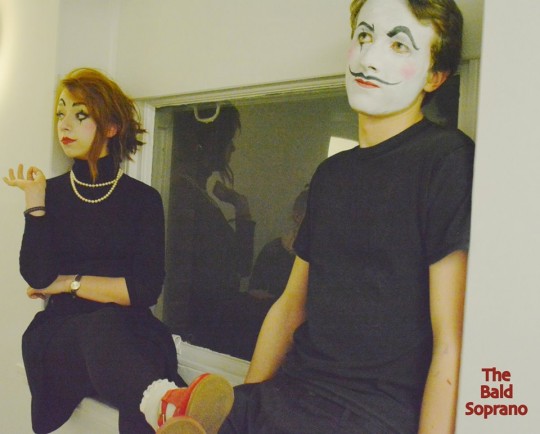 I cannot recommend this play enough. It is challenging, sophisticated, and disarmingly funny. None of the message is lost or muddled, and the production is nothing short of meticulous – the venue, Camden’s intimate Theatro Technis, is used excellently, as is music, costume, lighting and make-up. It will be a shame if UCLU Drama don’t send this to Edinburgh this summer, as this is a very nearly faultless play and cast that certainly deserve another outing, and a wider audience.