SSEES 1sts romp to victory at Chislehurst whilst the 2nds go down to the 3rds.

The hour-long trek to Chislehurst proved fruitful for SSEES 1sts as they kicked their season off with a polished performance away to Queen Mary 3rds. The corresponding fixture last year saw SSEES throw away at 2 goal lead at half-time and succumb to a 6-3 loss.

The season was 45 seconds old when SSEES traditional big man Alex Goring was clearly felled in the box and the referee duly awarded the penalty. Captain Matt Thomas, top goal scorer from last year, stepped up, subsequently slipped, and still managed to put it beyond the keeper. The old adage ‘a good penalty is one that goes in’ was heavily contested there. 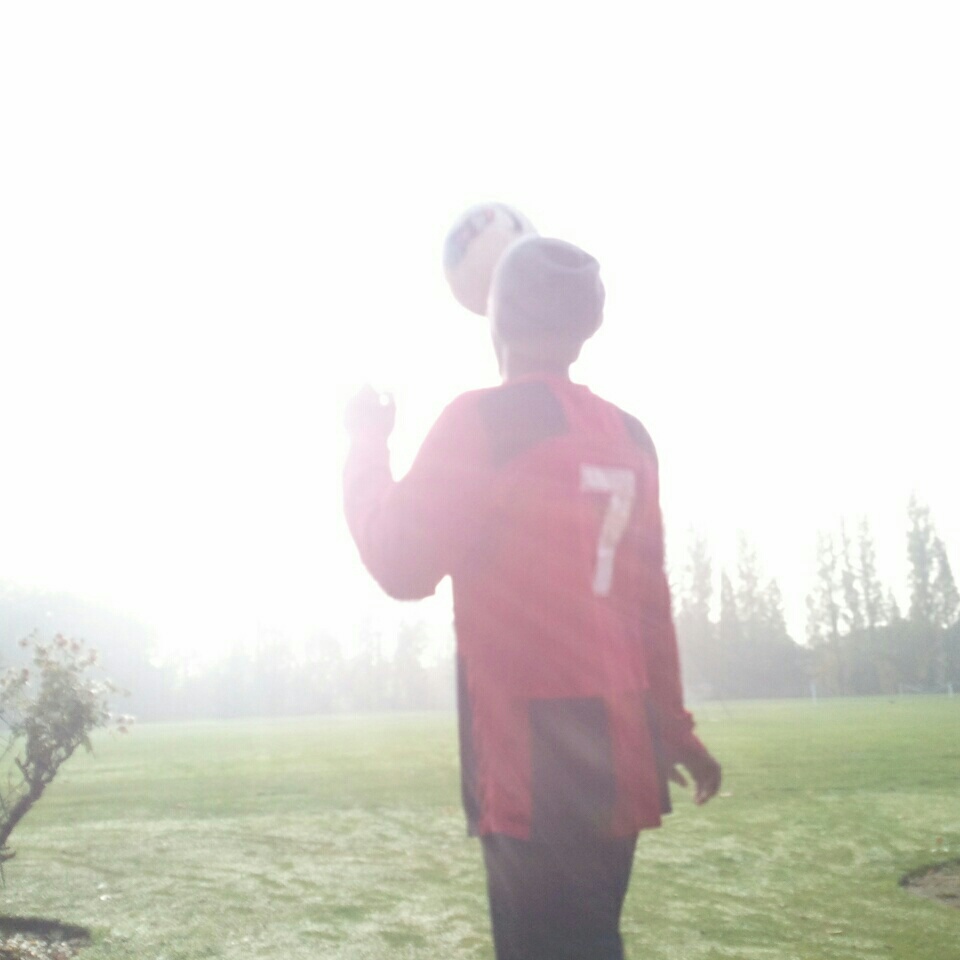 SSEES continued to control the game, with the occasional shot from range coming in from Queen Mary’s midfield. The SSEES defense managed to keep the opposition’s front men very quiet – an unfamiliar sight for keeper Tom Sleep who enjoyed the lone clean sheet last season.

Matt Thomas got his brace ten minutes before the break after a brilliant, driving run from continental new boy Filippo Casoni. After evading two challenges, he burst into the box and squared it for Matt Thomas to give SSEES a comfortable lead. Just one of many moments to remember for the eventual man of the match.

Five minutes later and the season’s opener was turning into a romp. A deep ball into the box found another new boy in Kelvin Anyaoku (pictured) who, at the second attempt, smashed the ball into the back of the net. The new attacking unit was gelling immediately, and there are talks that Casoni & Anyaoku are trying to combine their choreographic backgrounds to make celebrations a bit more interesting.

A reminder from captain Thomas of last season’s collapse kept SSEES on their toes and after weathering the first ten minutes of the second half, they once again started to assert their dominance. Wasteful finishing from Thomas and winger Myles Pyne meant the score was kept at just 3-0 but a very good team performance means this season is looking very promising for this new look SSEES.

Elsewhere in the ULU league, SSEES 2nds kicked off their season against the newly formed SSEES 3rds. Players would have been forgiven in thinking this was still pre-season as these two sets of players had met a couple times after trials. Players have been moved about between the teams and this was perhaps reflected in the dour 1-0 win for the thirds.

There was simply more determination and cohesiveness from the 3rds, perhaps a result of this being their premier match. And the famous scoreline will be looked at fondly in years to come. So a real boon for the 3rds, who now might be fearing a few of their star performers will be ‘promoted’ to the 2nds.

The goal came as the 2nds were looking for the winner. After an attack broke down the ball was pumped forward and found Rory West (previously of the 2nds, now captain of the 3rds) and as he showed all of last season, he finished with aplomb into the bottom corner. Some claim he was marginally offside, but in typical Rory fashion, he milked the moment and lifted his shirt over his head. Leading by example, he’s got his team off to a flying start.