It had to flee America and Mexico because of neo-Nazis

On the day of Trump’s inauguration, Shia LaBeouf began a project where “the public [was] invited to deliver the words ‘HE WILL NOT DIVIDE US’ into a camera mounted on a wall outside the Museum of the Moving Image, New York, repeating the phrase as many times, and for as long as they wish,” as a stand of opposition and optimism against the controversial 45th President.

After being abandoned and relocated to a second, unknown location, the project added a livestream of a flag reading “HE WILL NOT DIVIDE US” showing. 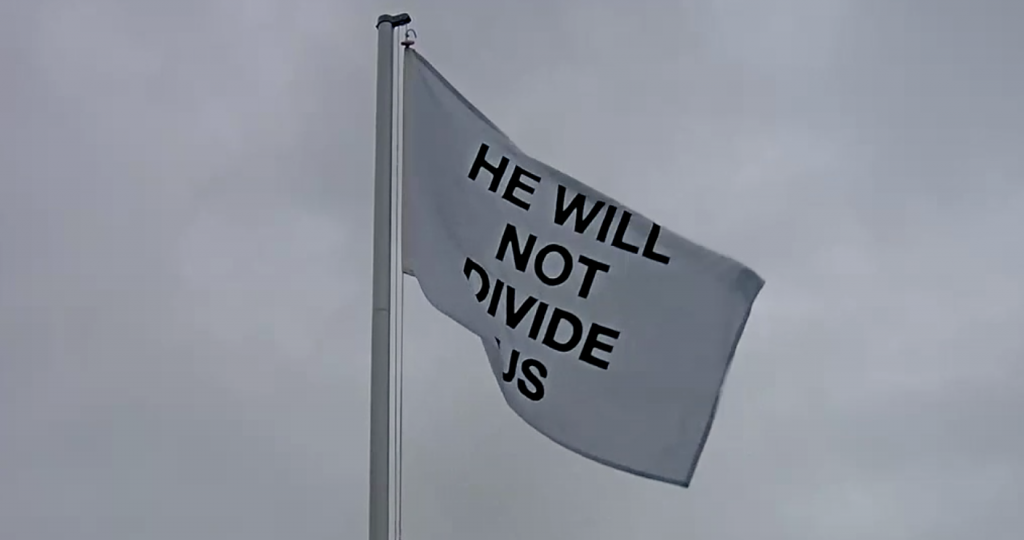 Today, after yet another relocation, the flag has come to Liverpool and was brought by none other than FACT, the gallery at which Shia Labeouf performed another exhibition last year. 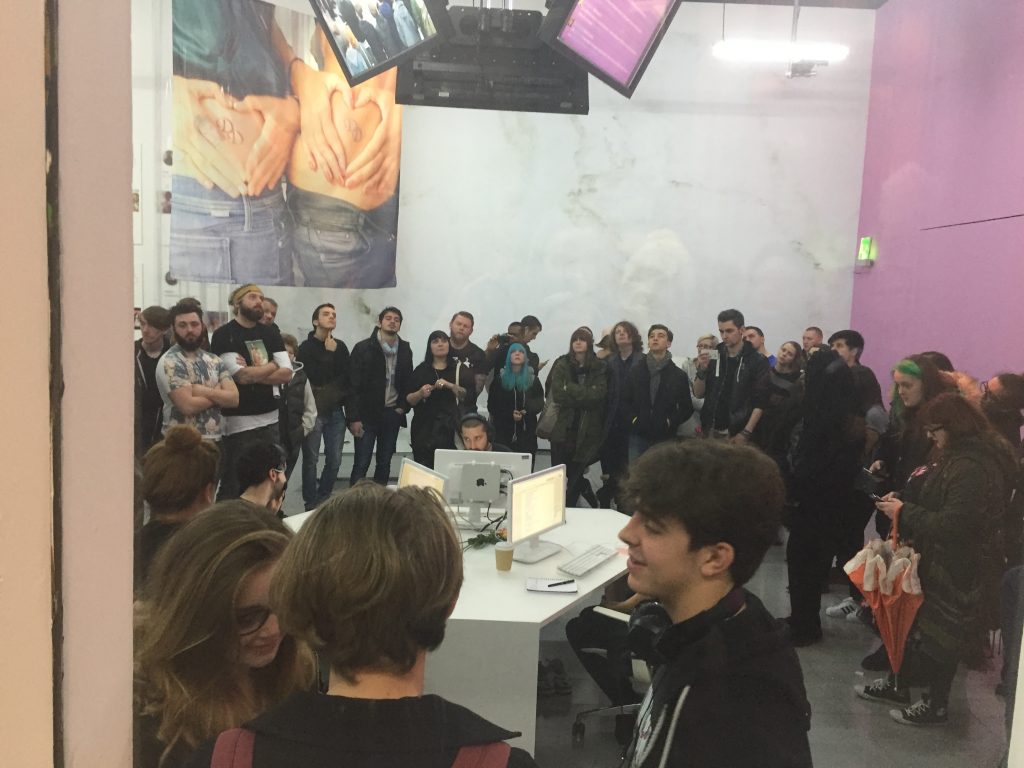 Shia, Luke Turner and Nastja Rönko, the artists behind the campaign, said it was moved as “events have shown that America is simply not safe enough for this artwork to exist.”

A press release details the journey of the campaign accross countries:

“During the initial weeks of the project, the installation was subjected to constant disruption and hate speech by far-right extremists, and a lack of institutional support. On 10 February, the museum removed the camera without the artists’ knowledge or consent. On 18 February, the artists relocated the work to Albuquerque, where the community continued an enthusiastic engagement and participation in the piece. However, due to disruption by neo-Nazis, and after gunshots were fired in the vicinity, although unrelated to the project, the artists were unable to continue to keep the installation open to the public.

“On 8 March, the project moved to an ‘unknown location’, where the work was adapted to its present form, accessible solely through the online stream. Following escalating threats and criminal activity coordinated via online message boards 4chan and 8chan, which included the theft and defacement of the artwork by white supremacists, and a field at the location being set on fire, the artists have now been forced to site the project outside of the United States”. 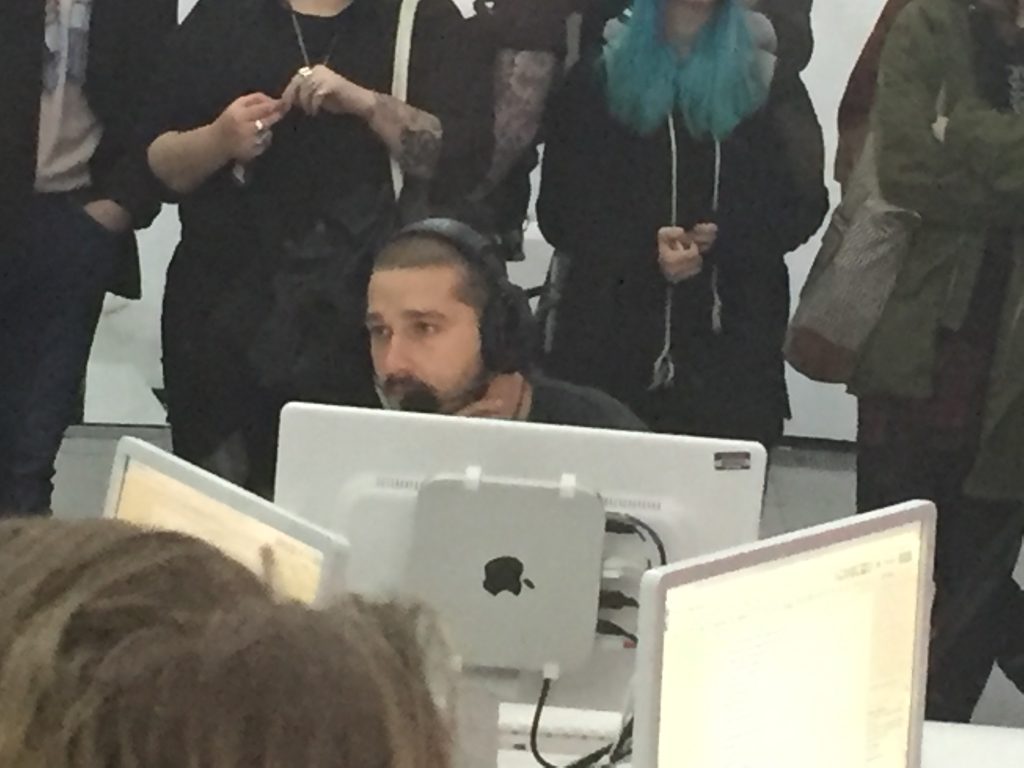 Alt-right users on 8chan, an imageboard site and forum site, have started plans to disrupt the flag. They speculate that the flag sits on a roof of what looks like a five-story building.

They want to send drones with knives attached to them to cut down the flag, while others suggest attaching a green paint bomb to the drone to ruin the flag – green to apparently represent the Pepe the frog meme. They’re even going so far as to discuss physically getting on to the building to replace the flag with one of their own.

Liverpool’s a pretty big city, but based on Shia’s history with the city, you can probably guess where the flag is flying.