I completed the Greggly Run, eating at 13 Greggs stores in one day

Not exactly a cakewalk

Everyone knows that Leeds is overrun with Greggs’, but is it possible to do an Otley-run style pitstop at every one of them?

The bakery chain has become as synonymous with Leeds as recreational drug use and wavy garms, with thirteen branches in the city centre alone.

It’s a thought that has bugged me for some time, the idea of a “Greggly run” – so with not long to go before I leave Leeds and many a bog standard Otley Run behind me, I decided to find out if it could be done. 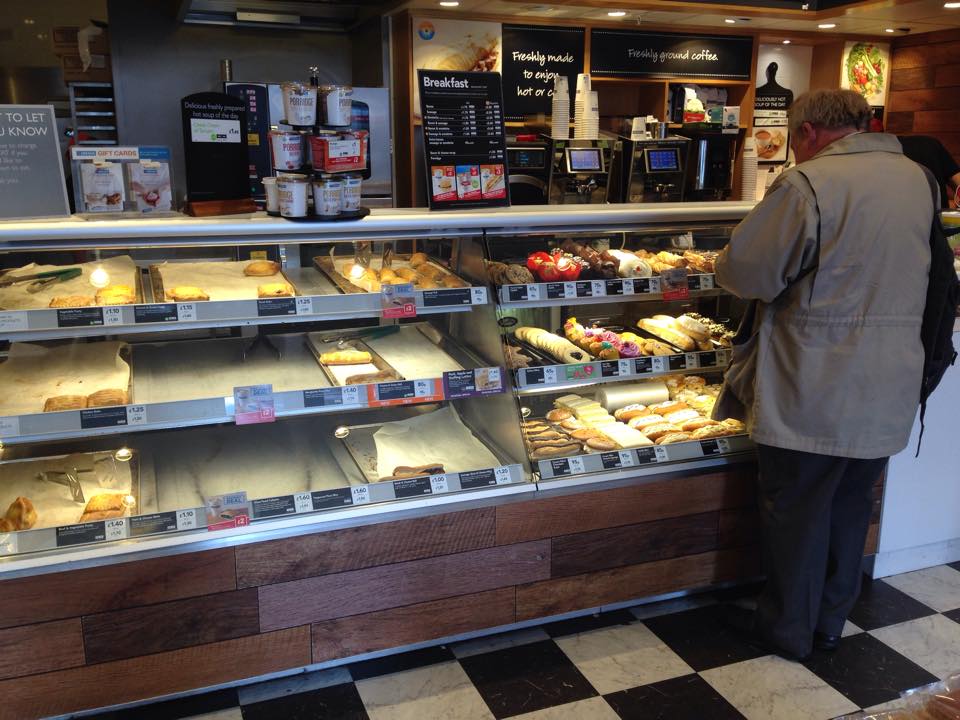 Rules of the Greggly Run

You must have a food item at each of the Greggs South of campus and North of the train station (the Headingley Greggs is not included). Drinks don’t count unless you have something to eat as well. Finish everything you buy in one day.

I love Greggs, and facing this challenge would come to define my relationship not just with Steak Bakes and Sausage Rolls, but with the glorious city of Leeds.

The first problem you encounter in taking on such a pointless task is the realisation that Greggs closes before 5pm, meaning you’ve got to get up reasonably early if you want to get all of them in. I had planned my route expertly, even setting myself specific times to be at each outlet. 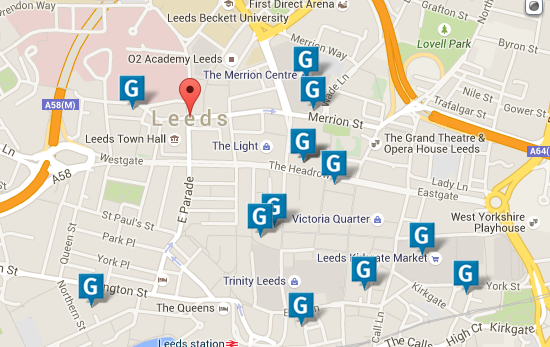 I went via Greggs’ official website, which gave me twelve results, but missed off one restaurant on the Headrow. Thirteen then, a bakers dozen.

First off was an early morning Chicken Bake and Orange Juice on St. George’s Street, which went down well enough. Five minutes later, I was treating myself to a delicious bacon sandwich (brown sauce, obviously) in the Merrion Centre. Just outside on Wade Lane, I parted with 80 hard earned pennies for my first sausage roll of the morning. Next to The Light, I had my second.

At this point, I felt like a dog with two dicks. What a cakewalk this was going to be. I don’t exactly have a huge appetite, but having blitzed through a quarter of my challenge in about half an hour, I was pretty confident the pastry-based glory would be mine. Time for a celebratory coffee. 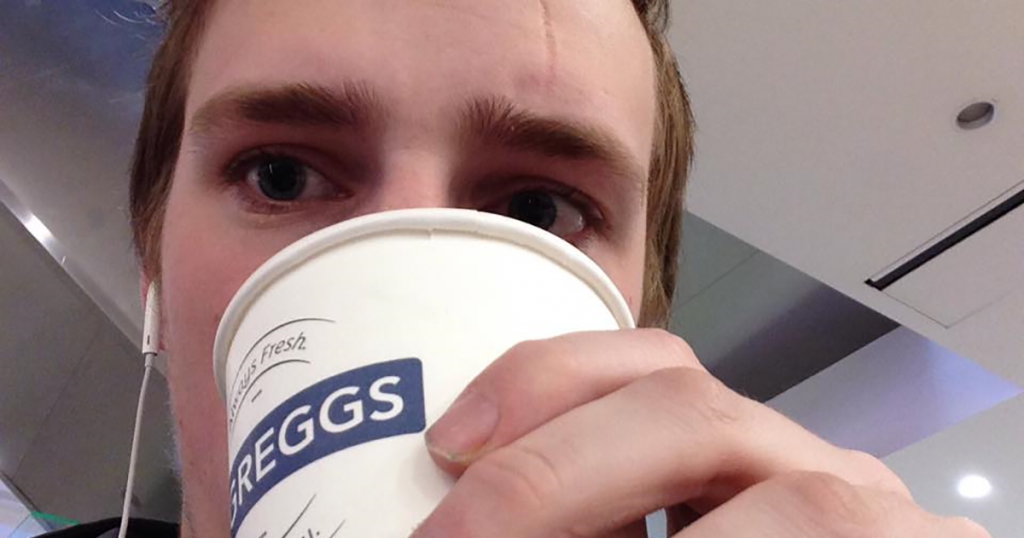 The Headrow has two Greggs’ on it, for people too lazy to cross the road. This was the point my arrogance got the better of me, as I knocked back a Margherita pizza slice and another sausage roll. I felt like the thing from Alien was going to burst out my stomach, wearing a Greggs blue hat. Worst of all was the realisation I wasn’t even halfway through.

This was the pastry equivalent to the point on an Otley Run where you realise you’ve gotten ahead of yourself and need to slow down. Fortunately, the plentiful seats at Leeds Bus Station gave me some recovery time. I had to press on though, and although the Steak Bake was cold, it tasted of endeavour and opportunity.

Kirkgate’s branch, opposite the corn exchange, was next. I needed to counterract the heft of the filled pastries I’d had so far, and went for a Gingerbread man. Nobody batted an eyelid at this request even though I’m clearly not of an acceptable Gingerbread-man-eating age. 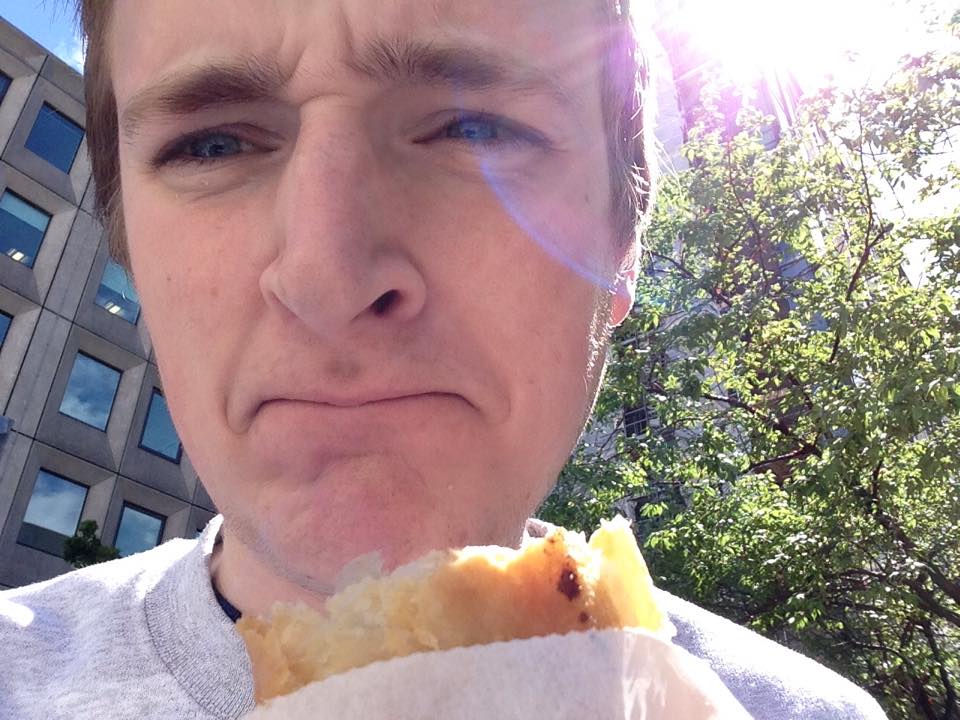 I was now eight down and with the end in sight, but feeling absolutely disgusting. I bought another OJ to introduce some much needed “healthy stuff” into my system, but it wouldn’t work. At this point, I could either give up and go home, or press on and achieve greatness. I chose the latter.

Briggate, Bond Street and Albion Street were something of a blur.  I was thankful I still had plenty of time left to complete the challenge, as I tackled a fourth sausage roll, another pizza slice and another gingerbread man (don’t judge me). It became absolutely painful to finish mouthfuls and I feared I was about to fall at the final hurdle.

I left myself 45 minutes recovery time. I felt like I’d deserved it. I marched into the Boar Lane branch, (not really, the queue was quite big) and wolfed down another Chicken Bake. 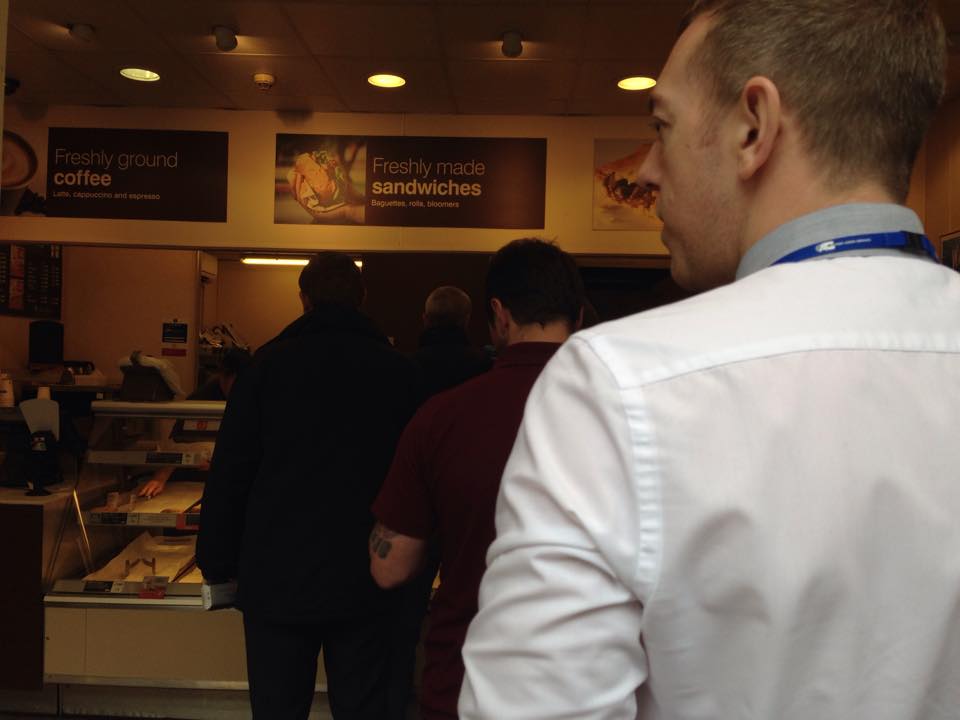 One left, and I had ages to get there. The final Greggs in my bakers’ dozen was at West Point, a place I had never heard of in my life. Turns out it’s near a load of offices, so I took my place in the queue and went for another treat, a Rainbow Cake. It was a slog, but it was done. I had defeated Greggs, defeated Leeds and defeated my own personal wellbeing.

I did this partly because of severely wanting to procrastinate from revision, but also to do something ridiculously “Leedsy” before I left uni. Next time I’m with a visitor to Yorkshire’s finest city and they remark “Hey, there’s a lot of Greggs here” I can tell them of my triumph. It’s also going on the CV. 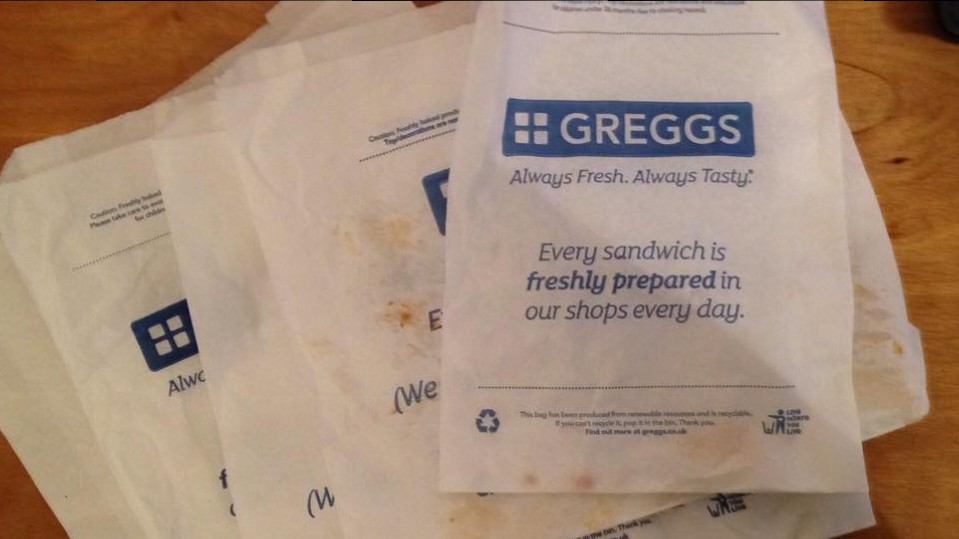 Now, I am left with only a pile of greasy empty packets as a small token of what I achieved. It was one hell of a journey, and I honestly think this, more than anything else, demonstrates what a bored third-year can do if they really put their mind to it.

Thank you Greggs, Thank you Leeds.