Student transformed himself into Priscilla, Queen of the Ring to launch wrestling career

It’s not a job usually suggested at career fairs, but one Leeds graduate is making a name for himself as a cross dressing professional wrestler.

Ex-Classical Civilisations student Ollie Burns, 25, turned himself into the flamboyant Priscilla, Queen of the Ring with bright wigs, make-up and heels. 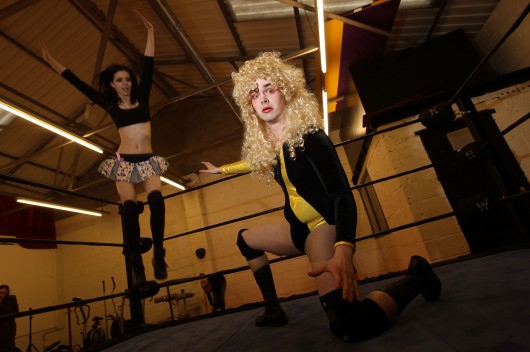 Ollie, who’s been wrestling for ten years, started his drag act in 2009. He explained: “A wrestler’s character is like the most exaggerated version of themselves and Priscilla is just me at my most flamboyant.”

“When I moved to university in Leeds, I felt like I could develop my gimmick and that’s when Priscilla was born. I had been working towards it for a while.” 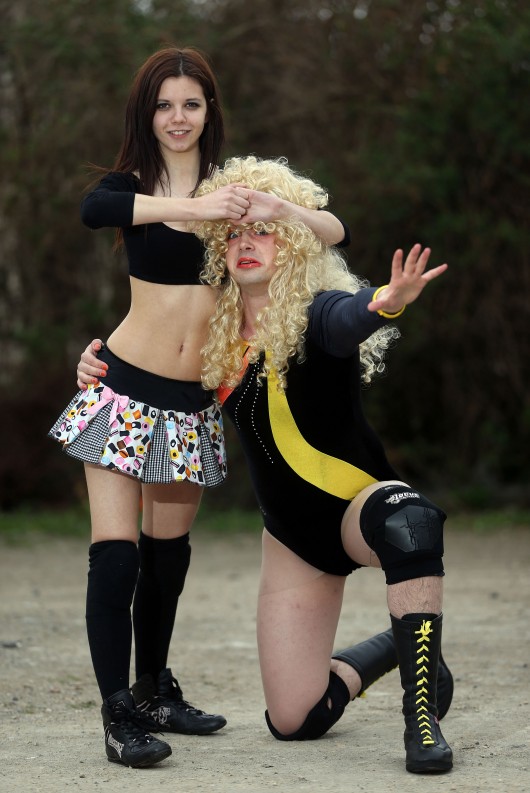 Tag team … Ollie and his girlfriend Natasha, who is also a wrestler

Ollie added: “Male wrestlers like to think of themselves as being quite macho – despite dressing up in pink leotards – so they would always talk about lad stuff.”

“I’m not camp but I’m not a ‘laddy’ guy so I never really joined in – so I suppose they just assumed I was gay.”

He said: “I love wrestling and would love to make it into a career one day. It’s all about getting people to like your act and book you for shows. I’ll keep on performing as Priscilla as everyone seems to love her.”

You can check out Priscilla in action here: