I lived in New York for study abroad, and these are the things that I missed the most about London

Last year I spent the spring semester in New York City to study at The New School, and I came back with a thoroughly American pronunciation and an urge to tell stories about my trip to anyone who was willing to listen. But I’ll save you all the best-decision-ever, experience-of-a-lifetime talk (it’s cliché, but I swear it's true) and dive straight into the things that confused me in New York/America and those that I missed about King’s when I was caught in the craziness of an American college.

Pret is hella expensive in the US

As King’s students, Prets are basically our second home. I was delighted to discover that not only there was a small Pret right across the avenue from where I lived, but also a big one three streets away from the University Center (forgive me for the American spelling).

However, the Americans betrayed me when I had to pay $4.50 for a Chai Latte – the soya milk is not even free. I also discovered that my favourite meal (aka the Avocado and Herb wrap) costs an outrageous $8.99. Yep, you read that right.

Module selection is a reckless competition

When I was trying to register for classes and found out that they are first-come first-served I sort of panicked, because registration had been open for a few weeks and nobody there had thought about informing us exchange students.

I managed to snatch pretty good modules in the end, but it was hilarious to watch my New York friends panic when they slept through the 7AM alarm, purposefully set for the opening of the registration window – they had to frantically enroll on random classes until they had secured enough credits. In the meantime, I had a period of one month to carefully go through the module options and, when I felt ready and sure, select those that I thought would suit me best. Talk about privilege.

No reading week deadlines – and no, it’s not really a good thing

In the US you don't have a reading week but rather a spring break, which is exactly what it sounds like – a week where you can actually chill. But not having three big deadlines in the span of five days means having to write an average of three to four short papers each week, in addition to the never-ending readings that apparently are a constant in every English-speaking country. Let me tell you, that's whole new level of weekly stress.

Oh, and there are also longer papers for midterms and finals, so really you’re just producing content non-stop – which leads you to doubt the validity of your arguments more often than at King's, which in turn can cause extra academic and existential crises. 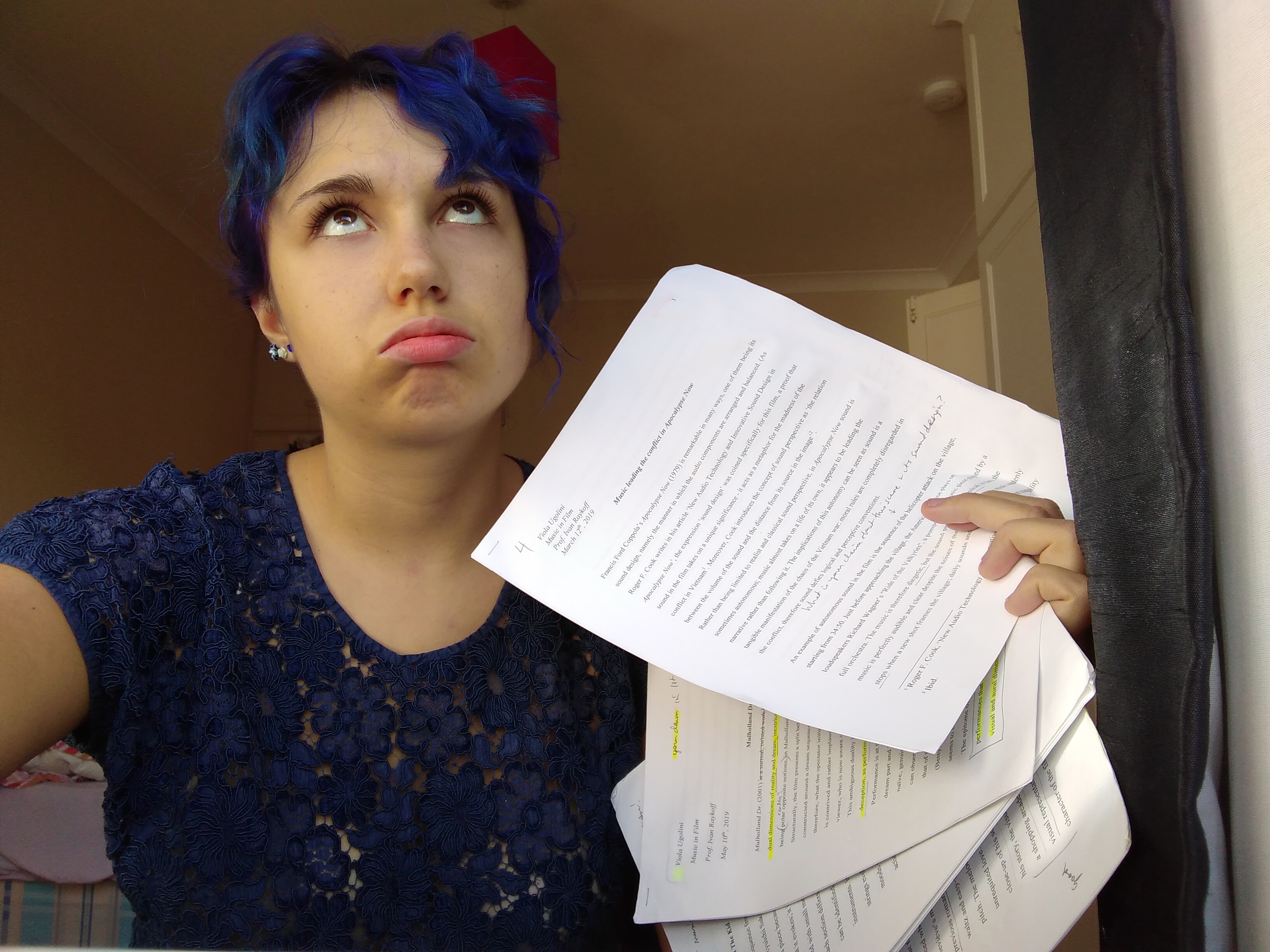 Buildings in America have no ground floor

For the first month I found myself climbing seven flights of stairs and taking score of them to then realise that I was supposed to stop one floor sooner. Or worse, in lazy moments I would get into the lift and reach for the first floor button before realising that I was already on the first floor, at which point I shamefully rushed out of the elevator and mentally facepalmed myself.

Orientation Week was fun and full of activities and events, but that was it – The New School doesn't have societies as we know them – opportunities to do whatever you like with people from uni who like to do the same thing.

I was a bit disappointed at first, then I realised that the lack of societies is because in New York everyone likes to their own thing on their own terms. That's not necessarily a bad thing, but it's always nice to have a space where you'e sure to find people with your same interests.

Americans never gave me a break for using British words

I'm not even British, but while living in London I obviously got used to speaking like the Brits, and I never thought it would be a problem.

The worst was when I accidentally called the subway 'tube'. Okay, I recognise that it was a mistake, but I almost got screamed off the platform by a bunch of proud Americans.

Take it from an expert

Everyone famous who went to King’s

These Walls Between Us: The KCL play you should definitely see this weekend