It was the year of damning Daniels and Evil Kermits, but 2016 also saw the birth of a new style of meme; the University Facebook meme.

Memebridge was first in the field. Founded in late 2016, it amounted 10,000 likes in two months and kicked-off a national trend of entire Facebook pages purely dedicated to comedically chronicling uni life with memes.

But just why are some students, aka the admins, making it their life destiny to get their fellow students to haha react? 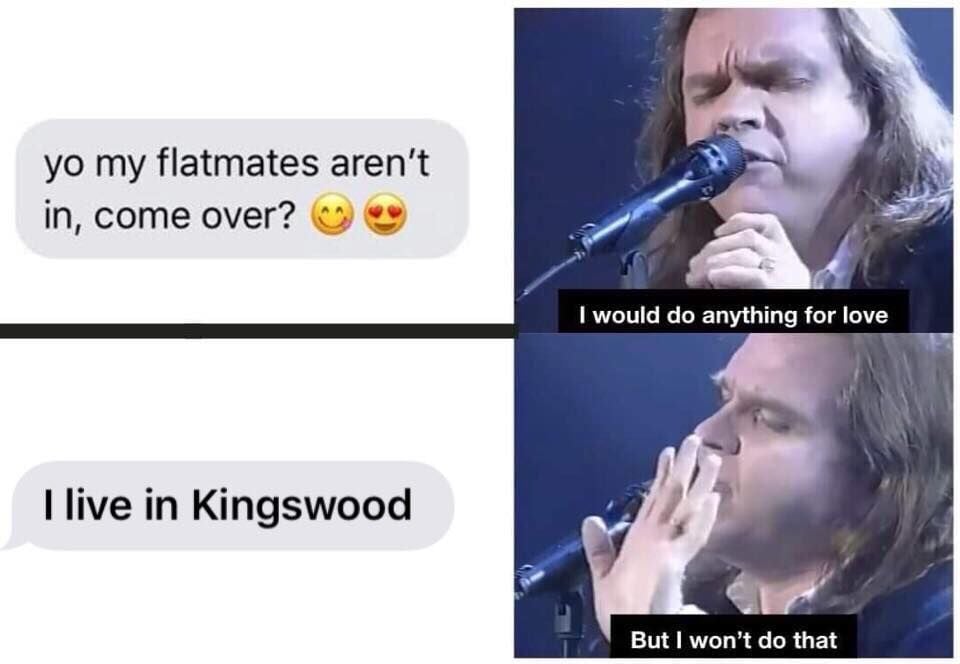 The admin behind Royal Memeoway admits that they had “no real mission statement per se” with the page, and founded it because other university students were doing the same.

While memes don’t count for extra-credit work, the meme discourse they help make is, to the admin, “a form of observational comedy – with the same appeal as shows like Peep Show or a bit from Jerry Seinfeld.”

Making memes is the job of dreams, but Royal Memeoway say they “passed up an opportunity sell ads” and that nobody knows the identity of the admin. 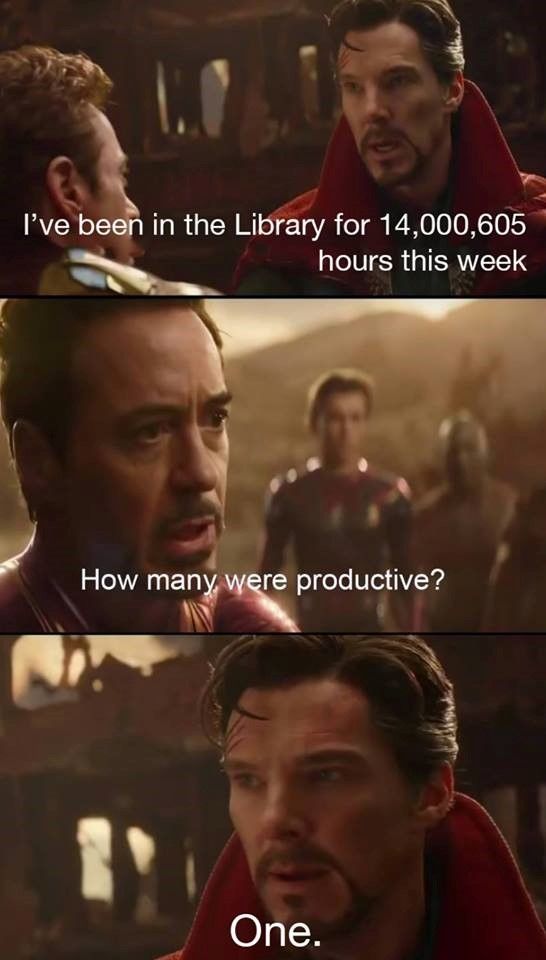 Memeperial told me how “when Infinity War came out we published a related meme that merged that with the stress of trying to revise for exams – it ended up getting 12k+ reactions and is far-and-away our most popular meme ever.

“Sometimes you can't help but catch the viral wave of the entire UK's students, and not just Imperial.”

To Memeperial’s admins, they feel like “it's our job really to make sure we come up with content that people will like.” Vouching that self-deprecation is the “universally recognised way to lighten a situation”.

That is, “at university, it seems that life is so hard… but being able to make a meme that a lot of people can relate to somewhat eases nerves that ‘okay, I'm not the only one going through this situation’.”

Up North of the country, accents might be different, but memes are still currency.

University of Memechester kicked off their page because they "just thought it would be a laugh”.

They thought they could do a “decent job” at uni memes, and explained how “British humour lends itself to self-deprecation, and what’s more self-deprecating than chatting shit about somewhere you pay 9k a year to go to?”

Their status on Theresa May when she called a snap election chalked up 8.1k likes and reached over 618,000 people. 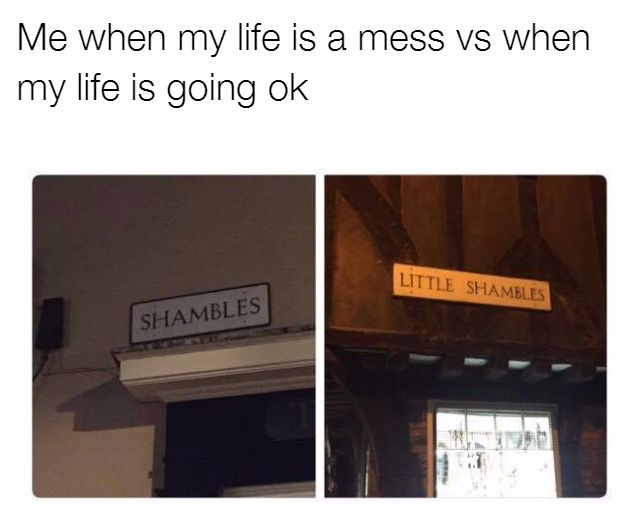 University of York Memes is ran by three students, with a fourth on the way as two are set to graduate this year. UoY Memes was founded in 2012, went inactive, and was resurrected in 2016. Making them one of the trailblazers in the meme scene.

“We took it up because it was something interesting to do,” one admin tells me, “and allowed us to be funny in public, do a bit of ranting and just generally joke about the things everyone is familiar with.”

Two years on, their page became a “creative outlet” for students and even founded a MemeSoc.

Going onto blend memes with politics by campaigning for Halifexit, calling for the distant Halifax College to “leave campus” in a satirical commentary on pro-Brexit ideation, or launch a 3D model of the Central Hall spaceship into space; making meme page history. 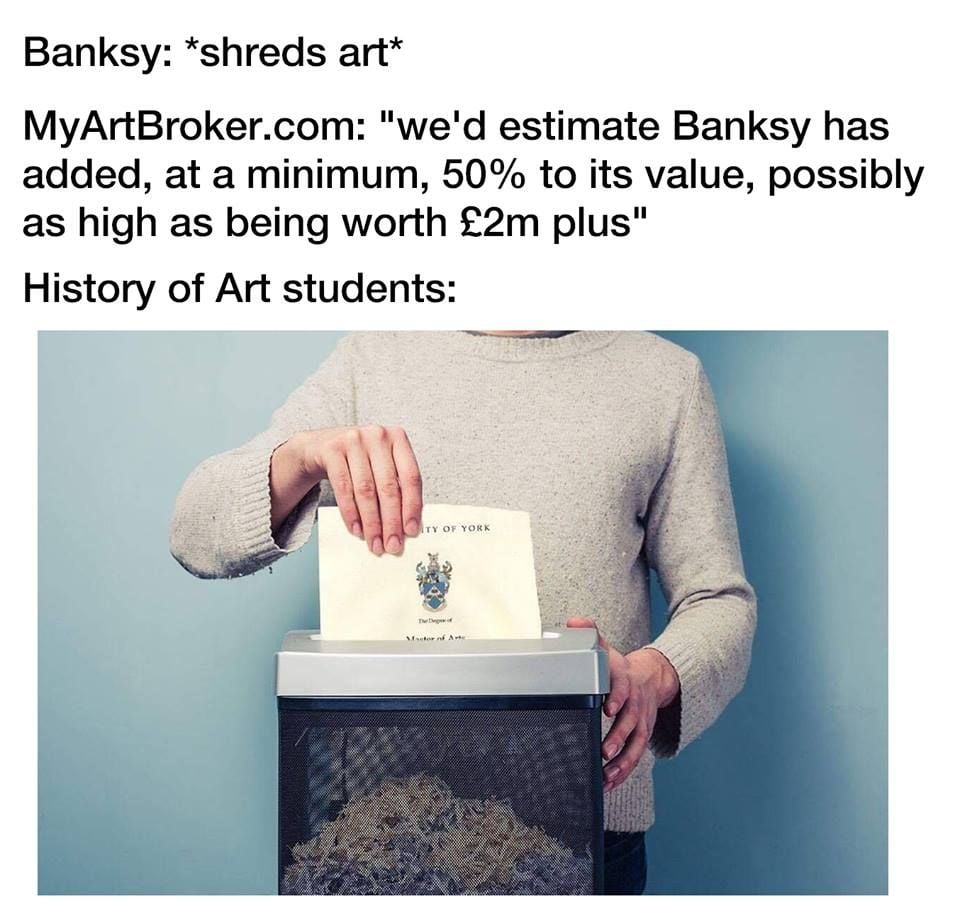 This sense of community motivates the admins to keep on memeing. To them, memes “unite us all when we're all facing the same stresses,” to feel like one “big community”.

While some admins are secretive about their offline identities, UoY Memes’ admins list all their Facebook profiles openly.

“Originally it was three admins; Dom, Christian, and Anna. But two of those graduated so now it’s Anna, Stan, Jai, and Will who admin it.”

“When the current admins graduate we’re hoping they’ll be people from MemeSoc (which the admins founded) who will want to take it on." 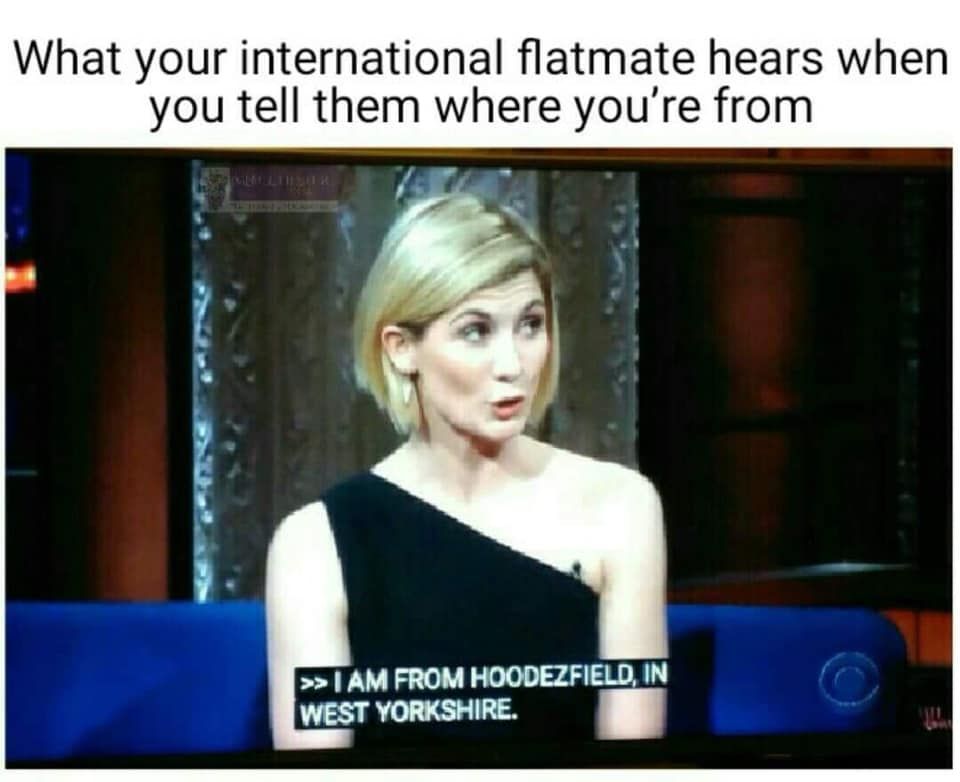 When IRL university life seems disconnected, the URL option of meme pages offers students the sense of belonging that complaining about Turnitin and Sent-From-iPhone lecturers that the SU bar can’t always offer.