And we’re the 80th best in the world…

Each year, the people at Times Higher Education produce a list of the 1000 best universities in the world. They judge it on "teaching, research, knowledge transfer and international outlook" and this year, in the 2018 list, the University of Glasgow has reached a record high of 80th in the world.

Not only is this an amazing and respectable feat but it sees Glasgow break into the Top 10 in the United Kingdom, only losing out to the likes of Oxford, Cambridge, UCL and LSE, amongst a few others. 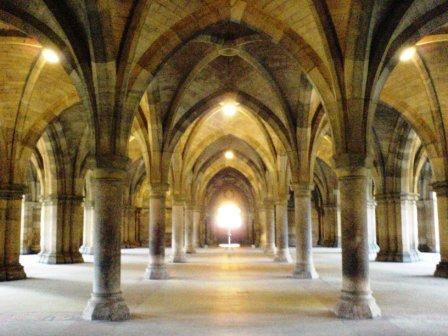 Iconic cloisters and a high-ranking Uni, what more could you want?

You can find a breakdown of the detailed scores and statistics for Glasgow on the Times Higher Education website but for the sake of saving you a few clicks and a lot of scrolling, here are some of the most interesting stats.

Despite an overall ranking of 80th, the University ranked 47th for 'Clinical, pre-clinical & health', 60th for 'Computer Science' and 62nd for 'Life Sciences'. We scored highest in the International Outlook and Citations sections, whilst performing slightly worse in the Teaching and Industry Income scoring.