The fancy dress theme was 2016

Last week, for a 2016 themed night out, two girls had the genius idea of going as last year’s defining meme – the kermit ‘also me’ meme.

They each wore hand-made cardboard signs, one saying “me to me”, the other “also me”. They wore green t-shirts and face paint, and Jenna who was “also me” made a hooded cloak. 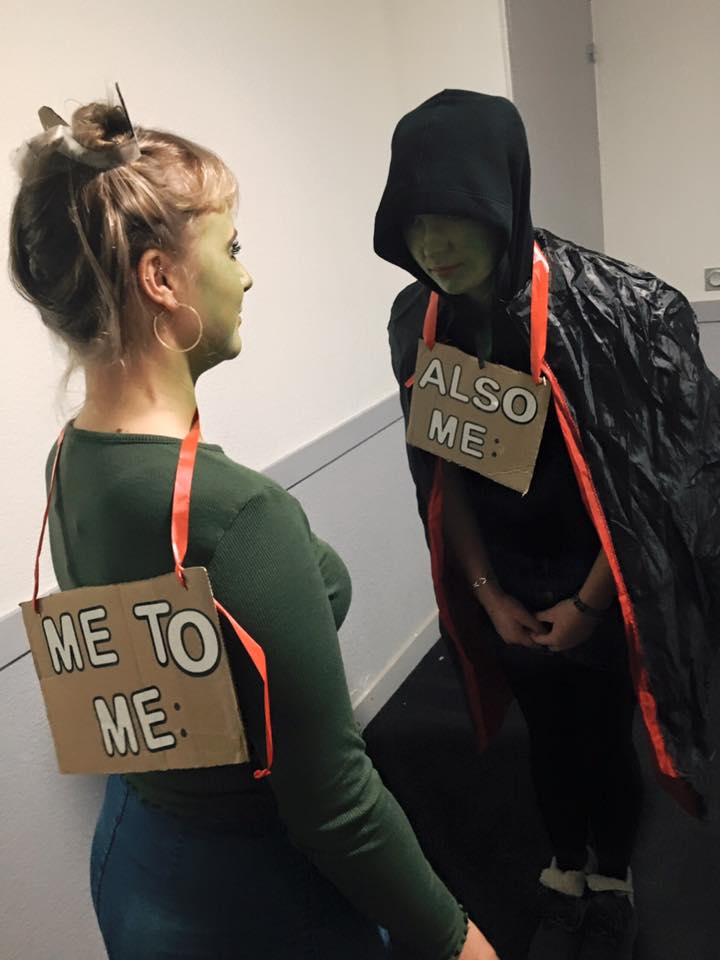 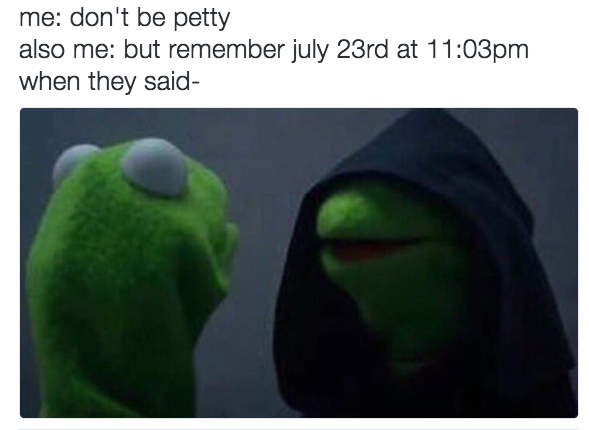 One of the girls, Jenna Macfarlane, told The Tab: “It was for our university ski trip. When we heard the theme, we were like ‘what can we go as that’s going to be hilarious but not embarrassing or too cliché?’ We knew there’d be a million Donald Trumps and David Bowies there, and wanted to think outside of the box.

“So we were thinking what was a major defining moment of 2016 and then I remembered the meme, which also happens to be my favourite meme ever. Then we were like who’s going to go as dark Kermit, and it had to be me because I’m secretly evil. ” 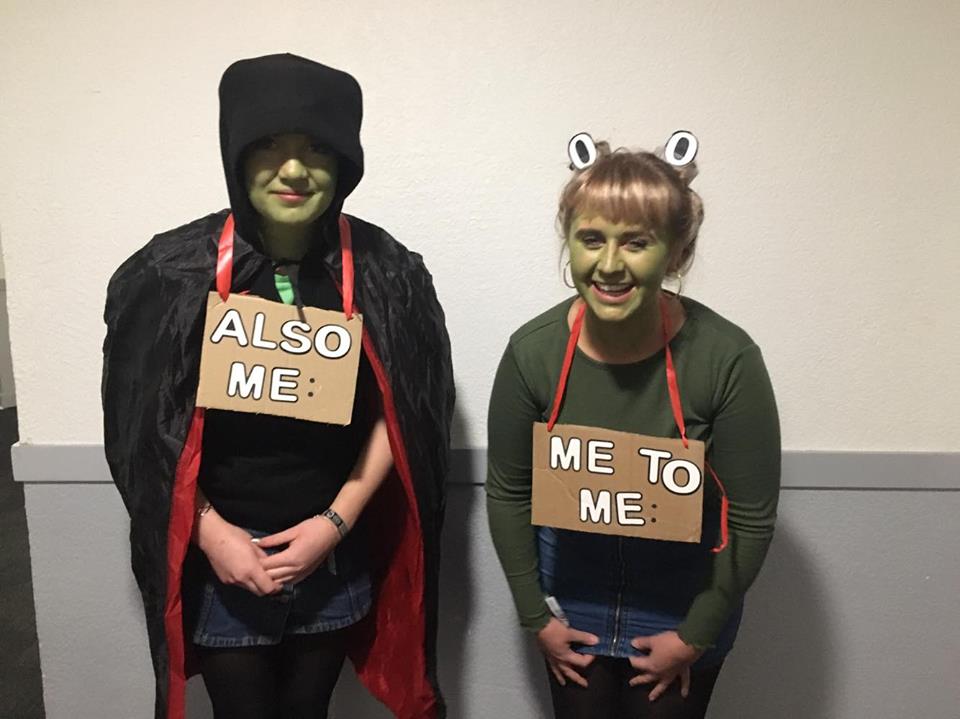 Jenna then posted the image on Facebook with the caption:

“Me to me: Don’t embarrass yourself on the ski trip 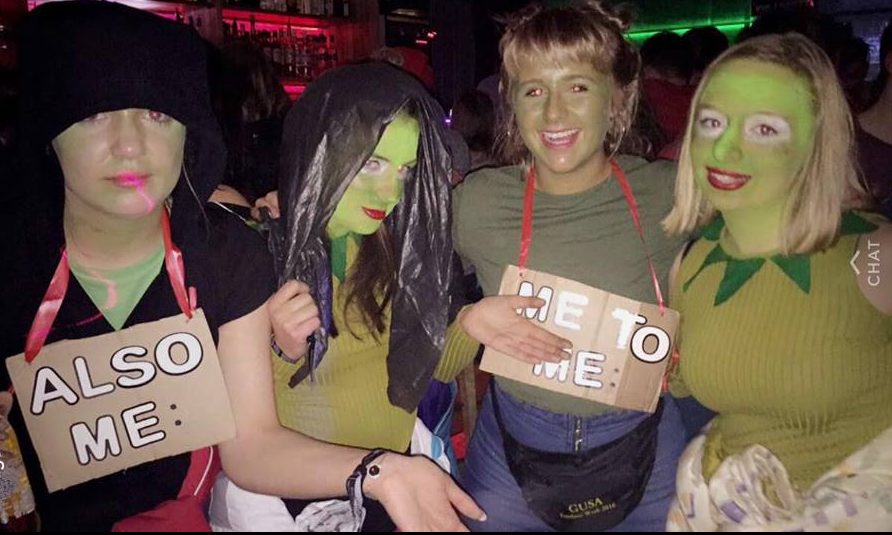 She said: “People were loving it, the post got over 200 likes. I got messages from a lot of people back home saying it was the best thing they’d ever seen.

“But then we got out to the club and then we saw two other people dressed up as the meme! But they didn’t have the signs. We were initially like ‘damn it’ but then we all got a picture together and laughed about it.”