He is the hero we need, not the one we deserve

About three weeks ago, self-isolating because of suspected coronavirus was a bit of a fun novelty, and you could even get NHS doctors to come to your house and test you if you had a bit of a cough after your Italian holiday.

These days, students self-isolating is way more common, and a few who aren’t imposing a quarantine on themselves are taking it upon themselves to deliver care packages of groceries to their mates who can’t go to the shops.

One of these students is Alex Honey, a Politics second-year (“although I don’t know if this counts as a year”). He’s spent the last few days doing relays between the Co-p and his mates’ houses to drop off bags of supplies to those who can’t leave the house.

“I know most people won’t ask a stranger to do it,” he told The Exeter Tab. “I like the idea it’ll propagate a movement of friends.” 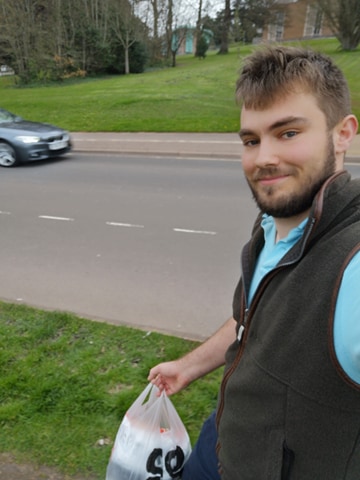 On his way to deliver a care package

How it works is Alex will take an order from someone self-isolating, head to a shop to grab what they need.

“Usually you have to go to a couple of different shops because there are shortages everywhere,” he says. “Then I’ll move onto the next one. I’m quite inefficient.”

What kind of stuff is he being asked to buy? All sorts, apparently.

“I had one person who asked for 14 types of chocolate – I didn’t know there were that many types,” he says. “Another guy asked for all fruit, veg, brown bread, and 12 eggs. I honestly thought he was a health and fitness guru.”

One of Alex’s mates simply told him: “I’ll have four Twixes.”

Alex then gives a “rough estimate” of how much the order costs, and gets people to pay him back online.

“They’ll usually pay less than it costs – if it’s around £18 I’ll charge £15,” he told The Exeter Tab. “When I’ve handed stuff over an hour later they’ll send payment over.” 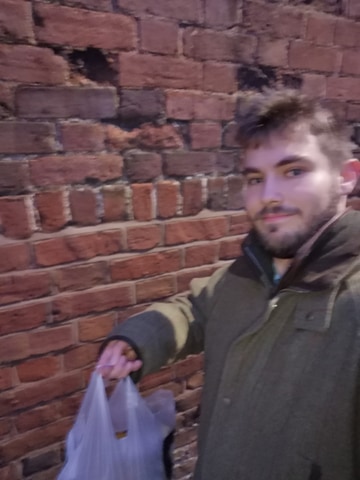 Alex says he’s only had one person refuse to pay. Thankfully it was one of his close mates, who Alex reckons will pay him back in pints “in eight months.”

Alex hasn’t had many old people asking him for stuff, mainly because they probably don’t use Overheard at Exeter, which is where he advertises his services.

“I’d like to think people are asking their mates – even if I haven’t had many requests myself,” he says. “I get a lot of people messaging me asking ‘what can I do?’ and I always say ask your friends.”

While they might not be as vulnerable as old people, Alex says helping out students is important. he told The Exeter Tab: “Two weeks of not eating properly will do a lot of damage. I looked yesterday and apparently there’s a 1000 queue for Ocado in Exeter.”

Alex, like many students currently self-isolating in Exeter, is going home on Monday, where he intends to help out his mum.

• King’s fresher with coronavirus warns other students to stay indoors

• COVID-19 has robbed final years of the time of their lives. We’re allowed to be upset

• I saved £9,000 over five years to go travelling, but have lost thousands due to COVID-19