This afternoon, over 100 people marched through Exeter campus to show solidarity against recent racism. The march commenced at 2pm from the forum to Birks Grange, past Holland Hall and back to central campus.

People were asked to “come along with loud voices, clapping hands, whistles, drums, pots, and pans to make some noise and any makeshift banner which represents you, your college, or your society’s anti-fascism”.

Today saw yet another emergency protest being held in Exeter – this occasion being closer to home. The gathering was organised by students from various backgrounds and religions in response to the latest “racially-aggravated comments and behaviours against students in the University.” It is evident that this demonstration has been organised as a direct reaction to the swastika found carved in Birks Grange accommodation. As well as this makeshift banners have been scattered around campus to raise awareness of the protest. 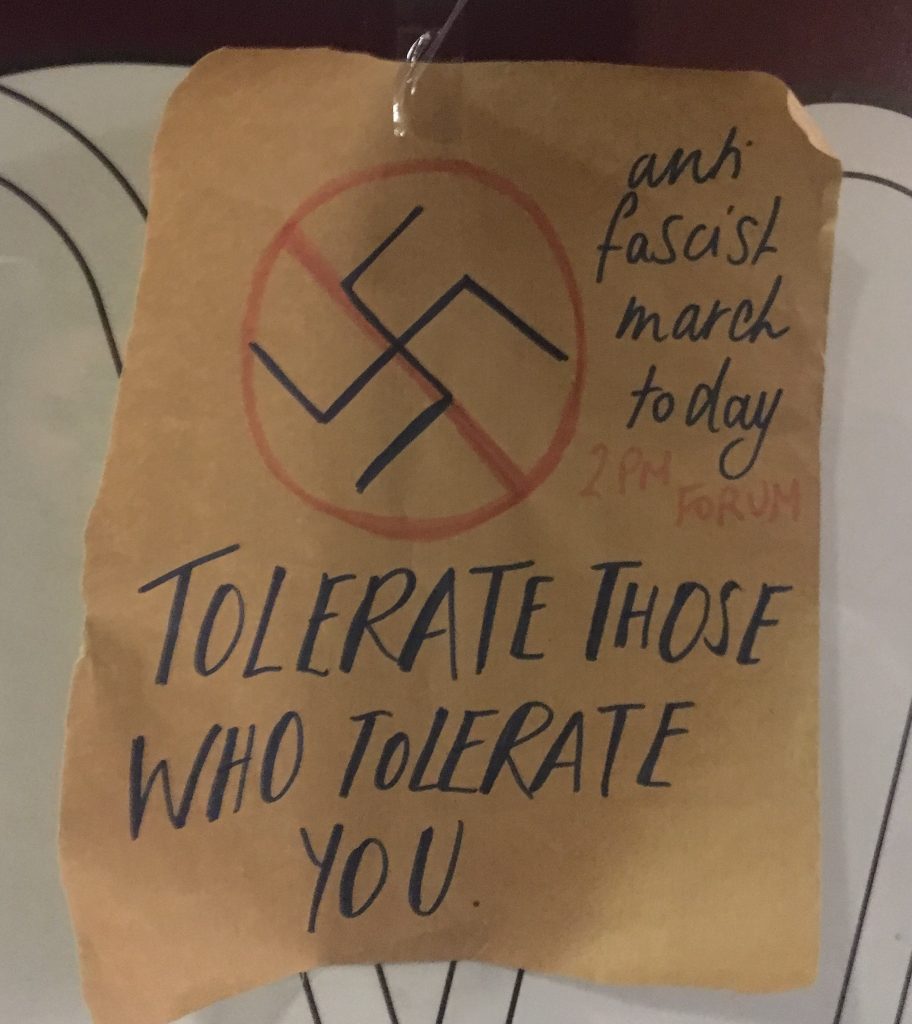 A statement made by organisers states that: “everyone is becoming increasingly aware of the climate on campus, in post-Brexit Britain, and around the world. After the Birk’s Grange incident there has never been a better reason for us to get together and loudly oppose the vile anti-Semitic, racist, fascist views which are being brought to our campus. We want a community which values justice, community, and hope; we will not tolerate this any longer.” 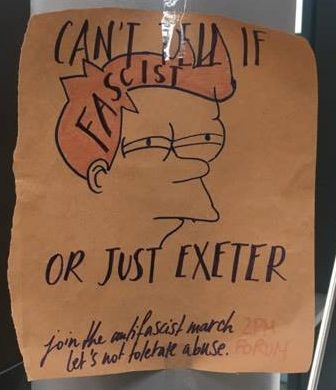 They added: “We are here standing together united in the face of fascism and racism and will continue to do so. To all those who have been affected by these incidents, we love you, and we stand in solidarity with you. We say it loud and clear: Jewish, Muslim, BME, LGBTQ+ and disabled students are welcome here.”

There appeared to be a large turn out from LGBT+ groups on campus with signs reading “Faggots against facism” and “We’re here “we’re queer make fascists disappear!” 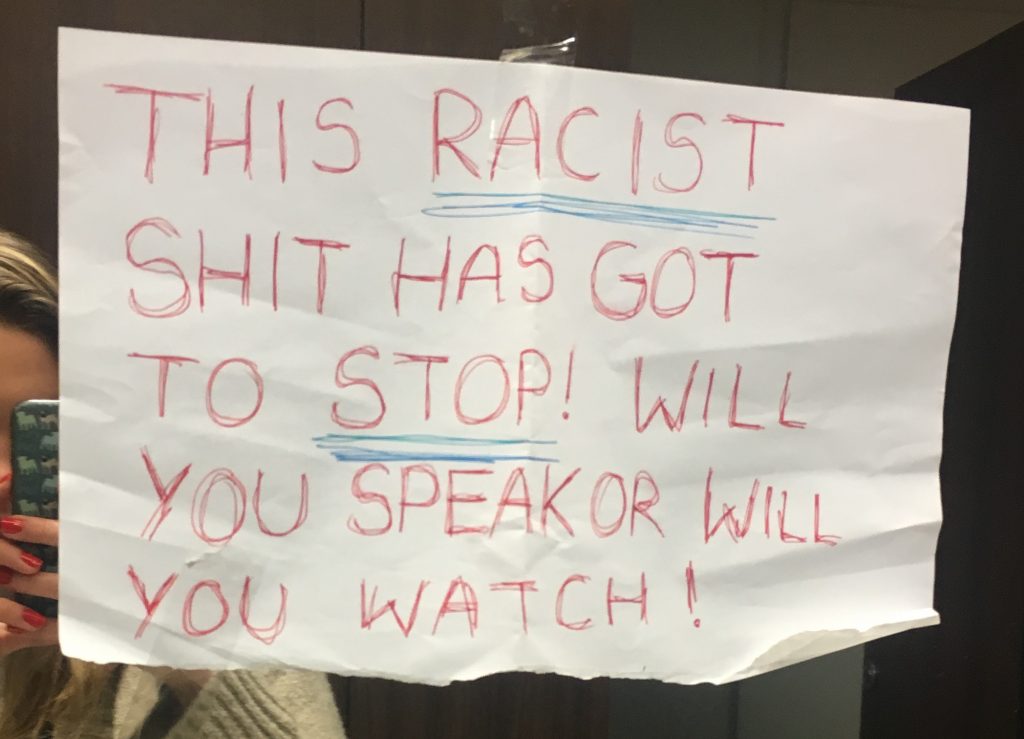 The protesters started the march at 2PM moving through the forum to Birks Grange, past Holland Hall and back to central campus. Participants were asked to bring “loud voices, clapping hands, whistles, drums, pots, and pans to make some noise and any makeshift banner which represents you, your college, or your society’s anti-fascism. Guild President Toby Gladwin attended the march along with other SABBs. 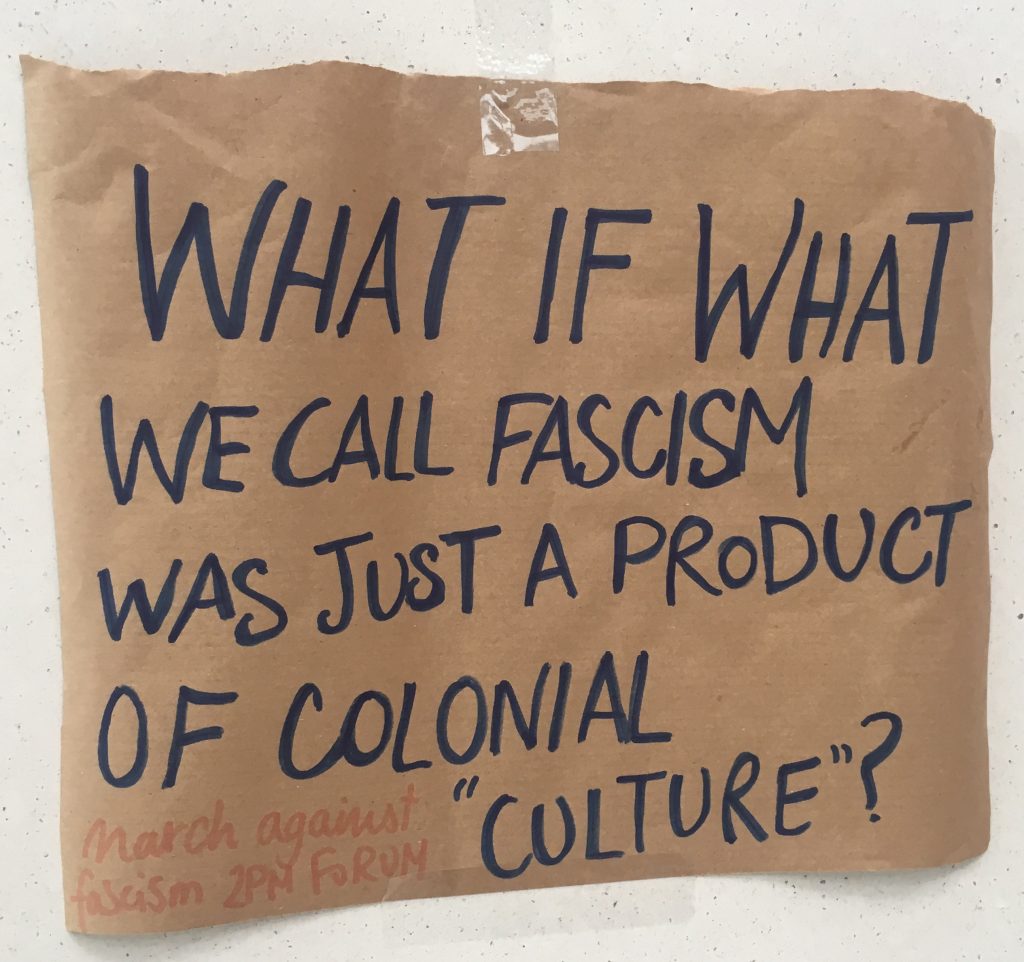 Beth – a key organiser and FemSoc committee member stated that she organised the event because: “there have been so many incidents across the year, but obviously most recently the swastika carved on the door. I thought it was important that we saw some response from the student body and that we took the students to the place where the incident happened and we condemned it.

“At such short notice it was a very successful protest, over a hundred people turned up.” 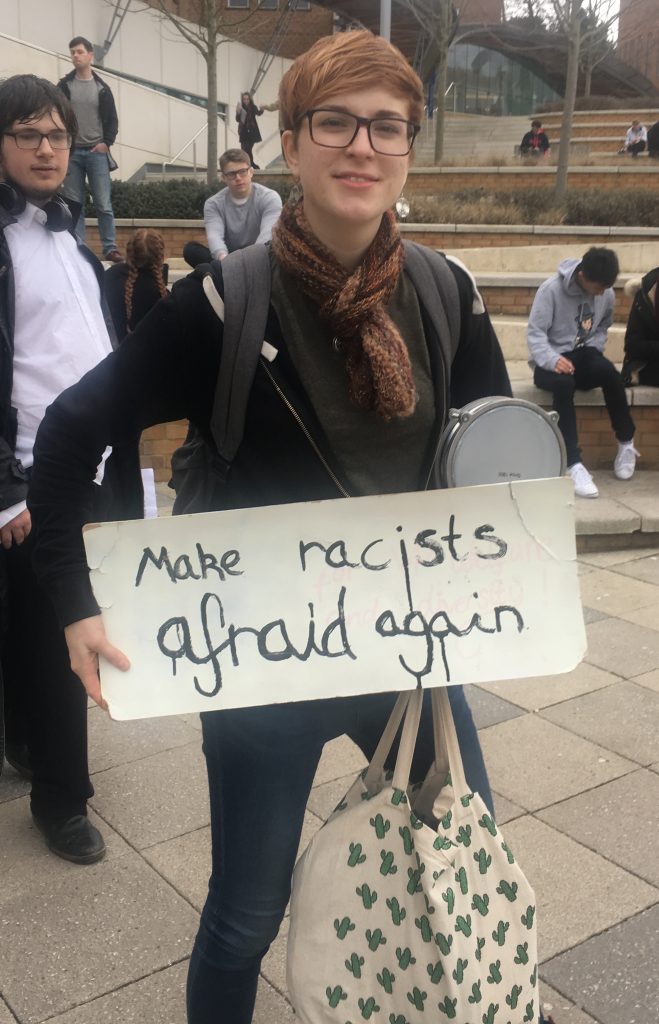 Another speaker recounted his first hand experience of antisemitism. He stated that “antisemitism, while often described as the oldest prejudice is often the most resilient…when a student in my halls of residence put a picture of a death chamber on the television after an argument I had with him I knew that antisemitism wasn’t dead…the threat of antisemitism comes from the far right and we should call them out for what they are, they are not the “alt right”… these people are racists they do not deserve a platform for debate.” 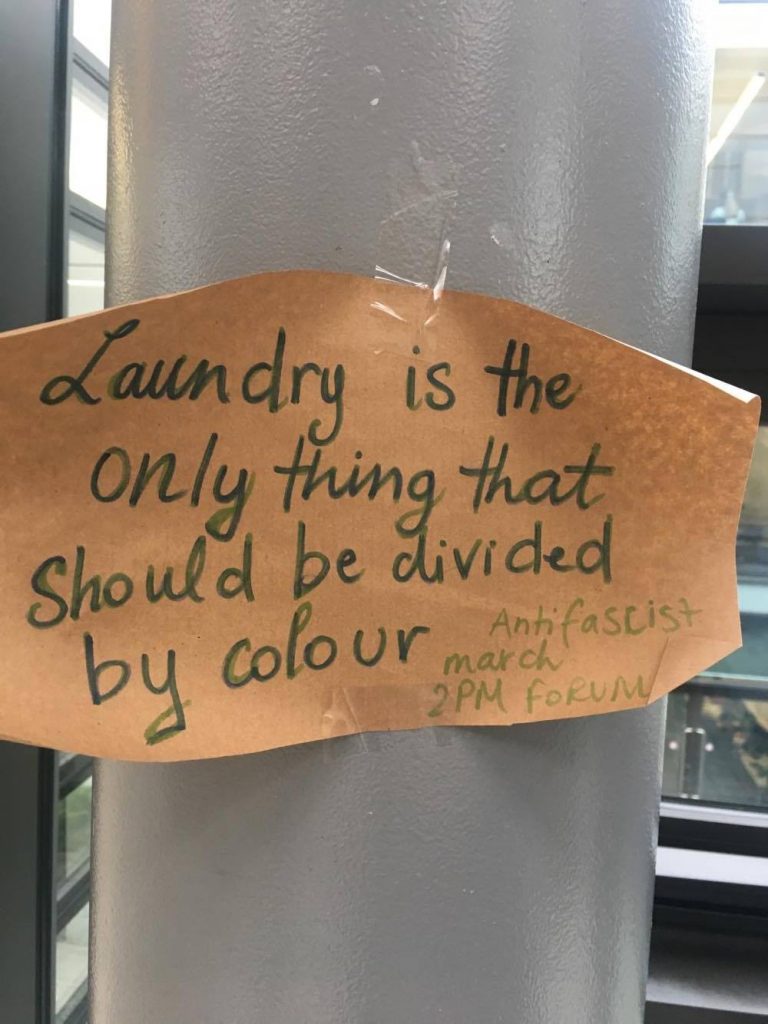 A key organiser of the”Emergency demo against Trump” in Exeter and now Exeter’s VP of Postgraduate research – Malaka Mohammed – was also in attendance. In her speech she addresses not only antisemitism but anti-Muslim sentiments. She stated that she is “standing against all forms of racism… Islamaphobia to antisemitism…I will continue the fight for freedom, justice and equality.” One attendee commented that “it was refreshing to see the diversity of the newly elected SABBs…I hope they help to make a difference in xenophobia on campus.” 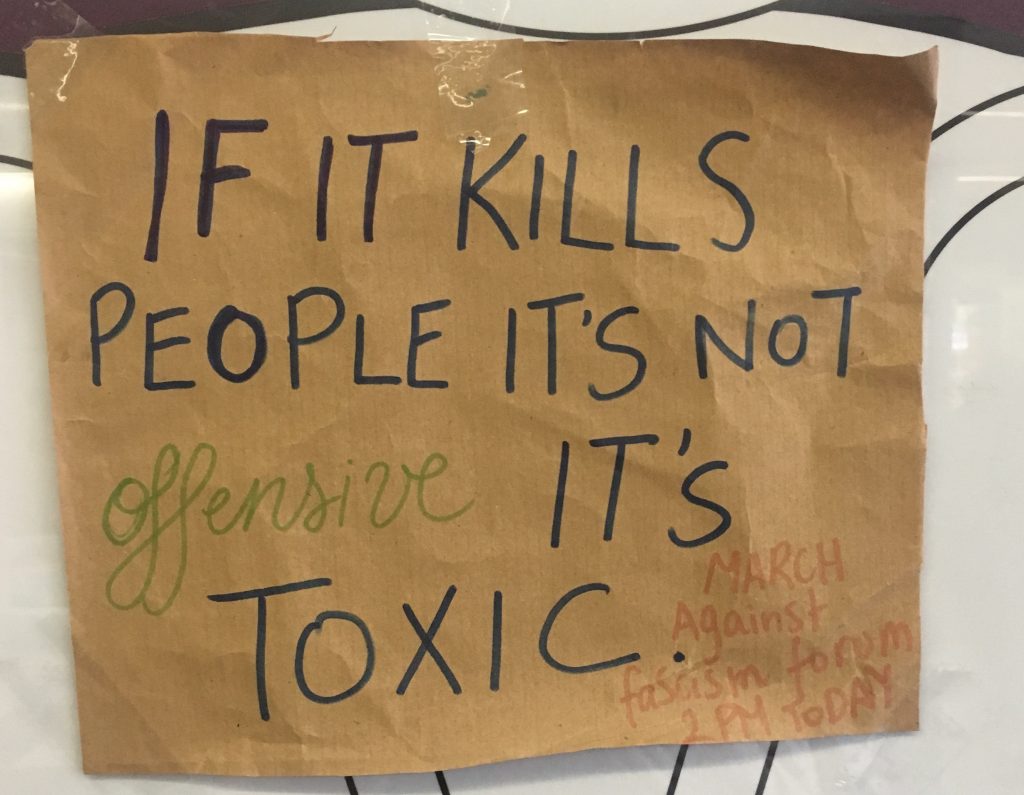 Following the events of today there will be a forum held at 6pm to discuss ways to “tackle fascism” on campus and “show our freshers what kind of uni we really want to leave behind.”