Travelling, much like yoga or flossing, is one of those universally applauded things. Few things compare to the tired but ultimately smug feeling of getting off the plane with phone full of photos, a head full of memories, a slight tan and newfound wisdom.

And yet, travelling hardly constitutes a learning experience. A two hour drive to Newcastle is a trip, a flight back home for the holidays also qualifies. Why do we all as a whole seem to agree on the definition of a term so broad? Why does travelling as an activity always seem to encompass drugged up animals and "exotic" foods?

From inter-railing to gap years, to cheeky European weekends, trips are always good investments and, in theory, necessary for one's intellectual development.

This is certainly a cynical perspective, but I think that it isn't as much the trip in itself, but rather, one's attitude towards it that ends up being beneficial, because I feel like many people end up travelling in a very shallow way, based on preconceived ideas rather than experiences. These preconceptions inevitably lead to disappointment.

It's common for my flights back to Madrid to be filled with complaints, after flip-flop clad travellers gasp at the fact that its raining in October. What I'm trying to say is, keep an open mind. Try to refrain from doing any of the following things, and you'll have a much better time.

Don't point out how "strange" things are

Why would you go to a country that is completely different from your own and marvel at the fact that things aren't the same here? When faced with a situation that we're completely unfamiliar with, the easiest option is always to adopt a somewhat defensive position, but words such as "weird" or "bizarre" shouldn't apply to something just because you're not used to it.

As cliché as it sounds, it's much more rewarding to embrace the experience, no matter how odd it might seem to you, than to look at it from the outside all the while whining about how you're just not used to things being that way. 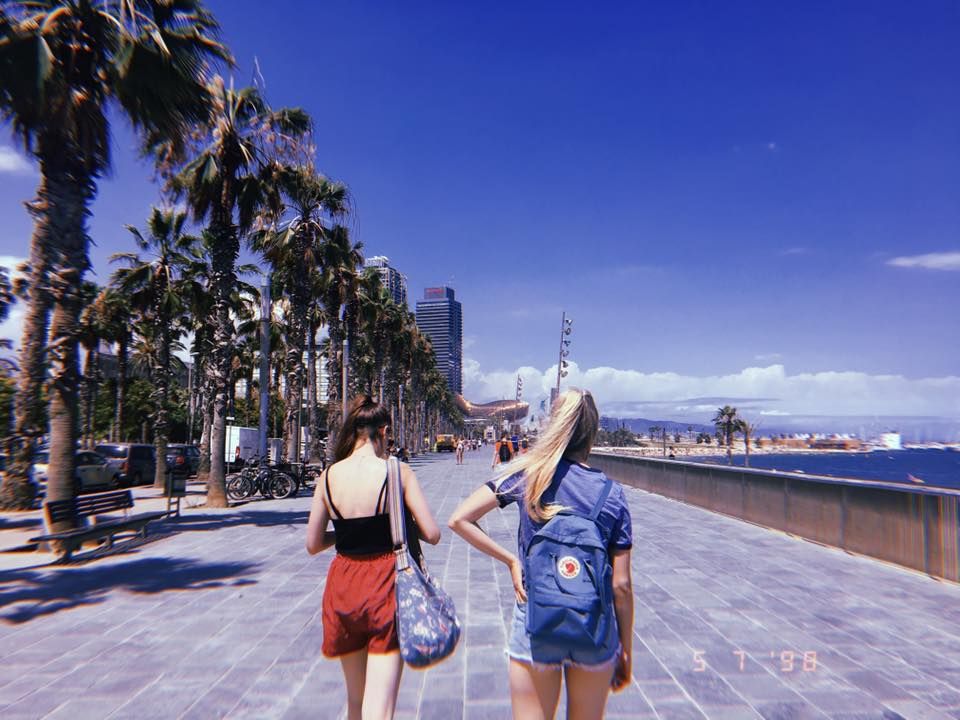 Everything does look better through Huji tbf

Don't complain about the local traditions

This follows on from my previous point. From meal times to crowds, I don't know why you'd expect local things to be tailored to your home country's customs. Supper at six shocked me the first time I moved to the UK, and I know my flatmates still find it strange that I'm having lunch at two, but things like that shouldn't be questioned just because they're culturally different. When it comes to traditions, or things that you'd commonly associate with the country you're visiting, trust your experience rather than what you've read or heard. There's no point in comparing these things to your own country's in a negative way, because there really isn't a right or wrong way to do things.

Don't live through your camera

A cheeky gram is obviously both expected and appreciated, but the line is crossed once pictures are your only priority, with the urge to take them being the only thing making you want to leave the hotel room. If you and your friends are the types of dickheads that take pictures at the Jewish memorial in Berlin, I suggest you stay home next time and find a nice graffitied-wall to pose in front of, because you're kind of missing the point here. 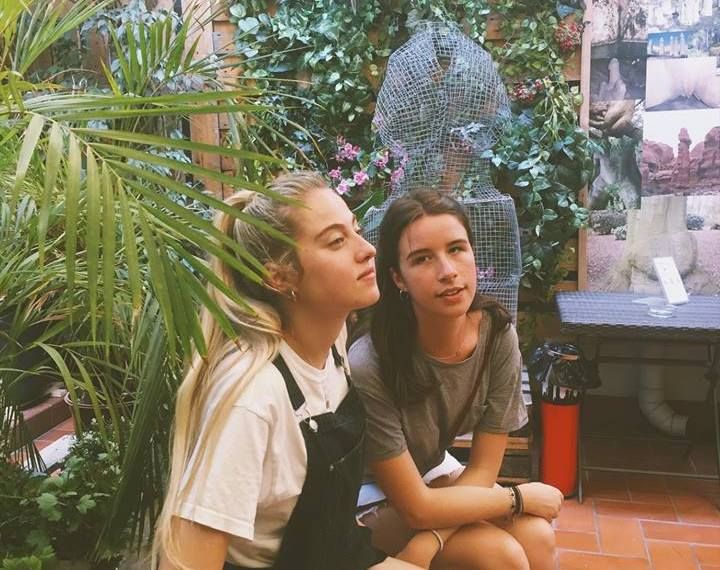 That's literally all we did, oops

Don't do exactly what you'd have done at home

The tourist mentality is always a toxic one in my opinion. You'll take pictures at one or two landmarks and then spend the rest of the day at the pub, or back in your room watching Netflix. I'm not sure if that was really worth the flight. Instead, try to go local in your activities, avoid franchises you have at home, and look for places only locals go to. Again, this is all for the sake of immersion, and that of having a more fulfilling experience. 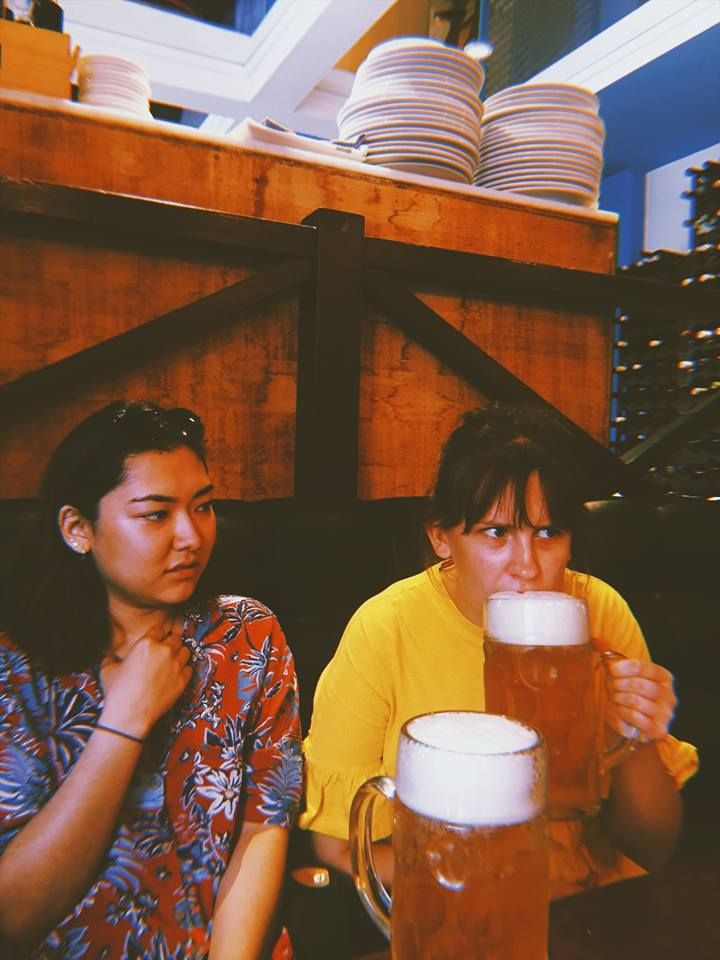 I mean drinks aren't this big back home so

Don't just hang out out with people of your nationality

When you're alone and no one speaks your language, and you haven't eaten in two days because you don't know how to work the local currencies, a familiar accent overheard in a crowd is a godsend. But to then spend all your time with a certain group of people, just because they speak your language? Sure, it's always easier to walk around in the comfort of being surrounded by friends, but take a second to consider whether or not this is what you came here to do. 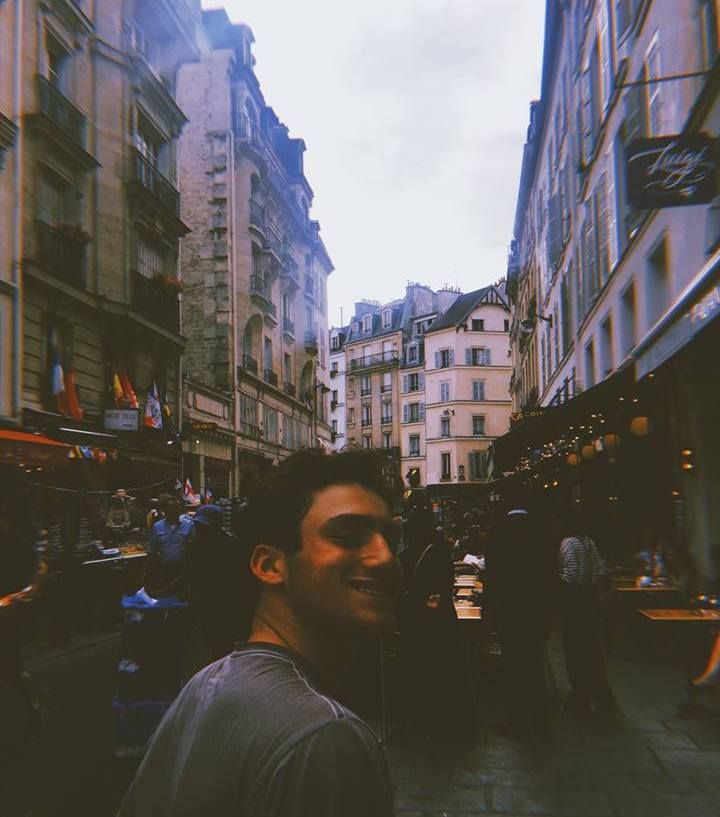 Walk around for culture's sake only

Ultimately though, just do whatever you want. Everybody enjoys different things and I'm in no position to tell you what to do, but don't come back banging on about your “new perspectives” and such when all you did was sit outside at Nando's.