Not content with the current level of disruption, the library may be their next target

A group of students have been occupying the Gordon Aikman Lecture Theatre (previously known as George Square Lecture Theatre) for the last nine days.

They've been disrupting lectures there in support of the UCU strikes, in order to raise awareness of the changes in pensions for lecturers and the University's poor management of funds with respect to the Futures Institute and the Principal's pay.

With no intention of leaving now that the first wave of strikes are over, they're instead escalating their plans – and considering occupying the library. 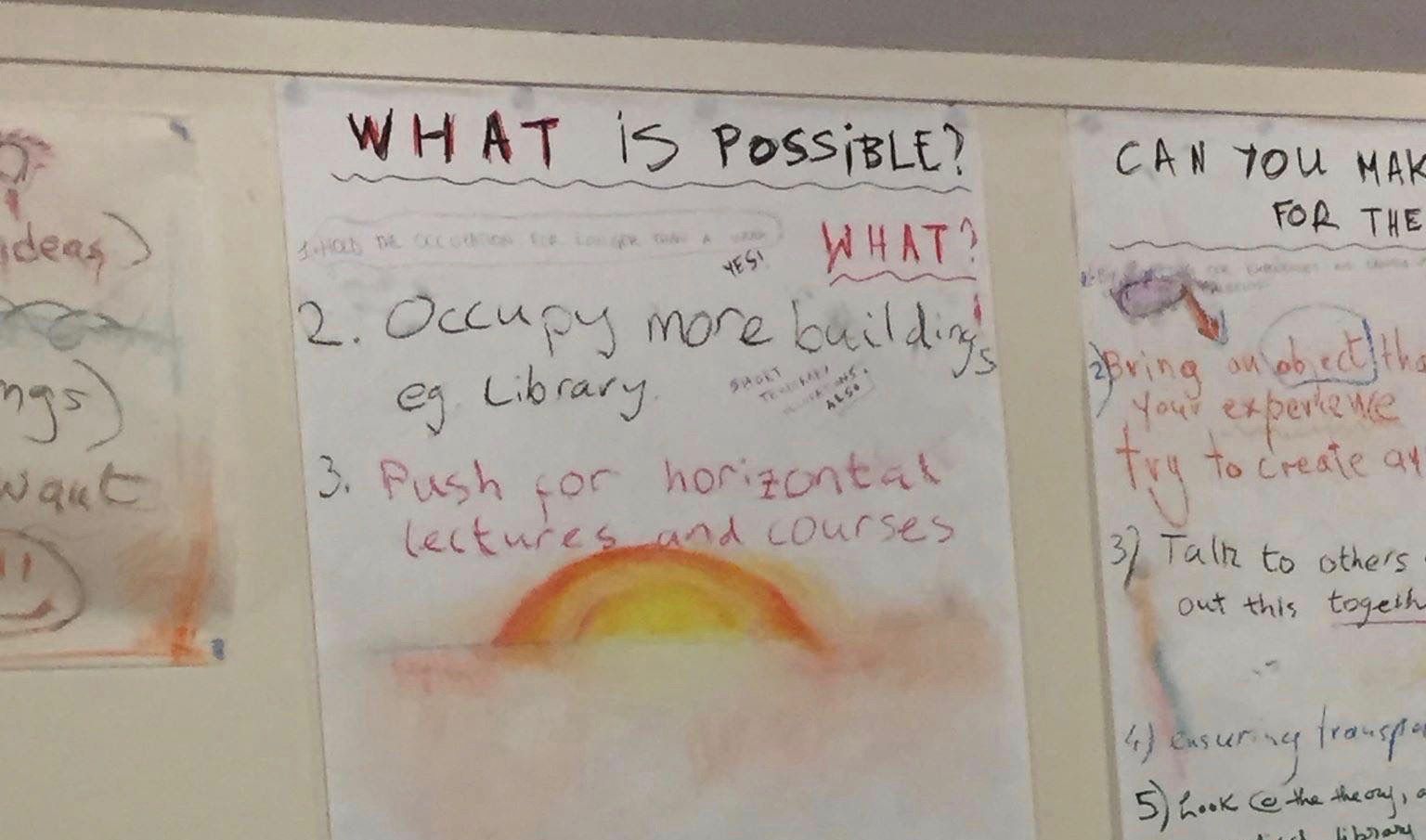 These plans were found hung up inside the occupied lecture theatre

The Tab found information regarding further plans hung on the walls inside the occupation – including, alongside other discussion points, a suggestion to escalate matters by occupying more university buildings such as the library.

This is part of attempts to raise the profile of the occupation and attract more attention to the greater cause – though if plans to occupy the library go ahead, strong retaliation from students is to be expected.