If you haven't heard about our 00s crush having a residency at LOVE Wednesdays you've obviously been living with your eyes wide shut. Should you have asked my 14-year-old self what I'd be doing at uni, "interviewing Marvin Humes while avoiding Blake, Wordsworth and Coleridge", would definitely not have been what I envisaged.

Once again The Tab has shown that miracles do in fact happen – I sat down with my new bff Marvin Humes to chat about why Edinburgh is outta this world – that's the last pun I swear.

First things first – a little ice-breaker – what's your go to drink on a night out?

Typically, I’d say a brandy and coke but if I’m mixing it up a bit I like an amaretto sour or an old fashion. (Clearly he is yet to be aquainted with our Echo Falls society.)

Why did you decide on Edinburgh as the city for your residency?

I've fallen in love with the city. My nan was born in Dundee so I’m a lil’ bit Scottish – I’ve always loved Scotland.

It's such a good country, of all the great cities Edinburgh for me is probably the most pretty one. It kinda made sense to come back here whenever I can to DJ.

Why did you choose WhyNot as the venue and what has your experience been like so far?

Do you know what, I’ve been blown away by the numbers, nearly 2,000 people have shown up. It’s not the biggest club in the world in terms of size so to have a venue that’s getting 1,600-2,000 people every Wednesday night is incredible.

The crowd are great and obviously the DJ booth is in the middle of it so I can reach out and touch people's hands- you really feel like you’re part of the dance floor. It’s a great mix of people and I’ve always had such a great time there so I am looking forward to returning. (At this point Marvbae invited me to join him and my 14-year-old self died a lil bit inside)

Edinburgh has a really varied music scene, what genres do you use in your sets?

It totally depends on the gig, typically the type of music I play is house music, however depending on where I'm playing I always mix it up. I sort of like to play different genres across the board depending on the type of gig, audience and venue. Tonight for example I'll play mainly house but also a bit of Hip- Hop, RnB, EDM as well as some classic throwbacks.

Given the range of music in the charts, how do you find new music to play on your show on Capital FM?

Yeah I mean obviously Capital is such a big station across the UK reaching so many millions of people so I'm really lucky to have my own show. In terms of new music, what’s quite cool about my show – which airs Monday – Thursday 10pm-1am- is that I get to play new stuff that no other shows have played yet as on my show, the late show, I get to introduce new records to the audience, and I guess it’s the conversation between me and the guys I work with putting the stuff out there that we feel will be big.

You’ve recently been doing a bit of production – can you tell us about your single ‘Girls on the Floor’?

It’s a really good tech/house club track. It's never going to be commercial for the radio because I produced it specifically for the club scene. It’s been received really well and played by DJs around the world. I’ll be back in the studio next week working on loads more stuff to keep my production moving. In the world I’m in now not many people release albums, just small collection of tracks in an EP but the focus is really on the singles. It’s all about releasing as much music as possible. 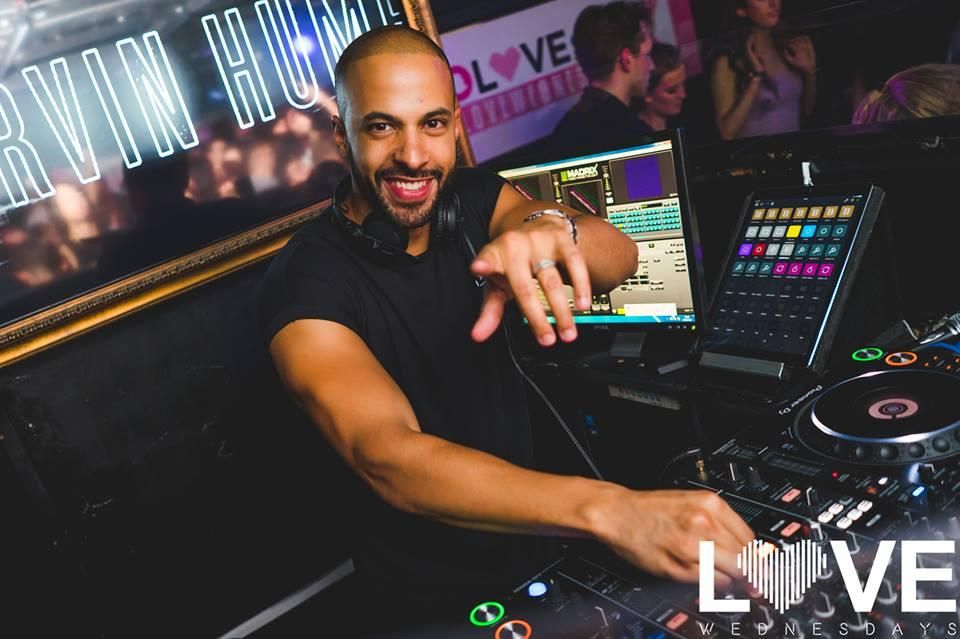 So it sounds as though everything is going great then up here, what was your first impression of Edinburgh?

I remember being here just before Christmas and the lights on George Street just made it such a magical place. And obviously new year is so cool up here, out of everywhere you want to spend New Year's, it's here.

It’s such a great city and I understand why all students want to go to uni in Edinburgh because it seems like such an amazing place to hang out.

As you'll be spending so much time up here, what are you looking forward to exploring?

I think just taking in more of the city really. I know it’s a bit cliché but I’d love to go to the castle as I’ve not been there before. I love playing golf so I'd love to play when the weather gets a bit better – it’s freezing at the moment. Then just check out new restaurants and places to drink before my gigs. 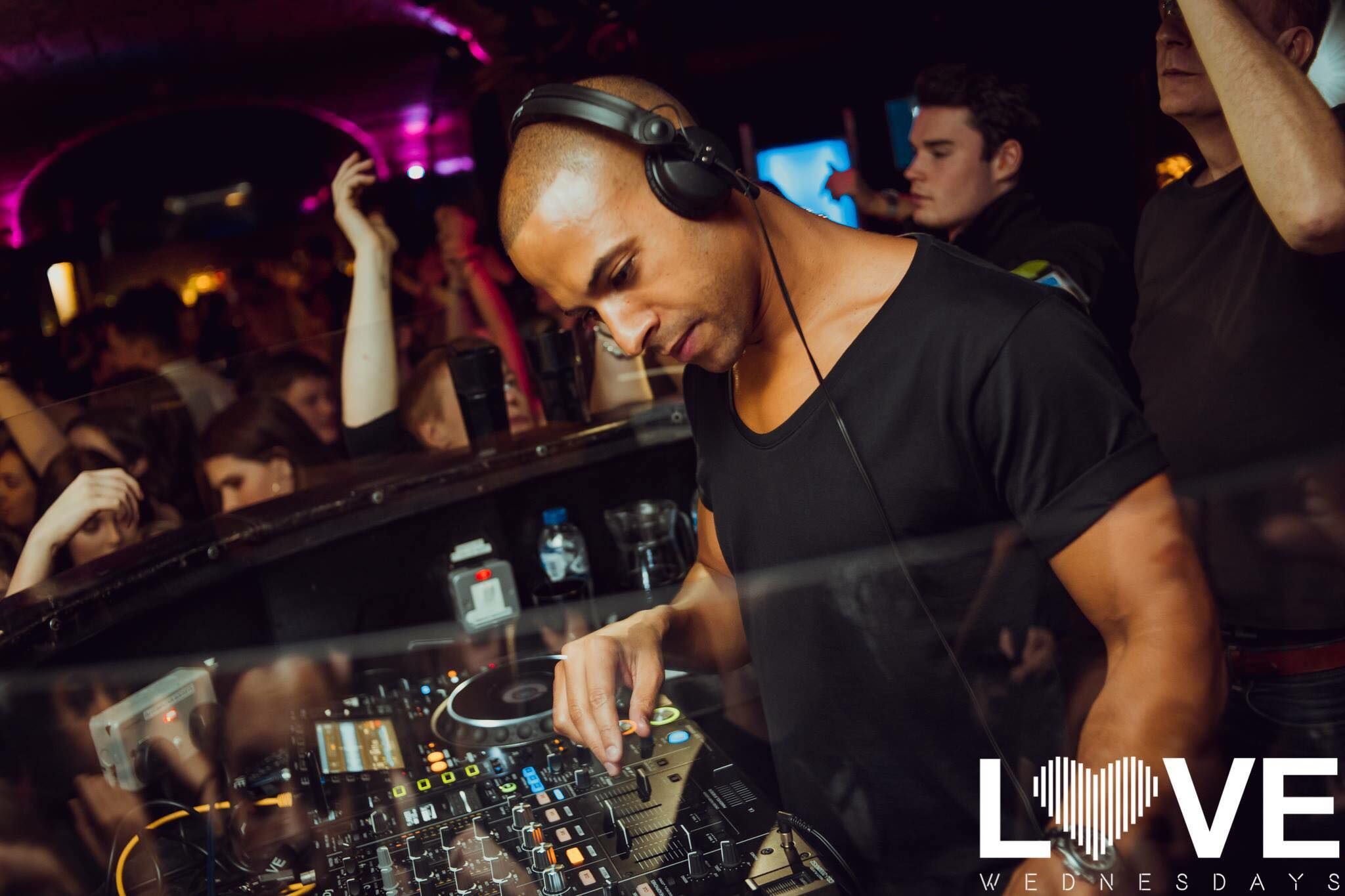 Where have you been so far?

I went to Tigerlily last night really which was a good vibe – I was really impressed with that. I’m going out for dinner tonight so if I see you later I’ll let you know what it’s called.

Have you been to any other clubs in Edinburgh other than Why Not?

I DJ-ed at Atik last year which was cool as well. It was a much bigger venue and a cool club. I really enjoyed it there. I would love to come up for the Fringe in the summer, I’ve got loads of friends of mine that come up and work in the Fringe so maybe I will come in August and have some time out in the city.

While this has been great, your answer to the next question is imperative – if I brought you some nachos from our SU, Teviot, (the most amazing guac covered cheesy nachos that between 3-6 are half price) what would you rate them out of 10?

Ah man that’s easy- A SOLID 10! Sounds so good, I'll absolutely love them – I am gonna come back to Edinburgh just for these nachos.

There you have it folks, Marvin Humes is playing LOVE Wednesdays at WhyNot for the rest of the semester- and he loves nachos from Teviot- legend.