An Israeli theatre show has been axed from The Fringe Festival after 150 people protested outside.

The protest took place last Wednesday at the preview of “The City”, and has resulted in the show being pulled from the program.

Complaints were made regarding health and safety concerns surrounding the protest which happened outside the Underbelly, one of the festival’s largest venues.

The play, produced by Incubator, is funded by the Israeli government and raised several concerns regarding its political intentions. 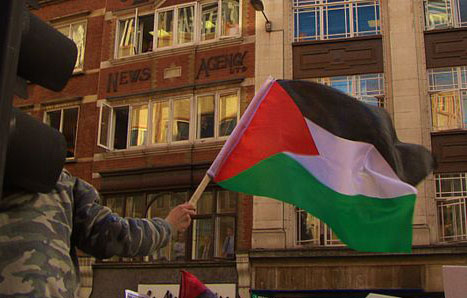 Protests have resulted in the cancellation of an Israeli show

But Avil Eshet, the artistic director of “The City” claims that the government funding had no link to Israel’s politics but to “fund art for art”.

Now the cast of the hip hop crime fable are singing in the streets for peace until they find a new venue to perform at.

And the Underbelly director, Charlie Wood, vocalised his opinion on the matter calling it “plain wrong” due to fact that it goes against the ethics of The Fringe.

He fears that the world’s largest arts festival is losing its platform to allow all artists the freedom of expression to loud and unruly protestors.

EUSA played a role in the decision of cancelling the show, along with the police and officials at the theatre company.

EUSA, who are known for vocalising their political opinions very publicly, unsurprisingly haven’t made an exception with their opinion on the Gaza issue.

Meanwhile the hapless union sent out a report the following day violently expressing their condemnation towards the Israeli Government’s actions in Gaza. The Sabbatical team members wrote:

“As a sabbatical team, we are horrified and completely condemn the Israeli Government military assault currently taking place on Gaza that has led to the killing of over 1300 Palestinians, with the majority being civilians.” 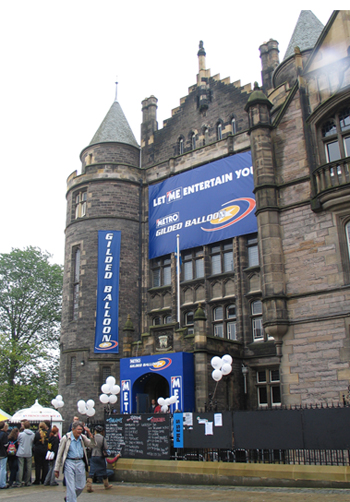 Teviot becomes ‘The Gilded Balloon’ venue during the Fringe

The report further explained their efforts to put up a Palestinian flag on top of Teviot, the Student Union, which is currently being used as a festival venue.

They were refused due to health and safety issues, but have since started to petition the Scottish government to fly the Palestinian flag.

And the Sabbatical team have organised donation boxes around EUSA venues which are currently being used to host numerous festival events.

Now EUSA’s support for Palestine are under attack as their list of policies does not include any relevant sanctions which support Palestine and completely condemn Israel.

“Mandate EUSA to lobby the university to divest from companies that are complicit in the Israeli occupation, the siege on Gaza and discrimination against the Palestinian population within the declared state of Israel”.

However, it does not state that EUSA or its four sabbatical officers are obliged to attend demonstrations.

Students have vocalised their anger towards EUSA intervening in the matter online. One Edinburgh student claimed that it “can be seen as a provocation against Israeli students”.

And the opinion of many students is that EUSA should focus more on issues within the University opposed to fiercely publicising their views on larger, worldwide issues which have no relevance to improving the lives of students they directly represent.

Following several complaints, Briana Pegado, President of EUSA sent out a second report last Thursday clearing up concerns that “this is in no way an attack against Judaism”.

Briana and her team were unavailable for comment at the time of publishing.