Them ghosts be busted

A ghostly apparation has been caught on camera in Edinburgh’s oldest pub and the professionals have been called in.

The White Hart Inn, Grassmarket, is the oldest pub in Old Town Edinburgh.  Though not a student watering hole at the moment, we may be soon heading to take a look since Scottish Ghost Adventures spent a night there in an investigation after an Aussie tourist snapped a photo of a ghostly presence at the bar. 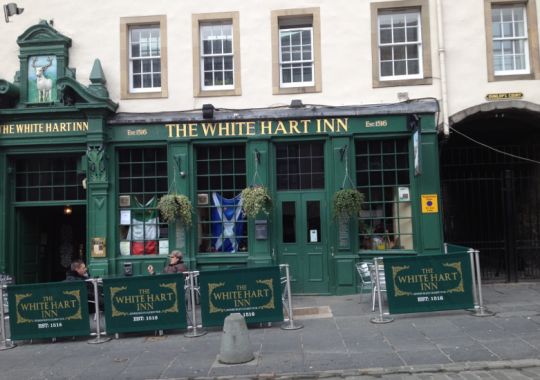 The scene of action , The White Hart Inn.

The manager of The White Hart, Michael Johnson, found this hard to belive, saying: “I was in on the night the picture was taken and I do find it hard to explain. When I first started here I just laughed off the stories, but things seem to keep happening. An American tourist a couple of weeks ago came tearing out of the toilets saying that something grabbed his shoulder, one of the barmaids had her hair pulled while changing a barrel, people often hear footsteps upstairs after the bar is closed and our cleaner says he will leave if he has one more strange encounter.” 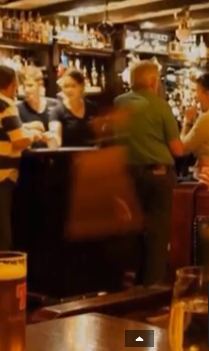 “The Scottish Ghost Adventurers set up a lot of equipment downstairs in the oldest part of the building, including an Electronic Voice Phenomenon machine, which seems to have picked up a voice saying “Help me, help me” and then something about a baby. I was upstairs with them the entire time, so I know they didn’t do that themselves.”

Further research into these happenings has revealved a drawing of a prostitute dressed in red who is believed to have been murdered on the pub’s premises during the 19th century. 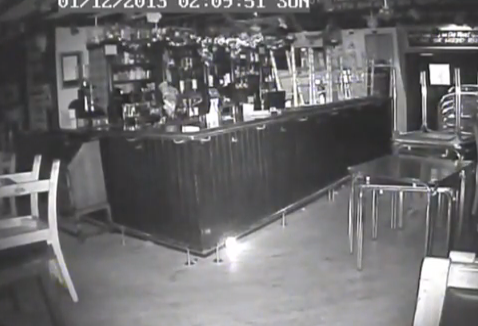 The head of the ghost busting Scottish Ghost Adventures (so hardcore), Colin Connor, explained:“It seems to me that they are seeing the effects of both an intelligent haunting, which is able to interact with people and objects, and a residual haunting, which is usually the result of some traumatic event, such as a murder, which took place on the premises. Intelligent hauntings are often spirits that are scared to cross over, perhaps because of things they did while they were alive, but a medium would be able to help them move on. However, a residual haunting, like the apparition caught in the picture, is something that is likely to simply repeat over and over.”

There is also a plan to bring professional spirituaits (cos apparently that’s a thing) from The Arthur Conan Doyle Centre in to visit the pub and to further explain the ghostly visits and to help any spirts move on. Right. 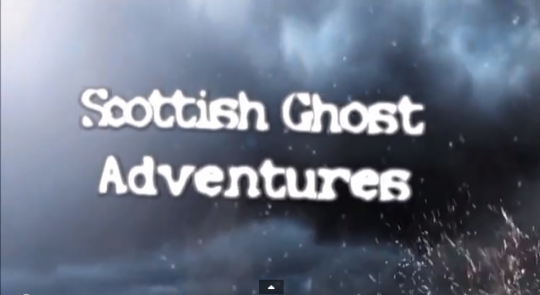 The results of this ghostbusting  investigation can now be seen on YouTube.