Reality and fiction get blurred with Theatre Paradok.

Confused. This was the only appropriate term to describe how I felt after seeing Theatre Paradok’s adaptation of 6 Characters in Search of an Author. Not confused in a bad way though. Although not the biggest fan of absurdist and abstract theatre, I actually found myself enthralled by the story which was unfolding (biggest understatement of the year right there) on stage. But was it really happening? Were the actors actually actors or just imagination? What is it that makes the characters real?. Basically “Who are we?” sums up the meta-theatrical message of the play. 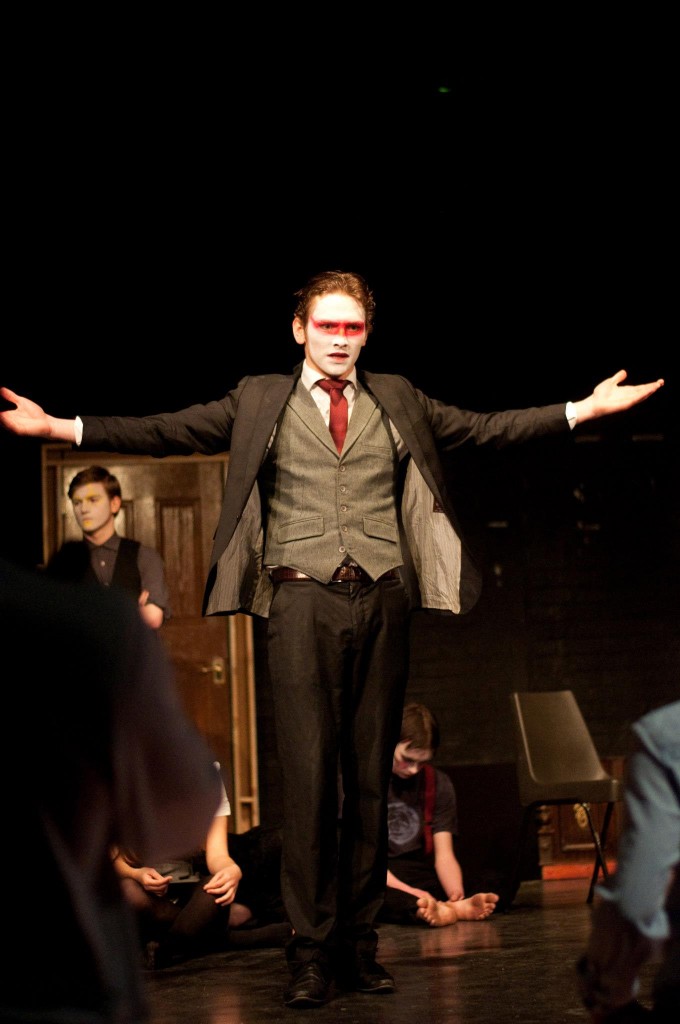 Director Thom Louis has adapted, with the help of Joseph Cunningham, the play for Paradok from the Power and Goold 2008 adaptation of Luigi Pirandello’s 1921 original (get all that?). Incorporating the contemporary aspects of the Goold version, Louis took the action back to the stage. The audience entered the auditorium privy to what appeared to be a rehearsal for a play. Very ordinary. Ten minutes after the lights went down, not so much. Once the 6 searching characters entered, there was no going back to naturalism. Led by the domineering Father, played by a powerful Will Hearle, the characters were sufficiently disturbing. Lauren Moreau’s Step-daughter was the most aggravating character I have ever encountered, mainly down to her hysterical laughing. But that only added to the bizarreness of the play with its incestuous relationships, murder and who knows what else! 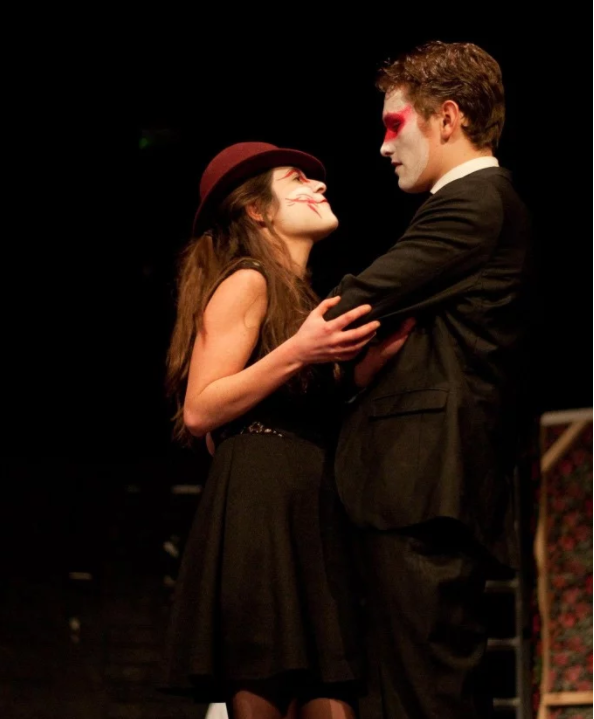 Face-paint and fake blood (which I shall not disclose information about) were also put into practice. The crazy (but were they really…?) characters donned Kabuki style white faces, emphasising how they will forever remain one character. Charlotte Green as the Mother was Helena Bonham Carter-esque and the Father did look as if he’d just stepped of a Starfleet ship, but as the second half progressed everything was so absurdly Tim Burton that it didn’t really matter.