Durham's beloved guilty pleasure nightclub, Jimmy Allen's, has announced this evening that it will not be reopening its doors until further notice.

The club has not been open to students since their return to Durham for Epiphany Term. 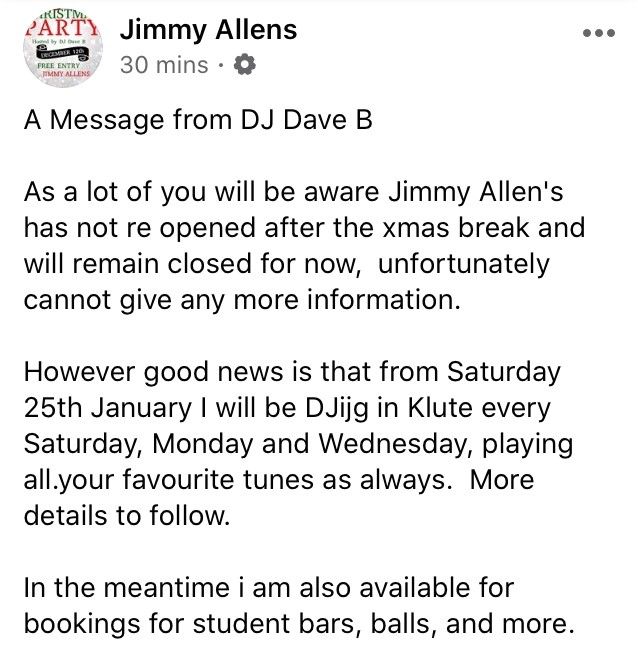 The post reads: "As a lot of you will be aware Jimmy Allen's has not re opened after the xmas break and will remain closed for now, unfortunately cannot give any more information" (sic).

The club has not yet provided any details as to why it has shut down, or when we can expect it to reopen.

DJ Dave B has, however, announced that he will now be DJing in Klute three times a week, and is also available for private bookings.

Jimmy Allen's has been contacted by The Tab Durham for comment.

Oh to be one of these 35 wholesome, nostalgic and savage ‘oh to be’ memes

Oh to be this funny