This is the reality of classism at Durham

During a night in the Library Bar, a private school boy offered me money for sex just because I went to state school. It was an example of classism and sexism that's tied into many people's experience of Durham University culture. This is what happened.

Around the start of third year of studying at Durham, I was at the Library Bar and met up with a big group of people for drinks, only one of which was someone I knew well.

A DU student, who knew a couple of people in the group came over, and I became slightly on edge with this chap. He hadn’t been drinking but the way he held himself, and some of the things he dropped into conversation, made me cautious of him. But we were in a large group, so I didn’t need to directly deal with him or judge him too harshly.

Soon after, we all split off and I ended up having a one and one conversation with the chap who I’d already mentally noted. The conversation didn’t start badly – we talked about sociology and French. Quickly, though, the conversation became a dry, smug reeling off of what he felt made him a catch. By his own account he was very sporty, had numerous sporting achievements, plenty of internship opportunities, and had gone to prestigious private schools in England and internationally. 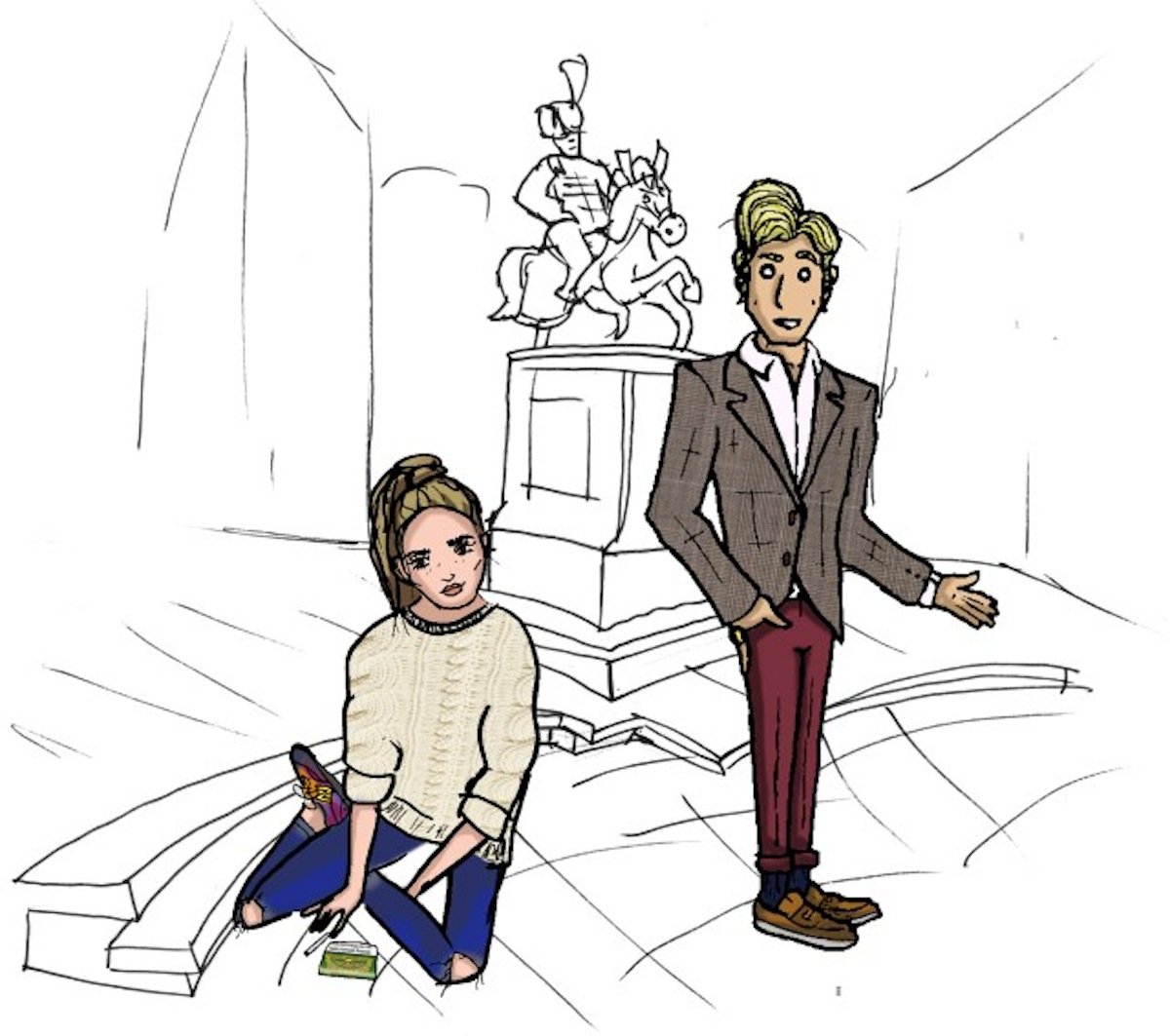 I didn't feel threatened. I could see a friend just a few metres away and we were in a busy public place. After a bit more of showing off about himself, I said I wanted to leave and go chat to my friends. I didn’t like him, I’d been sat in the same place for ages and I’d finished my drink. I just wanted to move my legs and leave his company.

He then, perhaps because he took my obvious lack of interest as a challenge, manoeuvred his body in a way which would have meant I would have had to clamber over him awkwardly to get out. I sat back down, knowing that the best way to make it out easiest was to make him feel like he’d won at this imaginary game I think he’d now created in his head.

Here on in he changed his tact. He complimented me on my body, drawing attention to certain body parts. Then, he asks: "What school did you go to? You're clearly not a chav because you're dressed like that."

Confused, as I was wearing a Primark skirt, an M&S polo neck, and some boots, I said: "Oh, actually I went to a state comprehensive." He didn't believe me, which was a bit annoying.

He wanted to bond with me over people who went to state school being chavs. It was annoying how often he used the term, how he thought it was ok to do so, but most disturbing was how enthusiastically he talked about people he felt were below him purely because they were not lucky enough to be born into a rich family. This mindset didn’t surprise me massively, but the openness was, I admit, a little surprising.

I made further attempts to leave, and again he blocked my way. Making it clear I wasn’t interested by this point, I had started dropping any facade of politeness. He invited me to his room, which I declined strongly.

"I'm not here tonight to pull, and I'm not particularly attracted to you. The conversation's been fine up until this point, but I don't want to continue this conversation," I said.

At this point, he asked for my number. Not particularly wanting to give him my number, I said he could give me his. He replied that: "I don't give my number to people who went to state school."

He asked me for sex, just in case I hadn’t gotten the point. Again, nose curled, I declined. "Oh, but you went to state school," he said.

Genuinely baffled at what he was talking about, I asked him what he was on about, saying "how are those two things related?"

With a look in his eye I will not forget, said "I'll pay you for sex."

Clearly, because he felt I would need the money if I went to state school, as a member of the bottom 93 per cent of the population who also didn't pay for their education.

Feeling like I was in some sort of exaggerated social commentary on Durham culture, I stood up, barged past, and told my friend what just happened. Naturally, my friend got very angry at what had unfolded. When we told the group we initially came with, a couple of people who knew the guy said they weren’t surprised, that this sort of language and behaviour was not out of character for him. We all left, all annoyed at what had happened and how it had dampened the mood.

Though this incident was the most extreme example that I've been on the end of at Durham, the motivations were not new to me. During my time at Durham I’ve experienced first hand a culture of classism and sexism which often intersects and plays out in numerous ways. The point of telling this story publicly isn’t to make anyone gasp at the shocking nature of this particular incident. Yes, it’s a story.

But far too frequently, students at this university act in entitled ways to things in general, but also to others' bodies.

It’s not on and it shouldn’t be something we all just accept as a pleasant or desirable way to be and act.

Cases of powerful and wealthy men wielding such social capital to get sexual gratification from women plays out in the news, but it’s also happening on the campus I’m currently studying at.

Durham sits just behind Oxbridge in the list of Russell Group universities with the highest proportion of private school students. The university has the second highest number of cases of sexual misconduct over 7 years in UK universities.

It can happen anywhere to anyone, but the fact Durham disproportionately has a wealthy student base means sexism and classism are prevalent here like it is might not be on other campuses.

I want to make clear, I don’t think all people who are rich or male behaviour in such questionable ways. I simply want to draw attention to a social phenomenon of men of privilege, acting in ways which isn’t on, especially at Durham. The first step to stopping this is talking about it openly and without fear, and that is what I fully well intend to do.