The realities of being a sober fresher

Being able to remember the whole night is not a blessing

I made a friend during freshers’ week. While I was busy contemplating whether I had already peaked, he was still trying to introduce me to new people. At one point in the second week, we were chatting to someone. Eventually he asked whether we’d been out much. My friend confessed he wasn’t much of a clubber but did not hesitate in outing me, quickly adding “but Ed’s been out every night for the last 13 days!”

Our new acquaintance looked at me, his eyes full of wonder. He’d found another sesh-lover. Another vestibule of the sesh. (A seshtibule if you will.) That admiration soon turned to disappointment when I informed him that I do not drink. I was no longer a hero, but a fraud and a trickster.

Obviously everyone asks why I don’t drink. It’s a difficult question to answer. At home it was easy to play the “I’m driving home” card; this excuse even worked at my own 18th (it was obviously too lit for people to realise I was at home.)

At uni, however, where almost every club is a 25 minute walk from college, the designated driver excuse is just not as effective as it used to be. So when it comes to answering the question I have to flex my improvisation skills and make up an answer on the spot because, honestly, I don’t really know why I don’t drink. I think it’s probably the commitment that’s scaring me off. Or maybe it’s the desire to prolong a childhood that was never fulfilled and so a need to avoid the symptoms of adult life. Or maybe I just can’t be bothered. 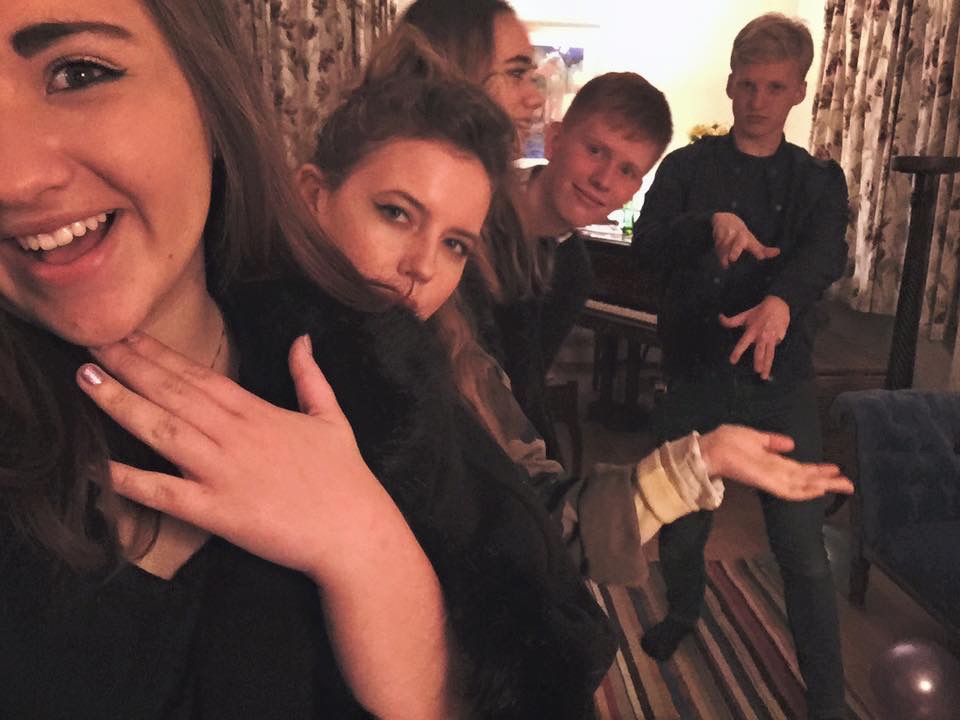 The only actual picture from my 18th. I swear it was litter than this before everyone left.

People often tell me that “alcohol is so much fun; you should try it!” This is not new information to me. And, if we’re being honest, a guy I’ve just met, sitting on the pavement in Newcastle, stuffing McDonald’s fries into his half-dead friend’s t-shirt is not the best poster boy for alcohol. Actually, who am I kidding, that was definitely the best advert for alcohol I had in Freshers’ Week.

A sober night out, every night out

Contrary to popular belief it is not hard to enjoy a night out sober. Not even at Klute. (Maybe at Jimmy Allen’s.) Therefore I find myself out in a crowded dark room surrounded by other students at least a few times a week. But what does a typical night out look like for someone not drinking? 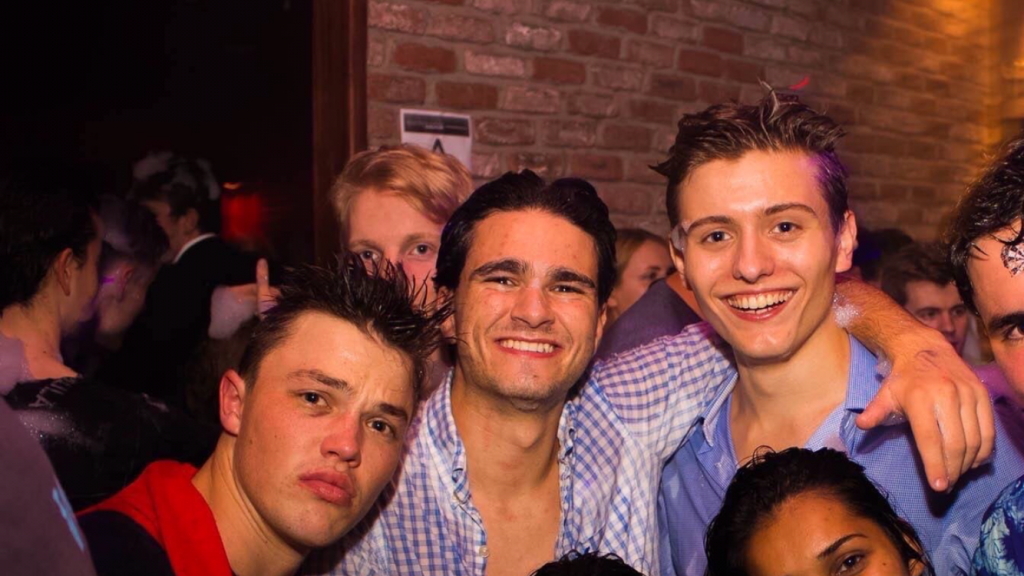 Look at those tired, sober eyes hiding behind the porcupine.

Soft drinks don’t quite work for ring of fire

Drinking games are great, aren’t they? Don’t you just love sitting awkwardly outside a circle of people playing ring of fire, occasionally sipping your soft drink while your friends are downing shots of vodka? Let’s face it – no one actually knows all the rules of ring of fire – yet for some reason still insist on playing it every other night. Thus I often find myself, as a non-drinker, being put in charge of looking up the rules online and from then on acting as a game-runner, like a latter-day Stephen Mulhern. Although I maybe give off more of an Ainsley Harriott vibe. 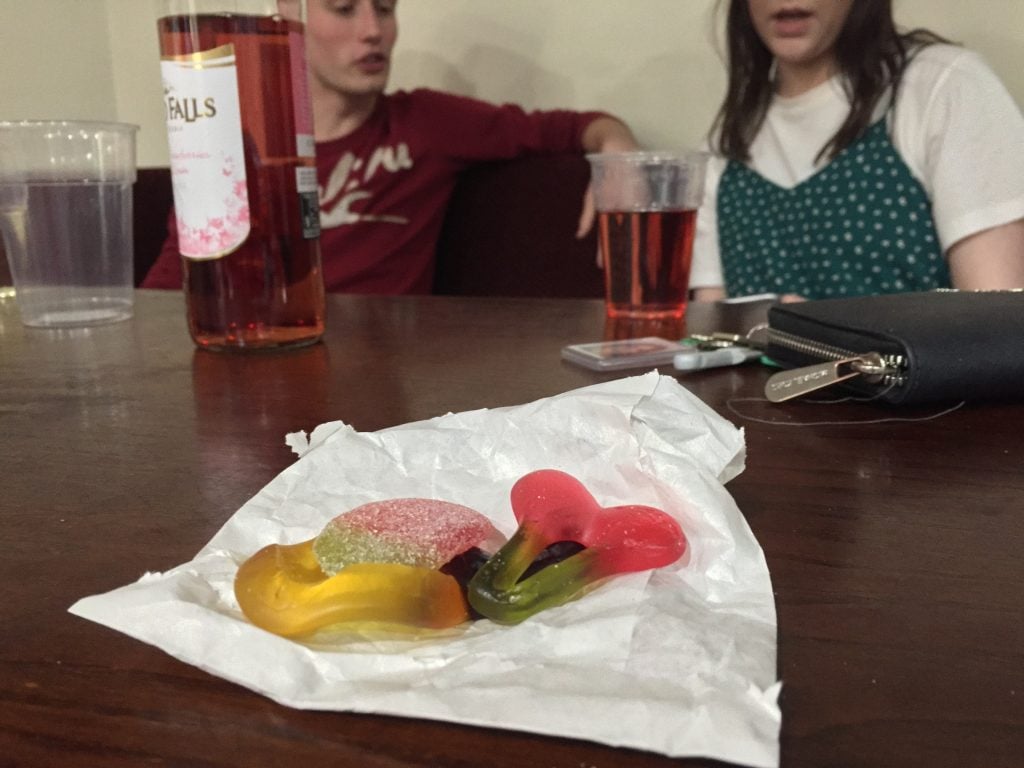 Clubs are fun. Being sober doesn’t really change much because you’re often riding off other people’s inhibition; it’s like surfing the wake behind a speedboat (or something like that; I’m not a scientist.) No one cares if you’re dancing like a freak because, chances are, everyone else is dancing like a freak. Especially if it’s in Klute.

Of course, clubbing wasn’t always this easy. Much like the ironic use of words like ‘lol’ and ‘legit’, I began dancing in clubs to parody the idea of dancing in clubs. Over time however, much like ‘lol’ and ‘legit,’ I realised that having fun in clubs had its own intrinsic value outside of the amusement I took from parodying it and so began actually enjoying clubbing for the sake of clubbing. Legit. 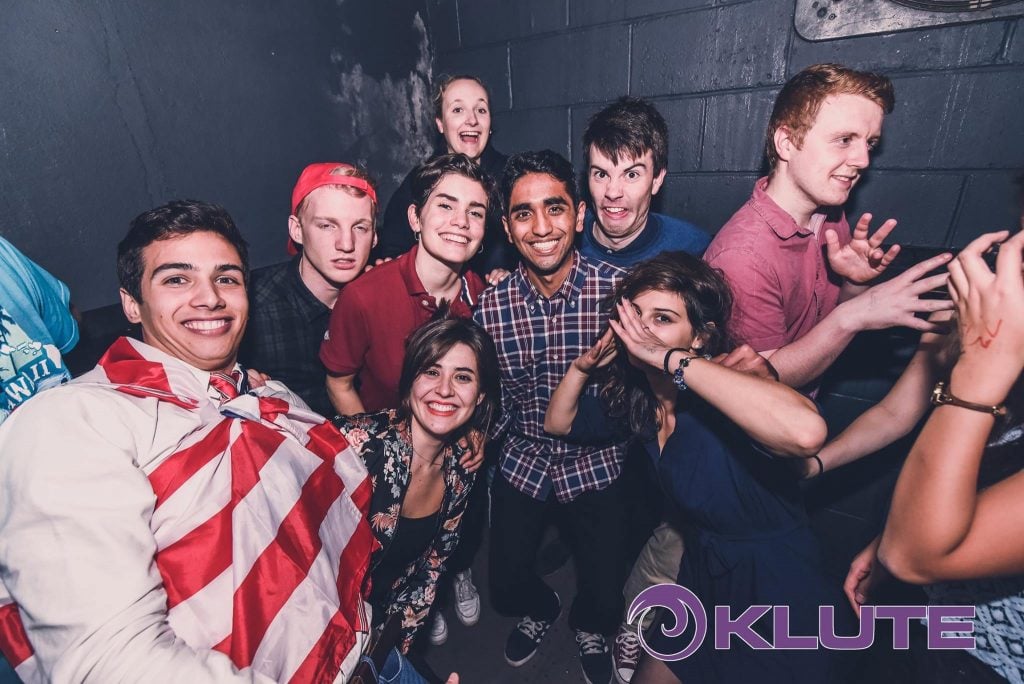 I didn’t realise it was possible to be this ugly within the known laws of physics. Let alone whilst being 100% sober. (I hate myself)

It’s not all fine and dandy though. I’ll often find myself in the dumps at random times and so have to leave halfway through ‘Reach for the Stars,’ or whatever other classic is tearing up the club. Sometimes I can just sit in the smokers’ area for 20 minutes thinking about life and that essay that I am definitely going to get started on soon. It’s far easier for real life to creep into your night out when you’re sober.

There and back again

The journey home is a sobering experience for everyone. This is where all the harsh realities of a night home strike, whether it’s the realisation that you’ve got reading to do for tomorrow’s 9AM, or the sight of a girl being sick into a graveyard – I assume due to excessive drinking, not from some sort of spiteful moral position against graveyards. The journey home is also, however, where some of the most poignant moments of a night out; moments that are both one and same for drunk and sober. At the end of the day, everyone can appreciate a greasy chicken nugget. 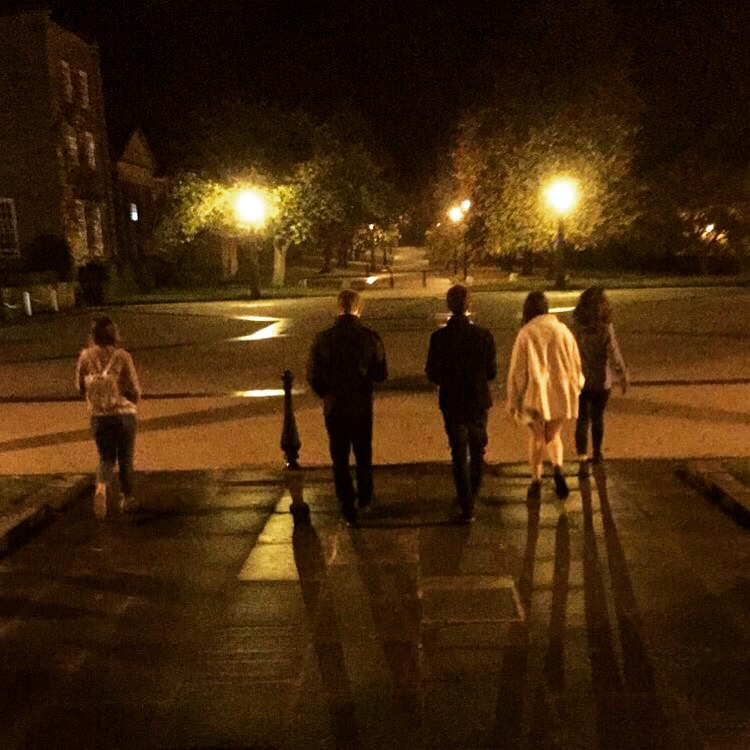 I take on the role of official night-out photographer. Who am I kidding, that’s not because I’m sober, it’s because I’m an absolute maverick behind the lens.

There are always some responsibilities you feel necessary as the only sober one in the group; I might be shepherding my friend out of the road, or I might be ordering nuggets for my friend because she’s scared of the cashier. These responsibilities aren’t exclusive to the sober clubber, but being sober means we have no culpable deniability if any of you do get run over – it’s mainly to secure my own peace of mind.

People might point to the obvious advantages of not drinking, saying that it’s cheaper and healthier. I don’t feel, however, that these are tangible benefits; I am as sick as any of my friends, often find myself having longer lie-ins after a night out, and am still dirt poor. Not drinking isn’t really all that different from drinking. Though in a world where most people drink, especially if they’re going out, being the only sober person in a group can sometimes feel quite isolating. But at the same time that seal of acceptance can be a solidifying bond between great friends.

People sometimes tell me they’re jealous that I can actually remember what happened on a night out. We danced and then you cried because I ordered you an 8-inch pizza instead of a 10-inch. Memory of a night out isn’t really a great privilege.